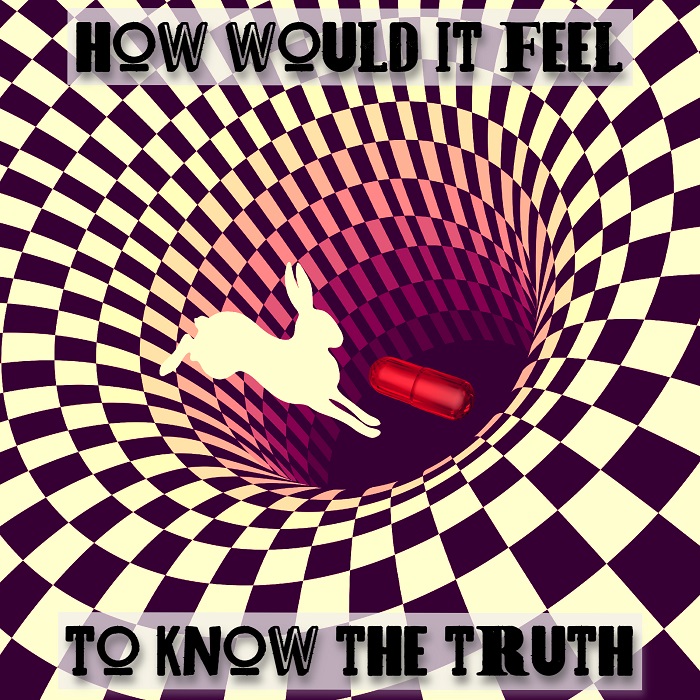 Indigo Daydream returns with a new single that quickly transfixes you with an ambient rock feel that keeps you drifting and holds true to that staple sound Indigo Daydream is known for.

"How Would It Feel To Know The Truth" is a bit of an existential track and it's progressive nature flows seamlessly as the guitars and classic rock style keys come together bringing both 70's and 90's styles of rock into one massive single.

The chorus sneaks up on you by the second time around, grabs you from behind, and pulls you in.

It's all quite dreamy really but that's the approach really. Indigo Daydream has a very lush palette that all feel like clouds drifting beneath the surface of a rock song with some great riffs and heavily melodic vocals.

Great melodies flow over one and other keeping things full and the slightly distant style of production is key here.

The track is like waking up from a dream and then hurrying to get your self back to sleep in hopes you can get back there again.

Very rarely does it work but sometimes the essence of such a thing is captured and "How Would It Feel To Know The Truth" did exactly that somehow.

This isn't the first time we've had the pleasure of reviewing Indigo Daydream and hopefully it won't be the last either.

The artist is one of those who has truly found their sound. Being able to have a vision and bring it to fruition isn't an easy task most of the time.

Indigo Daydream manages to pull it off without a hitch.

This was woven wonderfully and, as usual, performed with a certain passion.

Touches of a rock vibe we haven't heard in a while come in and offer a slightly nostalgic side as everything takes shape.

Hitting topics that make us think a little deeper, the artist is able to tap into something we don't always think about at all and bring it to the forefront of our minds.

This also makes things even more alluring than they already are normally.

This was a fantastic track and we should all keep a good look out for Indigo Daydream in the next year as it seems like we can expect more.