An Interview With Jagged Baptist Club 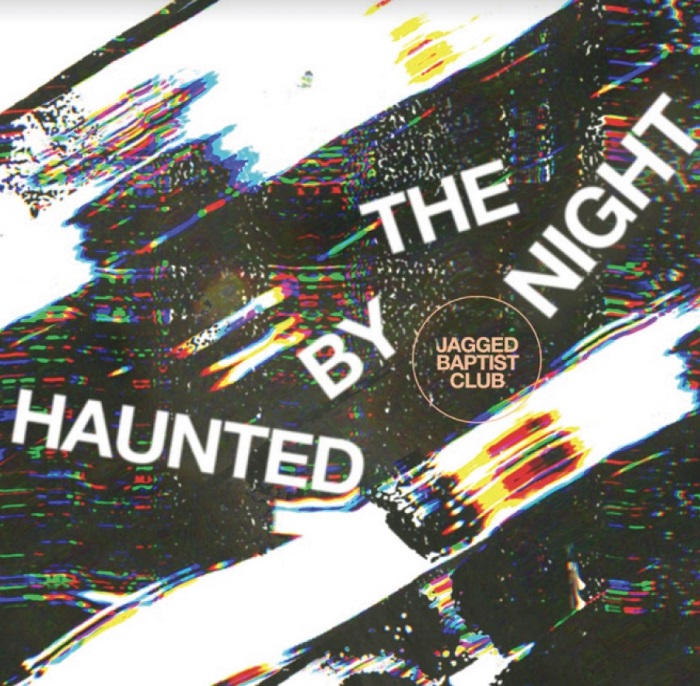 Jagged Baptist Club just released an incredibly vibrant and fun single that crosses borders and genres to med into something that oozes alternative pop but with even more color.

"Haunted by the Night '' is super danceable with its four on the floor beat and its deep rooted fuzztones, and all done with a tasteful and addictive energy that's just plain hard to beat.

This is something that mixes bands like Arcade Fire and The B-52's together. It's got punch and gusto but also has this youthfulness to it that thrives throughout the song's course.

The song is off the wall and built to be an outside the box pop banger and that's exactly what it is.

It gives the feeling of seeing the band play live and the song hits the ground running from the get go.

This single feeds off of driving beats, layers and textured guitar sections, and lively vocals that become anthemic quickly.

The track is alive and breathing and boasts such a vivacious palette of soundscape that it's almost overwhelming. Except it's not.

It's just right as a matter of fact.

Jagged Baptist Club shines with character and swagger from start to finish and this song should be used as an example of the band's powerful style and presence.

With such a killer single, we wanted to sit down with the band and talk shop. Here is what happened.

TSWS: Okay, let's start with "Haunted By The Night". This track has a wild energy and a cross over sound genre wise! The feel is awesome! Where did this track come from?

Blake: The song began with the drum beat at the start of the song.  It’s a beat I’d always wanted to use, so it started as a little bass and drum demo I did.  I then brought it to the band and we worked up a basic structure after which I went back and added a vocal.  I wanted it to be a real balance between super minimal verses that build into a fully saturated chorus.

Josh: We wanted something for people to dance to, but also something spooky around the edges.

TSWS: I'm hearing some great rock and alt-pop styles on this song. Who are some of your biggest actual musical influences?

Josh:I think we are each inspired by different things personally and we’re able to reference those when coming together on a song. For me this song draws on a lot of my love for the Faint, Brian Eno, and the Birthday Party…

Morgan: The band as a whole has many different genres as it’s inspiration but at the core gets the same ideas of what the we should sound like. Some of my influences sonically come from the classic rock n roll sounds of bands like the rolling stones and zeppelin, loud. With some of the style from more modern bands like at the drive in and bloc party.

CJ: We all have very different tastes and influences, with just enough crossover to make it work! For this song, I was more so focused on finding something that would be as intriguing to hear as it was to play.

Blake: We formed as Jagged Baptist Club in 2018.  Morgan and I had been in a different band before and Josh would play keyboards with that band live, once we found CJ we were off and running.

CJ: As the tenured “new guy”, I’ve been playing with Blake, Morgan, and Josh since 2018. They had just finished writing the debut record, Reptile Super Show, and I joined during the rollout and haven’t looked back since.

Morgan: We were a band previously under a different name and we’re starting to write music that didn’t align with that previous aesthetic. so we decided to start fresh with JBC. With a new member (Cj) and a new sound we were free to make what I think we were supposed to be in the first place. Some damn good rock n roll.

TSWS: How do you guys write your songs? Is it lyrics first or guitar chords? Do you write them together at the studio?

Blake: The majority of our new materially is really really collaborative. It’s almost always the music first and once that’s feeling good I’ll start to improvise melody and words at the same time.  Then once I have a good lead on that, I’ll take some time alone to really figure out the lyrics.

Josh: Some of the songs are all Blake, but a lot of the stuff on this record was really collaborative. One member would have an idea for a rhythm or mood or concept of a song but everyone added to the final product.

Blake: The single “Haunted by the Night” is out Sept 3rd and to celebrate we are doing a residency here in LA, every Wednesday in October at the legendary Silverlake Lounge.  Then our second full-length drops Oct. 29th!

CJ: The big focus is getting our new record, Temptation Death House, released and out into the wild! It’s been a lot of up and down trying to navigate a release strategy during a global pandemic, so we’re very excited to be able to share this with you.

Blake: Just like every other artist we are doing our best to navigate an ever changing landscape when it comes to live music.  Right now it looks like LA can pull off safe, local shows, so we are certainly doing that.  And we plan to come over to the UK once conditions allow.

Josh: Getting into more peoples ears, playing as many shows as we can, visiting new cities and fingers crossed, getting overseas for a tour next year.

Morgan: The same thing we do every night… try to take over the world. Also our second album coming out near the end of this year and our first residency in September.

Josh: Yes. As long as its allowed and not flagrantly unsafe, we wanna play.

CJ: We do have shows yes! But what this past year has definitely shown us is that there are more ways to be productive and hard working as a band than just performing! So we’re very excited to be able to play, but also flexible if that goes away again for a little bit.

Blake: The pandemic allowed us to slow down in a way that we just wouldn’t have otherwise.  It allowed us to finish the album the way we wanted to, really strategize on how we wanted to release the new music and develop a strong vision of what we want to achieve and where we want to go next.

Morgan: It’s been a good time for us to take a second to  dive into previous ideas, make our current songs better and take opportunities we would normally to get music places we weren’t before.

Josh: We were lucky in that aside from strict quarantine at the beginning, we were able to keep our jobs and keep playing together throughout the pandemic.

TSWS: You guys are crushing it! What sort of advice would you have for up and coming bands out there?

Josh: Be genuine. Take yourself seriously, but dont be an ego monster, be respectful to people you work with.

Morgan: Put the time in. Intention is worth more than technique.

Morgan: Thanks for taking the time to listen to something we put a-lot of blood and sweat into making.

CJ: Thank you so much! We appreciate all of the support and thank you for enjoying what we do!