An Interview With Jaymen Swygert 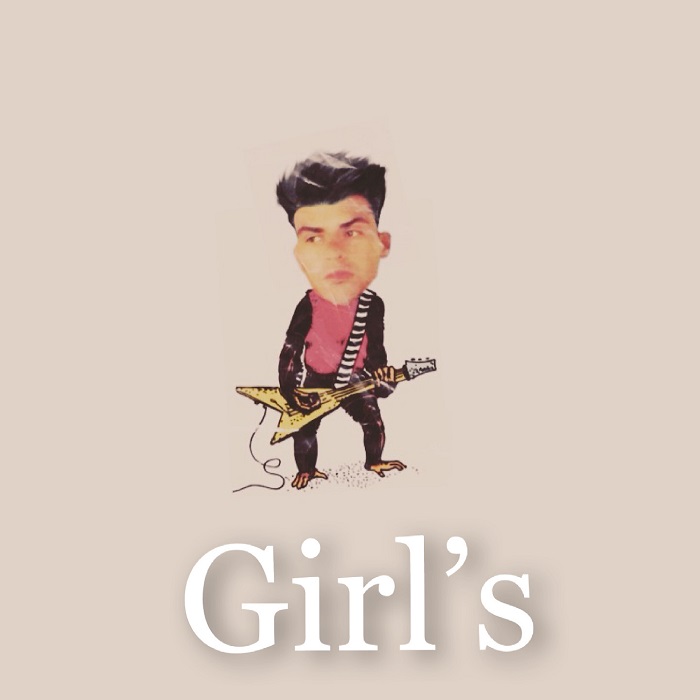 A killer new release from Jaymen Swygert touches on a classic retro alt-pop vibe with an array of keys and synth ads to go along with a vintage beat and brings it all into an indie-pop setting to create something with its own atmosphere.

"Girls" is an absolutely danceable romp through genre-bending songwriting and it all comes through with an ambient undertone and a great pop sensibility.

The track is catchy and full of life as guitars jam along and vocals give off a real indie perspective and tonality.

Swygert certainly didn't hold back utilizing classic synths to create a vintage pop feel and did an amazing job with the arrangement and pure youthful energy of this one.

You can literally hear the amount of fun the artist had performing this single and his love for his craft is purely evident.

Swygert puts his all into his music and this makes it shine.

The track is full of wonderful pop textures and hooks, notes and sounds that drift through the ether, and an infectious rhythm and style that hits crisp and clear.

"Girls" is a damn good time and speaks volumes for indie-pop artists that make music because they love it.

That warmth and that bounce packs a tasteful pop punch and for Jaymen Swygert, this is only one of a group of singles released that all hit that mark the same way.

With such a colorful single, we wanted to have a chat with the artist to find out where this came from and what's next for him.

TSWS: Okay let's start with "Girls". This track has a great beachy indie-rock vibe to it. Where did this track come from?

TSWS: I'm hearing some retro sounds on this track. Who are your biggest actual musical influences?

For this Track specifically I’d say my biggest influence was like the wallows mixed with like Empire of the sun. My music overall I’d say I’m trying to give off a alternative rock vibe but very open to different types of Genres to infuse with alternative. So like Oliver Tree and Dominick Fike probably I’d say.

I could always play  instruments growing up but when I started to learn how this computer software works and stuff it made me think about all the cool sounds I could make. I believe I have a lot of  different perspectives In life that I show in my art with not just music but I just like to create things and see what I can do for it to be more interesting.

I’m changing my vibe a-little bit. Going more towards a more alternative rock type. I just really love that old school alternative sound. I also love rap believe it or not rap culture is just so interesting and cool to me especially nowadays. But what I really feel like I could do something with is that old school beastie boys type of vibe.  I’m a big fan of funk music also. I like sounds that you really just can’t help but dance too.

Right now I’m 23 years old I work as a carpet cleaner for a mom and pops business in Charleston SC. I played hockey growing up. I left home at 16 and played juniors till I was 21. Then played one year of college hockey in Maine. Hockey is my other hobby I love and can’t live without. It’s one of those things that just clear my head.

TSWS: You've been releasing plenty of singles! Any advice you have for other up and coming artists out there?

Don’t be nervous and just keep putting music out. My first song was a wack rap song and it was pretty embarrassing. I got roasted by all my friends. But i learned how to make music on Computer software. But I just kept making more and more stuff. People said it was stupid but who cares right? Now people are asking when I’m making more. Never thought was gonna happen let alone be interviewed about something I actually made. Especially when I made that rap song that believe me was the cringiest thing I’ve ever made. I’m learning more and more every song. Are you hurting anyone? No. Music is a powerful thing  if you have a strong connection with music it’s very hard to just stop being obsessed with it. Well at least for me.

I ben really listening to a lot of Oliver Tree, Dominick Fike, COIN, Bad Suns, Playboi Carti, Cage The Elephant, Kenny Mason, and the Wallows. It’ll change in a week I love to listen to different genres it gives me more ideas.

Yea hopefully I’m trying to make snippets for my music on my instagram just so people get my aesthetic and understand me more as an artist and where I’m coming from or what my vibe is. I think the new Trend of lyric videos are genius.

TSWS: How do you write your songs? Is it guitar chords or lyrics first? How does it work for you?

I usually write first but by the time the song is done I have added a lot more in just from hearing it over and over again. I want to make sure I get the message across but also make a song where if you couldn’t make out what I was saying your still jammin in your car or wherever you are. I notice when I write lyrics I’ll be done with the song but it will actually make more sense backwards which I don’t understand. I just want to have something where you wanna actually play it cause you like it not just cause some guy you know made a good song.

I’ve struggled with depression and some addiction issues. I’m also a goofy guy in general I appreciate sad times in life but also appreciate the good times it’s good to have both experiences. Sometimes I just like to be sad. I also think a couple little funny lines in lyrics is cool too. But just things from my past and just life in general how I feel what sounds right and I don’t know it’s just the vibe I guess.

Thank you so much for all the support! I obviously wouldn’t have an opportunity like this without you guys. And stay tuned for some more stuff I have coming and who knows after that.