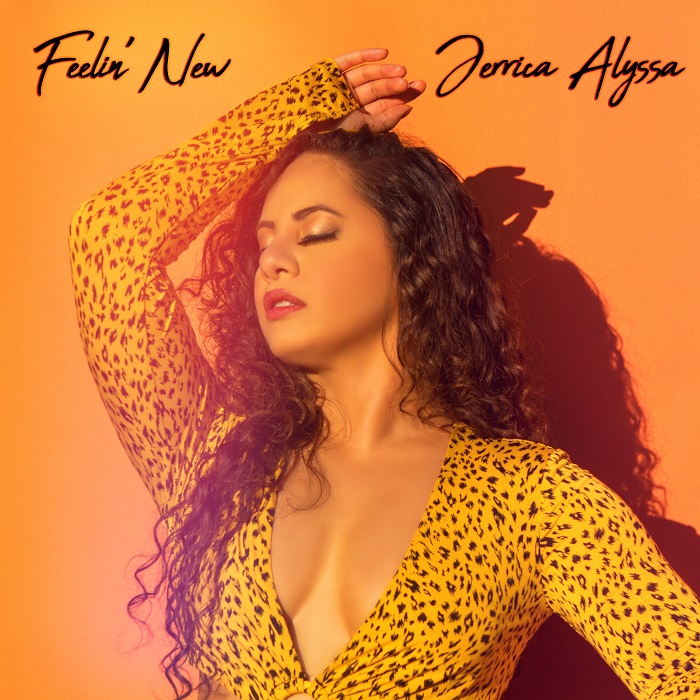 A brand new single from Jerrica Alyssa nails that colorful pop sound that touches on a retro vibe and brings in elements of synthwave and R&B along with a vibrant and ultra catchy chorus.

"Feelin' New" brings some classic sounds to the table with dance piano, electronic synths and keys, lead guitars, and a passionate vocal performance that feels great to listen to.

This track sounds almost like something you'd hear in the end credits of a film from the late 80's and that vintage vibe is undertone but strong.

The track has an ambient breakdown and explodes back into its hook with a youthful energy and a huge gusto that is incredibly addictive.

This is one of the most electric songs you've heard in a while and it's fierce and fun at the same time.

The song follows a single released called "I Won't Be A Fool" which is a more soulful song with classic songwriting style that's brought into today's world and sound.

A track like that isn't easy to pull off but Jerrica does this all without a hitch.

As a performer and vocalist, the artist has a ton of soul and sings with heart that spills over with every single note.

Releasing songs since 2018 on Spotify, Jerrica has grown and evolved a lot since her earlier releases but it's all a wonderful catalog of music to dig into.

Most of it gives you a warm feeling and sounds freeing and alive.

That's just the kind of artist she is.

She gives it her all with her songs and each one has something a little different to toffer at surprises and pleasures.

A soulful, R&B singer with a pop style and records music with no boundaries.

Can you beat that? No, not really.

We suggest starting with "Feelin' New" and going back through her songs from there.

Her full EP of the same title will be out in late April.

You'll find a lot to add to your playlists.