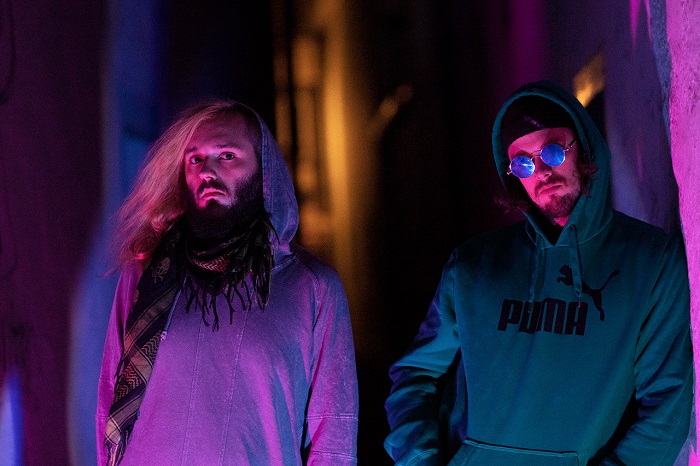 A brand new album release from Jody Bigfoot brings conscious hip-hop to a different place with deepening sounds, and an edgy undertone that plays out with honesty and descriptive lyrics that can get existential.

The album is laced with ambient sounds, swelling synth pads, and an array of instrumentation and sounds that create a huge and alternative rap opus.

The phrasing of each track lyrically is outstanding and there are new and creative synth sounds on each new track.

This record feels like a concept album that is a hell of a lot to soak in, but feels awesome to do so.

Spacey elements and almost dark psychedelia fill the atmosphere of the record and Jody Bigfoot really does build a whole different world for you to step into during this musical journey.

Most tracks leave you with something to think about and one of the heaviest ones is dubbed "Duszt" which focuses on the cycle of life and death and this one also comes with a music video which we left below for your viewing pleasure.

These guys are absolutely killer and you can easily tell they are in love with their craft as the heart shows in every song.

We could really use more hip hop like this. Sounds that stand out and don;t follow the same old formula but have the gusto and passion to say what they want to say exactly how they want to say it.

Jody Bigfoot hold nothing back and don't release songs with boundaries or barriers and this is why they are so damn addictive to listen to.

From beginning to end, there are plenty of surprises around each corner and they can all pull you deeper into the sound.

Luckily we have a full length album from them, and we hope there is more to come in the near future.