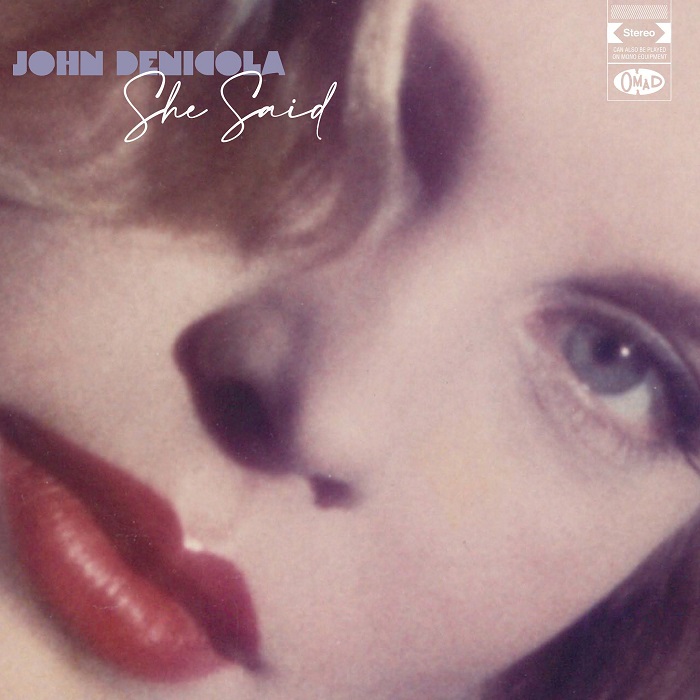 A new release from John DeNicola touches on a smooth and sultry style with a genuine 70's aesthetic that feels warm as contemporary pop undertones shine through and you fall deeper into its groove.

"She Said" is loaded with textured instrumentation from walking bass lines to retro driven synths that all form into a jazzy disco slow dance.

The song feels like walking along the edge of a dream. You can feel yourself waking up but you fight to get back cuse you'd rather be there.

The sounds are lush and swim around you and you start to feel that nostalgic undertone kick in.

The track has an indie-pop sheen to it that feels current but that classic style is strong and it really does feel like something that would have been on the radio decades ago.

Like fashion, music too cycles in terms of coming back to a style and DeNicola knows exactly how to write songs that capture a sound that makes you think twice about whether or not you've heard it before somewhere.

"She Said" lets you float along with that natural swagger and doubled up indie style vocals that pull you in.

There are layers to this track that all melt together into one gorgeous and super chilled out songwriting style.

The single is part of a full album to be released later this year and we can only hope there is more of this sound on the record.

When you actually go checking him out further you find a number of releases beginning in 2015 that all show the growth and evolution of the artists songwriting and it's all quite nice to hear.

There isn't a single sour song in the bunch and it showcases DeNicola's ability to take different influences and spin them into his own music smoothly.

Let this one wash you over.