An Interview With Johnny Tronix 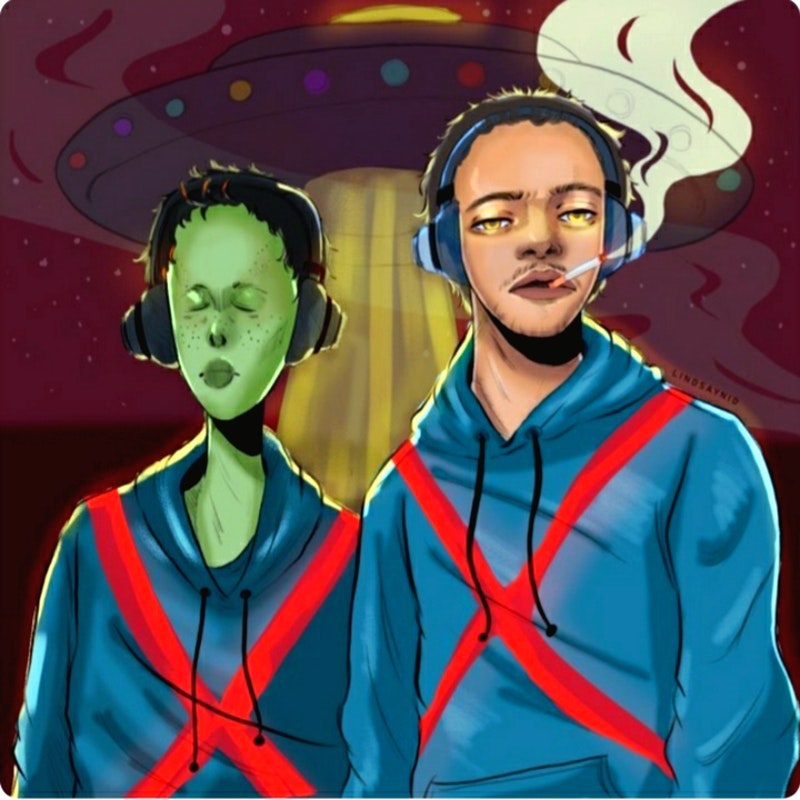 The new full album released from Johnny Tronix shows his producer skills and shines with an array of chops and glitches that all come together for a story to be told.

The At Cousin Kilp's Place (full story mode) is a unique and bright blend of digital sounds that work like a concept album each with sampled vocals to add to the adventure and it's all done with a fun and enticing swagger.

The record is like an acid trip of experimental beats and blended sounds that fill the air and give the record it's own vibe.

Since we last met Johnny Tronix, we have been awaiting this new record as his last was just as vast and in depth along with it being so outside the box.

You can read our full review of his lat release Chopped Binary here.

In the meantime, we wanted to actually have a full chat with the artist to find out much more about where this all comes from and what may be next for him. Take a look.

TSWS: Okay so let's start with At My Cousin Kilp's Place (Full Story Mode). This album is a very wild array of vocal clips, synths and beats, and it's own atmosphere. Where did this record come from?

It came from me just chilling and playing with my sounds with my super computer friend Giles. I thought of making them sound more extraordinary. A few days later we got the call from Klip and then went to Planet X to spread some jam. This album is really the story of how all that went down. It's more than just music, it's an entire tale told by the Binary Bard.

TSWS: The album has so many sounds and a certain tone that is all it's own. What are some of your biggest musical influences?

I grew up listening to jazz and classical. When I was around fifteen I finally got into other music. It was garage rock and classic rock that got me. I had to become a guitar God. That was my goal as a teen. As an adult I got into techno and trip-hop and other weird stuff.  So I sorta combine all that into being my sound.

I actually quit making music when I was around twenty years old. I went to just writing movies and tv shows. I still do. I've kinda always done both writing and music. The thing that brought me back to music was my super computer friend Giles. Once I found out that I could make the symphony of sound inside my head come out of a computer I was hooked so to say.

I've always heard music coming out of nowhere and getting it into reality has been my lifetime goal. I also have always loved coming up with stories to write about. So, combining them both didn't really take inspiration. Creating stories of sound is kinda like what I just do

I have my next few albums on the way. At Cousin Klip's Place is just the beginning of the tale. I also am in the midst of learning how to make a good YouTube channel and I'm forever posting updates on my Instagram.

The list is too long to really say everyone without kicking myself later for leaving someone out, so I'll just say the first one that comes to my head and that's JID and Earthgang.

I unfortunately have to work st a Kroger store to make money. It sucks. Other than that I'm playing my ps5 because I don't have a ps5 yet, watching horror and sci-fi, comics stuff and writing my next movie which is another horror/comedy, my favorite genre  blender by the way.

TSWS: How do these songs come together for you? Do you have a home set up that you create it all with?

Oh yeah, I definitely make everything in my little Apartment Studio bedroom. I use my super computer friend Giles and my mic and that's it. The Binary Bard making music with ones and zeros.

TSWS: Will you ever perform live? If so, how will you do that?

I do have aspirations of performances, thoughthey would be full on shows and not just musical performances.

For sure. All any fan of mine has to do is follow my Spotify and Instagram. I'll be posting full song previews and funny clips and just me rambling about randomness and you'll get all my stuff as soon as it streams.