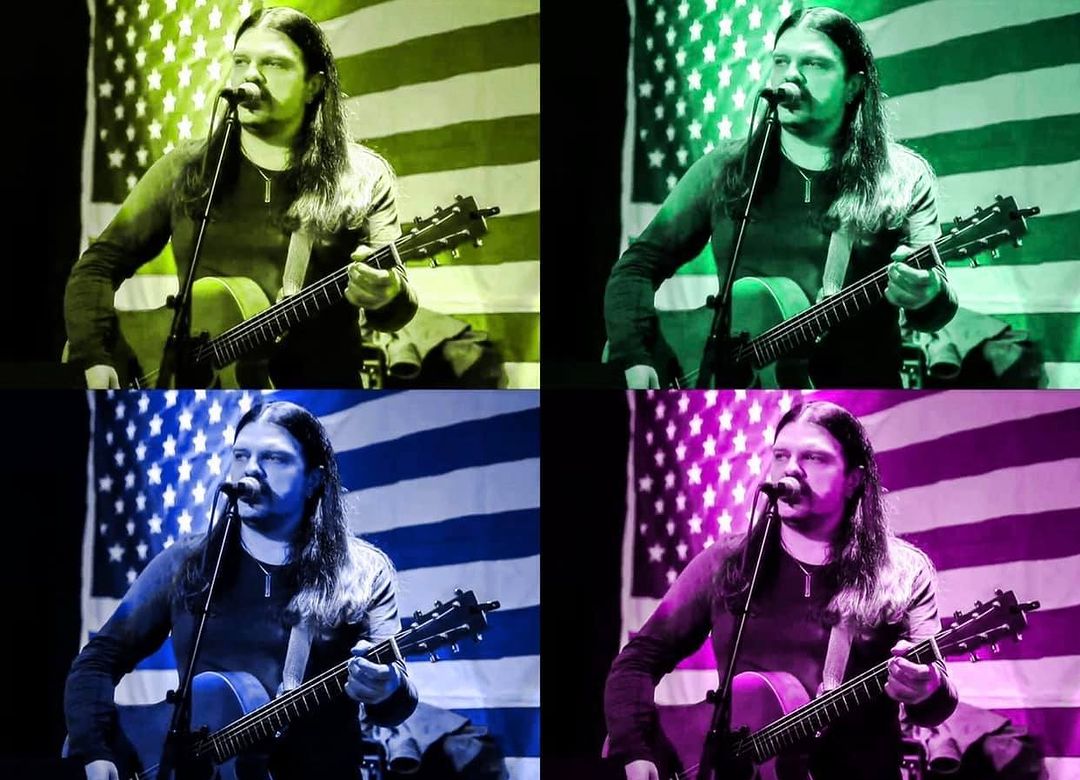 Jon Statham returns with a new single that tells a very real story that most of us can relate to in one way or another and it's pulled off with such a cinematic and powerful performance and with a deepening songwriting approach that brings the story together with gorgeous southern instrumentation that creates that country rock tonality we know and love from Statham.

"Jesus and Jameson" has this heavily impactful feel to it and that chorus that hits so hard you can feel it in your bones.

The track boasts lap steel, acoustic and electric guitar among smashing drums and such soulful vocals that truly push the envelope.

Statham creates songs that do something to you. They can change you in some way.

They can make you think or even cause memories of your own to pop into your head.

The songs he releases all have this underlying purpose and so much brutal honesty that you feel like he needs to just get off his chest.

"Jesus and Jameson" was more of a storytelling point of view. Talking about someone who felt he needed the bottle for years to figure out how to live.

The song is beautifully explained in terms of lyrics and the performance ties it all together and makes it work.

Even a song like this one bares so much honesty and truth. So many words that aren't easy to just say out loud. Yet Statham does it all like second nature.

Maybe that's why it all feels so natural.

With a song like this one we wanted to have another chat with him. We wanted to dive a little deeper and find out a bit more of the artist and his ways.

Here's how that went down.

With a song liek this one we wanted to have another chat with him. We wanted to dive a little deeper and find out a bit more of the artist and his ways.

Here's how that went down.

TSWS: Okay Jon, we have to start with "Jesus & Jameson". This one had a real genuine feeling to it. It was dramatic and had an impact for sure. Is this based on real experience?

Jon: This actually started with my co-writer Jason Martin, who wrote most of the lyrics, from his own experiences. But he and I share that story of conquering alcohol abuse and getting sober. I’ve been sober since 2001 and it’s one of the best decision I’ve ever made.

TSWS: Where do your songs come from and how do you write them? Is it chords first or lyrics? It's different for everyone.

Jon: Yeah, each song is different, too. Usually it starts with a feeling that something is coming through. Sometimes, it’s just a title. And sometimes a melody idea just on its own.

TSWS: This has a powerful enough feel for you to almost picture your own video in your head. Are you planning any video for this song?

Jon: Well, I have a lyric video for it coming on June 1st. A have a live action type of video in the works, and hoping we’ll get that out soon after.

TSWS: Do you record at a home set up normally?

Jon: Yeah, that’s the usual way I’ve recorded for many years. With these recent songs, though, I trusted most of the production decisions to the talented and legendary Billy Sheehan. It’s really something to turn over the trust to someone else with my music, but Billy, and everybody involved on this record, hit it out of the park.

TSWS: What kind of guitars do you play? Give us some insight on your setup.

Jon: I play a Martin acoustic, and a Black Tele. And I actually just bought a Strat that I’m breaking in. I’m a Fender guy when it comes to electrics.

TSWS: What are you actually performing on this besides guitar and vocals?

Jon: I’m doing all the electric and acoustic guitars on this track. But there’s other songs on the record where I play a little bit of piano and did the string arrangements.

TSWS: Have you been on any tours in your career?

Jon: I did some regional tours with earlier bands. I’ve been mostly a studio cat for a number of years. So now I’m starting to get back into more live shows. I’ve got a Memorial Day show in Los Angeles and planning some Nashville areas, too.

TSWS: Would you say your heart is more in live performances or recording the songs themselves?

Jon: I’m into the whole process. I love it all, from writing it, hearing it realized in the studio, to seeing the effect it creates live in concert.

TSWS: At this point in time, who are you blasting in your headphones?

TSWS: Did you grow up in a musical family?

Jon: Oh yeah. Every member of my family can sing and we all grew up singing in church and at home. There’s always music in our house. My dad and my sister played guitar as well. Also, my dad was a country music DJ in town.

TSWS: Do other things inspire you aside from music? Like does film influence you for example?

Jon: Living and talking to people inspires me the most. But it’s funny you should mention film, because I do get a lot of inspiration from film. And not even the movies themselves, but little snippets from them and studying the directors David Lynch and Stanley Kubrick. They are the true masters of the form and are very inspiring in a core emotional way.

TSWS: Do you have any other passions?

Jon: I love helping people. I love meeting people and traveling. The thing that will help me the most is helping other people. That’s a big secret in life. You get out of it way more than you put into it.