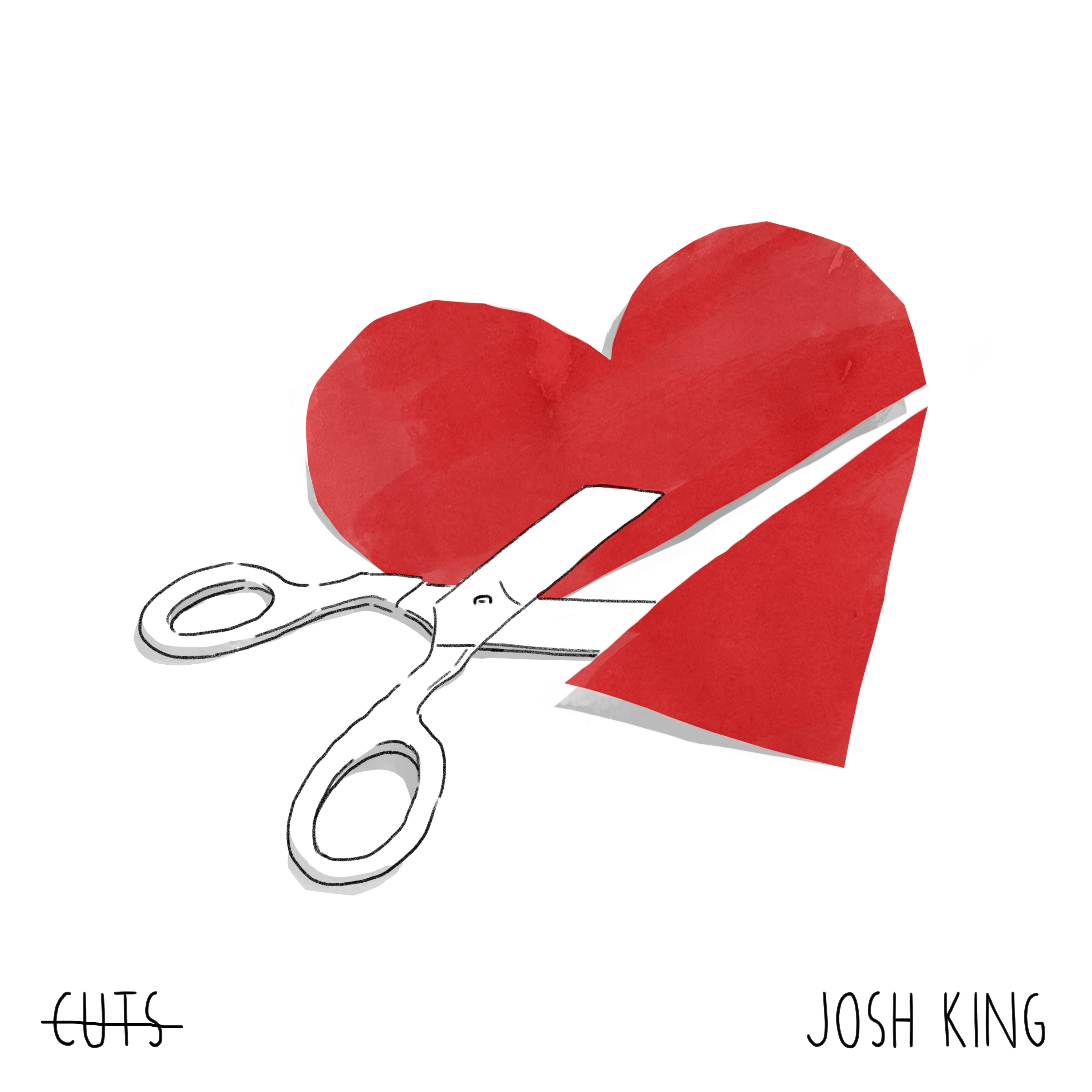 Classic synths and fervent vocals fused with a current radio pop feel takes on an R&B exoskeleton and breaks through bright and colorful.

The song has a whisper of vaporwave below it's shiny surface and sounds like something familiar but still fresh.

It's purple neon shimmer is vibrant and a bit mysterious but also touched with tastefully seasoned vocals.

"Cuts" is like standing atop a huge hill at night and looking down at the city's lights and life.

The latest in a series of singles released from King this year, "Cuts" keeps the Josh King catalog going stronger.