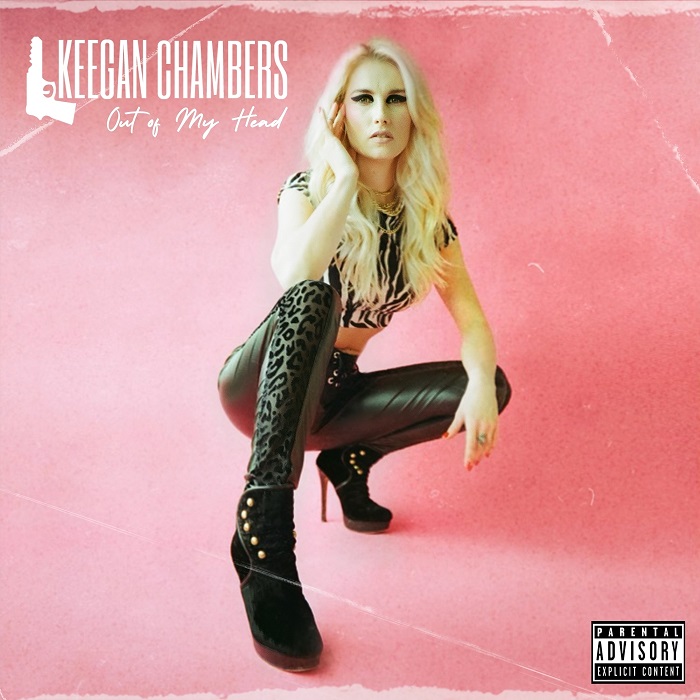 The Out Of My Head EP is lush with electrified riffs, and destructive solos that accompany the record's ambient and almost haunting undertone and headbanging aesthetic.

The songs come across anthemic and powerful but with a killer edge that makes them incredibly fun and Chambers' vocals are packed with a sultry and alluring feel that sits atop the cinematic rock perfectly.

She's got enough soul to fill you up and isn't afraid to bring in her country roots here and there as they do pop up throughout the record at times, and it works damn well.

This record is a 4 track release yet it feels so much bigger and fuller than that. Each song is a single and has a life on its own but as a whole, the EP cranks and comes together without a hitch.

A hard rock fists in the air blood pumping record with some of the tastiest guitar work you've heard in a long time.

This is part of what makes this EP so damn good. It just lets loose and crosses genre boundaries while it pumps out the type of tunes you want to crank up.

There is even a ballad that floats and gives off a beautiful atmosphere and it's outstanding especially since you don;t really expect it.

All in all, there are plenty of bangers, surprises, textures, and passion laid across just 4 songs and it's plenty to aok in, which we highly suggest you do.

Keegan Chambers has plenty of killer tracks released on Spotify since 2019 and upon listening to the Out Of My Head EP, you'll want to dive into the rest.