The Ultral Pop Of KinetiX 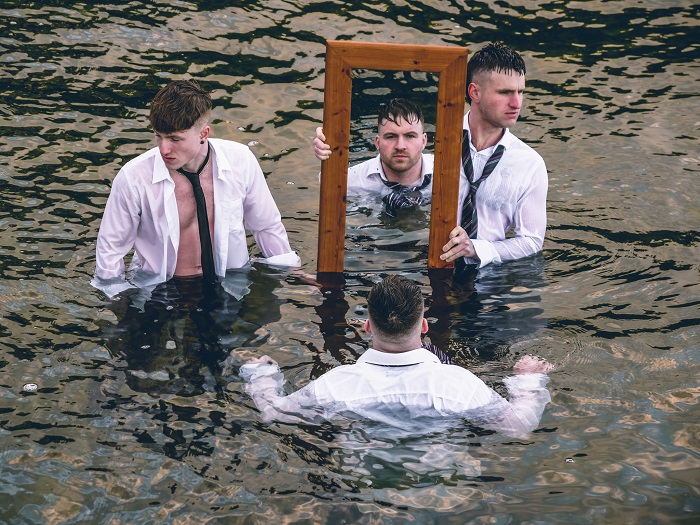 A new banger from KinetiX balances a colorful combination of retro synth pop and a current alt-pop feel with some outstanding textures and sounds and a swelling musical soundscape.

"isaidhey" is a breathing track that feels anthemic and massive but with a calming undertone as it builds into an ambient pop song that sticks with you.

The song brings elements of 90's dance, and indie vocals that create something that you endup chanting along with by the end.

You can feel the youthful energy and gusto that this group boasts and the song is a nearly perfect display of how to write a song with a great hook that works for almost any party, club, or just to dance in the seat of your car as you drive along.

KinetiX isn't new to the music scene by any means either. Their library of music released over the past few years alone has so many memorable songs and really do vary in style and even genre at times.

This band writes how they want, when they want, and it all seems quite freeing.

Yes, they are pop, but in so many different forms as they still seem to stick to a staple feel that makes them their own.

Most tracks have a brain invading chorus that doesn't let go along with some killer production and vibrancy that really bides well for the band.

Songs like "Lullaby" are radio bangers and others like "Take My Life" brings hip hop beats into an ultra pop format and it really shines.

We would suggest diving into the KinetiX catalog and starting it all with "isaidhey" as there are a ton of playlist worthy singles from these guys.