An Interview With Kinga Angelys 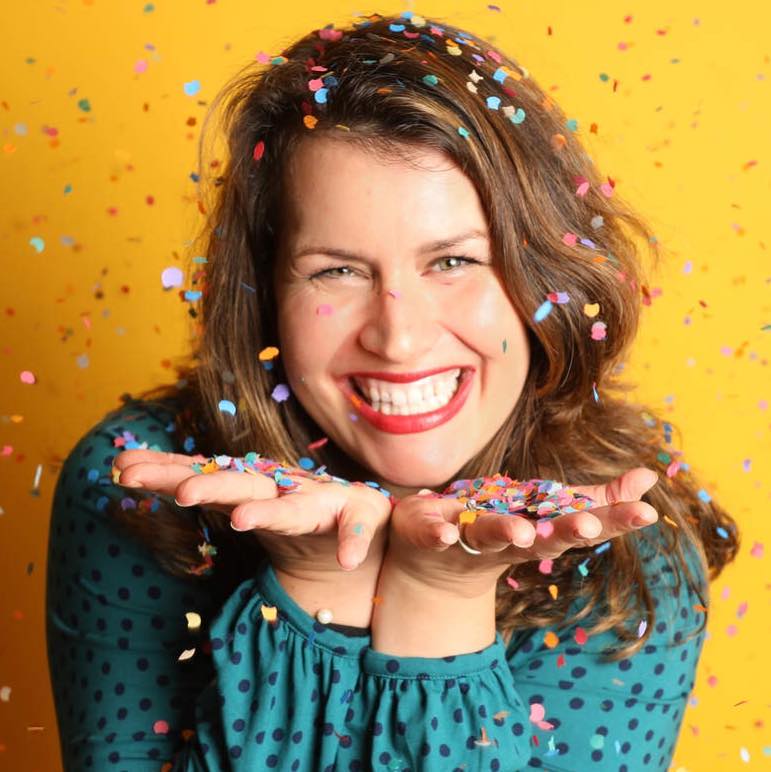 The latest from Kinga Angelys is a massively addicting pop EP called Soul Captain and it's packed with a lush variety of songs that all have an incredibly vibrant and bright feel.

The EP is loaded with acoustic guitar based pop tunes that range from get up and dance to ballads that tug at the heart strings.

Listening to this record is taking a bit of a musical journey or sorts through chapters in the artist's life as she takes you through passionate and colorfully painted music that creates a warm feeling.

Songs come through honest and real while Kinga whisks you away to her world filled with vocal hooks and an addicting vibe.

One of our favorites is the first track of the record dubbed "Parachute". This single is powerful and insanely radio friendly. Kinga has a knack for hooks and this one will have you humming it's catchy chorus melody hours after it has ended.

Kinga Angelys has such alluring character on these songs that we absolutely had to sit down and talk with her about where this all comes from and what may be next for her.

TSWS: Okay let's start with "Parachute". This track has a very pop feel to it and with acoustic backing and big string synths and changes. Where did this song come from?

Kinga: When I introduced my songs to my producer Jovan Jovanov, he had an amazing vision of how to bring them to life. When I play live it’s just me and my guitar so we wanted to create a sound that captured an emotive and acoustic essence, but with commercial potential.  The intention was to create a reflective yet uplifting track and in the end, the instrumental progression was really what lifted it to that special space.

TSWS: I also really liked "Song In My Heart"  quite a lot. Do you like the direction you are going musically right now?

Kinga: Thank you! I’m truly a multi-passionate musician but stripped down, I’m a Singer-Songwriter who loves to experiment with different sounds; I play and have written folk songs, jazz songs, country ballads, gospel hymns- you name it.  Placing my perspectives, style and songwriting under one genre has been somewhat of a challenge for me. But whether I call what I do folk-pop, indie pop, or acoustic pop, feel-good melodies with catchy hooks and vivid storytelling is where my soul lives. I definitely want to continue creating songs like Song in My Heart, while experimenting and evolving as an artist.

TSWS: With such a great pop vibe I wanted to know what bands or artists really influenced you as an artist?

Kinga: I’m a bit all over the map. Honesty, I think part of me would have loved to be a 70’s Pop Star! Growing up I listened to way too much Boney M and Abba which definitely influenced my passion for playful and upbeat sounds and songwriting.

Jewel and The Cranberries really shaped me as a Singer-Songwriter though and the voices and vibes of Feist, Amy Winehouse and Lily Allen are among my favourites. I also love the sounds of Zee Avi, Meiko and Ingrid Michaelson. I respect Taylor Swift’s creativity and ability to constantly reinvent herself and my biggest inspiration is Dolly Parton.

TSWS: How do you write your songs? Is it lyrics first or do you think of a melody first?

Kinga: I have this process: Mood, Melody, Lyrics- Refine. Melodies always seem hit me when I’m alone or experiencing something (biking somewhere, on a plane, on holidays, outdoors) or in the shower. This results in maxing out my phone storage with voice recordings and Notes on my phone. Simultaneously or soon after I get a rush of lines that could go with those melodies. Then I focus on the lyrics and refine them later in the day.

Kinga: I’m in the process of recording acoustic versions of my EP Soul Captain which I released earlier this year. I also have more songs to produce and also keen on collaborating with like-minded artists.

Kinga: I’m a Canadian living in Germany for 6 years now. Raising my little family here and learning the language and culture keep me busy as well as maintaining and creating friendships. I love to bike and explore, read when I can, and enjoy spending time in cafes eating way too much cake.

TSWS: Do you think you might perform live when the time comes?

Kinga: Absolutely. I have some Christmas gift house concerts coming up soon where  I will be singing from the balcony through the window towards the living room and I couldn’t think of anything more perfect right now. I will be doing some more street performing as well in the New Year and have a concert coming up in March.

TSWS: You have been releasing singles for a while and they're all their own. Will you be doing an album this coming year?

Kinga: I definitely have enough songs for a few:)  When things calm down with this pandemic, I’ll be back in the studio as soon as I can.

TSWS: What kind of advice would you have for artists that are out there trying to get heard?

Kinga: Although I hate to say it, creating great music is only a part of releasing music in the world. You do need a strategy to get heard. With that said, though streams and getting on playlists may matter, don’t get discouraged if growth is slow or caught up in vanity metrics- we all have to start somewhere. I personally love Tik Tok! You can literally collaborate with your favorite artist or teach and create an experience for others with bits of your music. You never know what catches on or who will love what you have to offer.  Also, find out what makes you you and stay true to that, but be open to feedback and growth as well.

Kinga: I would like to say thank you for being in my corner, listening and streaming my music, and showing me you care by reaching out and engaging. I was stunned to see some of you dancing to Song in my Heart on Tik Tok or using my songs in videos and stories. Often it's hard to know if what you are doing has any impact and creatively using or sharing an artist’s music is a such a strong way of showing support. I see you all as important connections, not fans or followers. Creating a community around my message and music is all I could ever ask for.