An Interview With Lyubov Kay 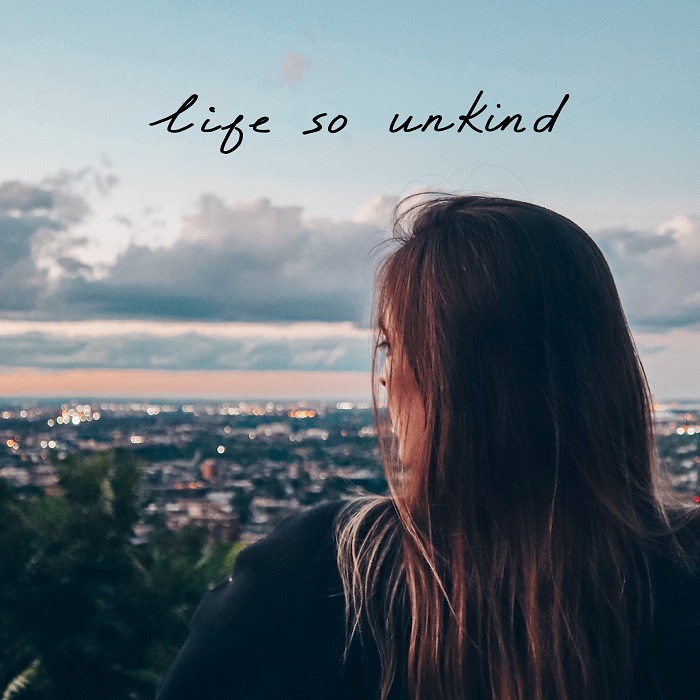 The latest single release from Lyubov Kay is a dreamy and lullaby-esque pop ballad coated with string pads and a 90's style beat along with a piano progression and sultry and alluring vocals that encapture part of the honesty the song portrays from beginning to end.

"Life So Unkind" is indeed incredibly honest and upfront lyrically and comes across like a poem that builds in intensity and color the longer it goes on.

This single is like a diary from the heart that the artist just couldn't hold in any longer and released all the feelings of it into song, and that is exactly what makes memorable music.

A lush and beautiful song, "Life So Unkind" is a relatable and passionately performed track that digs in under your skin in all the best ways and has a way of sticking with you long after it's ended.

The song has power behind it and the heart of it all bleeds through into each note wonderfully.

A track that holds little back is one that is meant for everyone, and this is no exception.

With such a great new single, we wanted to sit down with Lyubov Kay to find out where it came from and more.

TSWS: Okay so let's start with "Life So Unkind". This track has an ambient pop feel and it's honest and smooth with a touch of contemporary undertone. Where did this song come from?

Lyubov: Like with many songs I write, ‘life so unkind’ started with me sitting behind a piano and translating what I’m feeling into music. I wrote it in the middle of the night, during a time when everything felt like a reminder of losses, and I tried to capture that feeling. Despite me writing it a few years ago, I wasn’t ready to release it just yet. So, why now after all this time? I think with everything going on in the world, this song is more relevant than ever.

TSWS: I can hear some different pop styles in this track. Who are some of your actual biggest musical influences?

Lyubov: I tend to gravitate towards artists that experiment with new sounds in the pop, alternative/indie, and R&B genres. I’ve taken inspiration from artists like Billie Eilish, the Weeknd, and a Russian duo, Rauf & Faik. I’ve always looked up to Ryan Tedder for his production and songwriting skills, and I’m also a huge supporter of rising Canadian artists like Ali Gatie who I hope to collaborate with one day!

Lyubov: I loved singing and performing since I was kid. At the same time, I also enjoyed writing poetry and storytelling. It was only later (by accident!) that I merged the two. I was writing a poem while sitting behind a piano, played four simple chords, and put it all together. That’s how I discovered songwriting and have written over 100 songs since. A few years back, I started posting covers on my YouTube channel and putting my own spin on them, like translating Russian songs into English or re-writing songs from my perspective. Eventually that paved way for me to share original music with my following.

TSWS: It feels like you use your music to let out emotion. Would you say you write music as an outlet?

Lyubov: 100% yes. Every song I write is a piece of me. My thoughts. It’s a scary feeling to know you’re giving others a glimpse into your mind. It’s also a huge reason why I kept my music to myself most of my life and only recently started releasing it into the world. Being vulnerable is also rewarding in its own way. When you receive messages from others saying they relate to your music and feel less alone, it’s an incredible feeling. Music becomes a way to connect with others on a deeper level.

TSWS: What's next for you as an artist? Anything in the works even now?

Lyubov: I have so many plans- it’s hard to know where to begin! I’m working on releasing an EP this year, along with a number of collaborations that I can’t wait to share. I’m also looking forward to performing live once the city’s no longer under lockdown.

Lyubov: I have a full-time job in healthcare, and I’m also a founder of two startups: Bluechiptaco (mentorship services) and Planvus (finding event vendors in your area). They keep me quite busy! Aside from work, I don’t sit still and love exploring the city and trying new restaurants! Since I’m not able to do that now, I’ve been taking part in virtual singing/networking groups and connecting with friends virtually.

Lyubov: My playlists have a variety of songs from different artists (check out my playlist on Spotify!). Regulars are Rauf & Faik, Billie Eilish, Ali Gatie, Tate McRae, Noah Kahan…

TSWS: Now that things are getting better slowly but surely, will you be focusing on any live performances?

Lyubov: I’d love to perform live- despite the nerves! I’ve done virtual performances while locked at home, but it’s not the same as the energy you get from performing with others in the room.

TSWS: You've released some great material since 2019. Any advice you'd give to other up and coming artists out there?

Lyubov: Don’t wait, and don’t take yourself too seriously. I still struggle with the second one! I kept my original music locked up for too long and wish I started sharing it sooner. I was afraid of judgement or feared the idea of failing. Now looking back, I would’ve taken the leap and focused on doing what I love. My mindset shifted when I realized that there’s no way to please everyone, so you have to focus on what feels real and true to you.

TSWS: You wake up in the middle of the night starving. What's your go to midnight snack? (This is a question of character)

Lyubov: Mainly, THANK YOU for giving my music a shot and for continuously encouraging me to keep going. Wherever you are, reach out! I’ve made friends from all over the world through music and value each and every one.