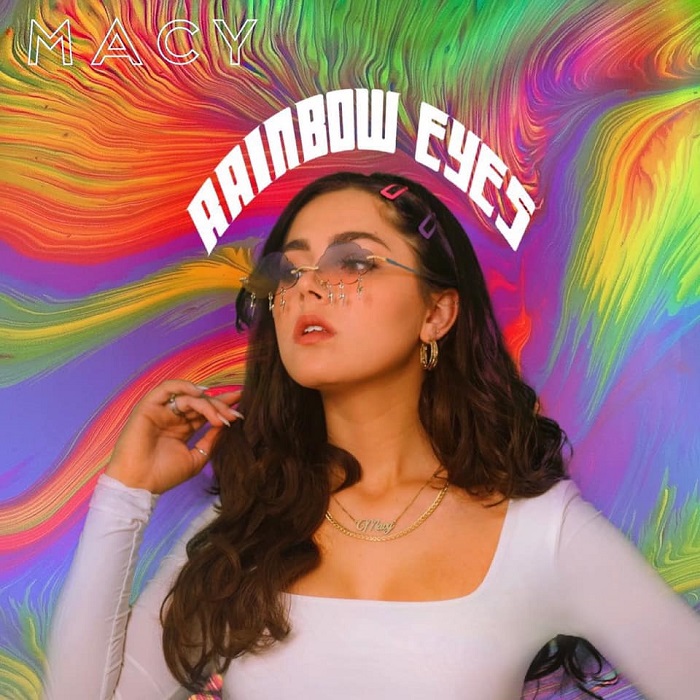 The latest from MACY hits all the summer pop vibes perfectly with a super colorful and ultra danceable single that delivers just the right amount of swagger and character.

"Rainbow Eyes" is absolute fun and comes through with a youthful energy and a beautiful pop sheen production wise as the track belts out crew vocals to sing along to to accompany guitars, synths, and a deep groove bass line.

This single is an absolute banger and is incredibly radio friendly and warm.

The song feels good to listen to as textured layers of sounds bop around you and get you moving.

This is a top down, cruising along the boulevard at sunset type of song and it becomes quickly addictive as MACY's presence on the track shines.

Ah but does it have hooks? Yes. It's one giant hook basically and you won't be able to get it out of your head.

This is one of the best ways to wake up in the morning. Pop on headphones, grab a coffee, and crank "Rainbow Eyes" first thing. It'll put you in the right mood.

This track is bright and confident, loose but perfected, and is meant for the radio waves. All this at just the right time as we mentioned, it's a killer summer soundtrack single.

MACY is one of those artists that pull off major pop songs and can also perform passionate ballads built off of emotion.

Her catalog is outstanding and it all blends artists like Pink, Ellie Goulding, and Lana Del Rey.

The artist has her own staple feel and "Rainbow Eyes" is an outstanding example of her work.

Be sure to go back and listen to her previous singles because you're bound to get into all of them if you're a fan of pop at all.