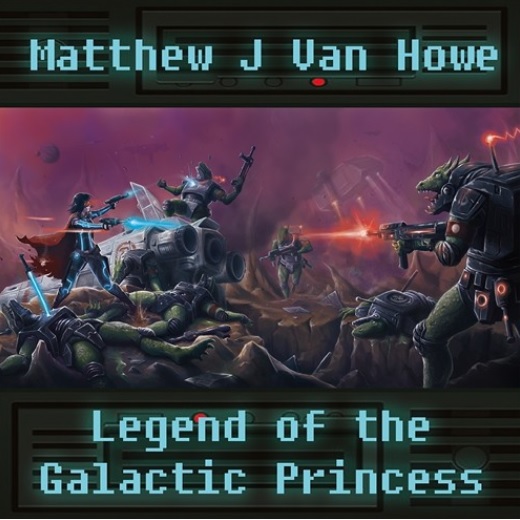 A new release from Matthew J. Van Howe brings a synth electronic cinematic soundscape to life with an array of super colorful sounds and textures and a robotic vocal that all plays a part of a storyline.

"Legend Of The Galactic Princess" is an outlandish and fun space journey that brings a lively energy and a touch of retro sonic vibes that all create a great feel.

The song blasts off into a techno driven set of synthesized sounds, upswing beats and some fun production aesthetics that blend together into a swirling display of creative songwriting.

The single brings together quite a tasteful fusion of old school and new school electronica and pulse pounding rhythms to really build something that sticks with you.

This is a heavily sci-fi influenced track and the music speaks volumes for the style Van Howe was going for but the cover art does as well.

As featured above, you can see the retro sci-fi style artwork the single boasts and how it incorporates itself into the storyline.

It feels like this single could be part of a concept album of sorts and the whole thing blasts off into a space aged futuristic sound within seconds.

Matthew J. Van Howe has a collection of wonderful tracks and albums that all bring some freshness to the table and showcase his unique yet still familiar sound.

You can dig into his library of killer releases on Spotify anytime but we suggest starting with "Legend Of The Galactic Princess" and going back from there.

If you dig one track, you're likely to dig them all honestly.