An Interview With Matthew Liam Nicholson 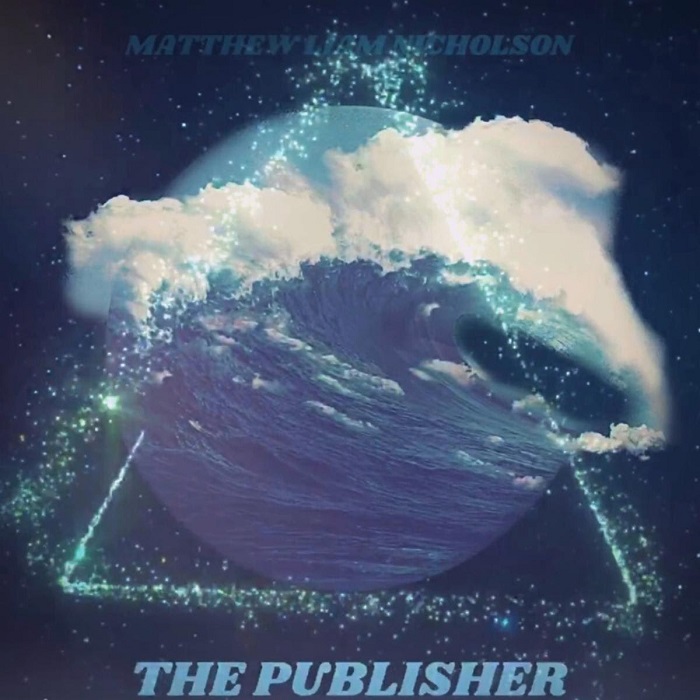 A new single from Matthew Liam Nicholson hits that warming folk sweet spot with an anthemic undertone and a beautifully woven style of songwriting that incorporates a refreshing range of textures.

"The Publisher" is a gorgeous piece that feels like a hug from a l loved one.

It's peaceful and swims around you allowing you to get washed away with the sound of it all.

It's vocally massive and breeds such a cinematic feel it becomes impactful in ways you would never expect.

Saxophone and strings come flowing in and the song opens up into a colorful and powerfully vivid sound.

This song has a youthful energy combined with a mature songwriting style that all comes together and really creates an atmosphere that sends you to a different place.

The single is bright and hints at artists like Shannon Hoon and Elliot Smith while bringing in more classic rock influence beneath it all.

It is very easy to become engulfed in this song and it feels absolutely wonderful to do just that.

With such a great release, we wanted to have a chat with Nicholson to find out where this actually came from and where things may be headed for the artist.

TSWS: So let's start with "The Publisher". This track has a cinematic and almost anthemic folk feel to it. Where did this song come from?

Thank you. This one actually began quite a while ago while I was living in London, building a garden design business to repay debts incurred on tour!  I was living in a flat in Crouch End, I recall the main melody and timing appearing there first. I've made at least three recordings of this song since then - this version that was recently released as a single & music video, was recorded in Los Angeles, working with a couple of veteran producers in some seriously swanky studios, and a friend Lily Desmond whose voice & violin chops are really something.  She made strong contributions to this version - we stacked her backing vocals into a little lily choir, she's a joy to collaborate with. Funnily enough I went back the other day and listened to my crazy previous version and I have to say I like it maybe even more than the single version lol oops.  Love 'em both. The past decade I have done an enormous amount of writing and music work - but hardly any releasing - so this marks the beginning of a steady stream of new works, the dam has cracked.  I've started a micro-label called Harmonic Fortune to release some of my work. Once "Universal Outsider" is out next year I'm going to start re-releasing my previous albums and making a lot more of my work available.

I'd be interested to hear what you're hearing before I put words in your mind - I'm hopelessly subjective and overexposed to the songs - but some of my unabashed favorites include The Byrds, Idaho, Scott Walker, Talk Talk, Magnetic Fields, Stereolab, The Wipers, Cass Mccombs, Sufjan Stevens, Fennesz, Tim Hecker, Popul Vuh... there's really so many - also in traditional, classical realms.  My philosophy is that there is good and shit music in (almost) every genre and it is the spirit of any work that make it distinct.

My soul was originated in a galaxy far far away, beyond what we know as time.  LOL.  Frankly life in this world always seemed horrific to me without immersion in art - so at the tender age of 13 or so I started my first guitar band in Australia and all throughout my teens I was performing in pubs & clubs. I had a rock n roll upbringing - not so much from my catholic family, but from a vital music scene of friends & crazies in Geelong, Victoria, Australia in the early 90s.  Local rock royalty Bored! and Magic Dirt took me under their wing and used to get us good shows all over.  By the time I finished highschool I was in The Golden Lifestyle Band and Warped - a shambolic magical band and huge slaying riff-band, respectively.

It sounds silly but yes, I'm working, slowly but surely, on 10-12 records all of which have a somewhat different focus, purpose, realm, aesthetic and collaborators.  My goal is to produce AND release in a prolific manner in coming years.  Making records is my happy place and my ideas are often quite expansive thus requiring a lot of resources to record properly.  "Galeria de la Luz" an album of mine (using the moniker Outshine Family at the time) that came out in 2011 on Blackmaps in UK, had 80 musicians.  So, hoping & praying that everyone goes batshit about my new record, it gets good syncs in film & tv and I'm enabled to continue to refine & expand my artistic practice and produce many unique jewels for people to immerse in.  A large part of my life has been working and struggling to even be able to play music and make it all happen - so I'd be stoked for some financial security to kick in, which isn't out of the question.

TSWS: What are you performing on this single aside from vocals and guitar?

Yes just electric and acoustic guitars, banjo and vocals on this one.  My friends Chris Hackmann and Matthew Brundrett played bass and drums respectively.  They are two peas in a pod, in numerous bands together etc, I wanted to work with a rhythm section that was like one mind, they did a great job.  On much of my work I play everything - this is more a band record.  We went into the studios to get nice big drum & bass sounds, that some of my previous versions were lacking.

I've always tried not to attach to any particular methods, though I have my ways.  Maybe most often the lyrics wrap around the music, but it can go any way.  It seems to me that great accidents and all kinds of remarkable conjunctions can occur when I keep myself open to a wide variety of ways of generating material.  Obviously primary among that is writing things on piano and guitar - but occasionally it is more like a barely formed intuition or idea, a phrase, a concept, the combination of certain timbres, field recordings, a loop, a sample - there are many ways to start and many ways to finish - and my impulse is to use them all. in their own moment. That being said, a big change in my relationship to music occurred when I sold the garden business & decided to go headlong into composition work around 2012.  putting myself in the position over and over again of having to invent, produce and deliver scores & soundtracks of broadcast quality - coincided with a kind of musical awakening, in which I no longer felt like I had to chase the muse but to practice with her every day.  Improvisation has always been a significant element of my practice - even now most of my instrumental takes when recording a song are shot from the hip, unless it's a specific part.  The magic of throwing shit at a wall prevails, and I do tend to make a lot of editing for myself

Yes, usually.  Occasionally collaborate with another artist, such as Pascal Babare on the AT / ALL LP - three folk oriented composer friends aiming for a dance-able record, unusual results we're proud of. https://www.matthewliamnicholson.com/at-allThough on certain material I love to co-produce with another accomplished producer.  But I rarely hand over the reigns entirely.  Not to say that isn't possible in future if the right chemistry & trust comes together.  I could see how it could be rad and fun and have killer results with the right producer, musicians & studios...

I'm a contemplative, I live in the forest, I spend a lot of time alone. I'm a massive fan of music so I listen to lots of stuff.  I write, dream & plan. I'm connected to a lot of folks around the world having lived in a lot of places so communications take time. I'm regenerated & enlivened by meditation, qigong, esoteric/spiritual studies, extra-terrestrial studies, walking with my 1 year old Irish Setter - Golden Retriever cross Bodhi, spending time & developing art projects with my wife Michelle.  It takes a lot to get the work heard in this oversaturated climate, lately I've been spending a lot of time investing into my own career in many ways that aren't explicitly musical.  I'm kinda re-launching my career under my full name and there has been a lot of work to do building it all up on the biz side.  Making music videos as of lately, been building that skill set too.  I'm a pretty hard worker, a kind of harsh boss to myself sometimes ;-)

At this very moment I'm listening to the super beautiful experimental works of M. Sage, whose work I was introduced to recently when his group was part of the same edition released by Longform Editions, as my composition "Nine Movements".
https://longformeditions.bandcamp.com/track/nine-movements-featuring-miguel-atwood-ferguson - a meditative sound bath composition released 2 weeks ago which is getting some love at the moment which is great.
and other listening in general - the new Tonstartssbandht is amazing, as is the new Circuit Des Yeux.  Hand Habits.  The new Sufjan Stevens & Angelo de Augustine record is excellent. Cass Mccombs.  New Low record is wild.  Bing & Ruth.
So much great music out - I know some cool stuff but I have the feeling I'm only seeing or hearing the tip of the iceberg.  Music For Dreams by Quartetto Fantastico - my dear friend Miguel's improv string quartet double album - amazing.

Yes and no.  I'm developing a variety of cool things I can do via stream, and I love playing live under the right circumstances - I've done it to death at times in the past - but honestly much of my music requires a considerable sized crack team - I've often toured with 8 or so musicians - and it can be a wipe-out for me, so I'm looking at more economical and minimal offerings.  It's inevitable that I will at some point but I'm enjoying being a total hermit at this bizarre time and not especially keen for crowds.  Hopefully the demand and support will be there at some point and attractive opportunities arise.  I dig festivals, emergent independent cultural happenings...  Now you've got me thinking about it, I think I'll book a tour in churches & festivals only ;-)  It's my intention to do more score work - I'm more on that train than traveling & playing at this point.

Thank you for listening, please share if you are moved by my work, be sure to follow me on socials and stay connected.