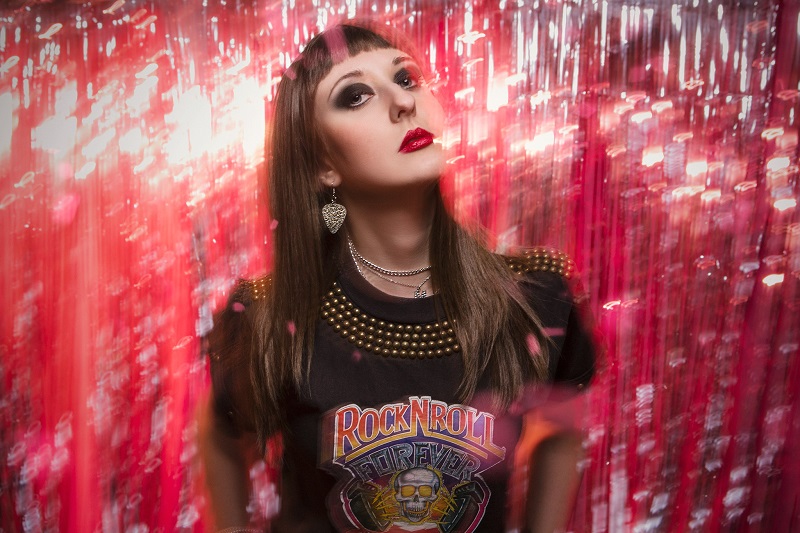 A new single from pop virtuoso Melotika just hit and it's insanely catchy as it brings together a wild and colorful array of synths and a major sonic presence all topped with passionate and soulful vocals to create something powerful.

"Beautiful Disguise" has a major radio pop sound crossed with some dance elements and scattered pads to add ambient tones to its massive soundscape but the song does feel personal as well.

Backing vocals haunt and the music swells and sways while the track washes you away in its atmosphere.

Melotika is a vibrant performer and songwriter, and her light certainly shines with this single.

The artist has no issues laying it all out on the table and creating songs that hold nothing back which is part of why she is so addicting to listen to and watch.

She's got that pop-star element and gives it all her own edginess that becomes a staple part of her character.

Of course, this isn't Melotika's first rodeo by any means.

Her 2019 release "JoyRide" has over 17k spins alone and she's dropped a wonderful array of tracks since 2018 most of which you can find on her Spotify.

Her experience as an artist shows in "Beautiful Disguise" and the artist isn't afraid to push the envelope and evolve a bit more with each new song released.

Quite an impressive formula and all done with a gracefulness that most lack.

Other notable tracks include "Bury The Bones" which serves as more of a power ballad of sorts.

"Beautiful Disguise" is available now everywhere and it's more than playlist worthy.