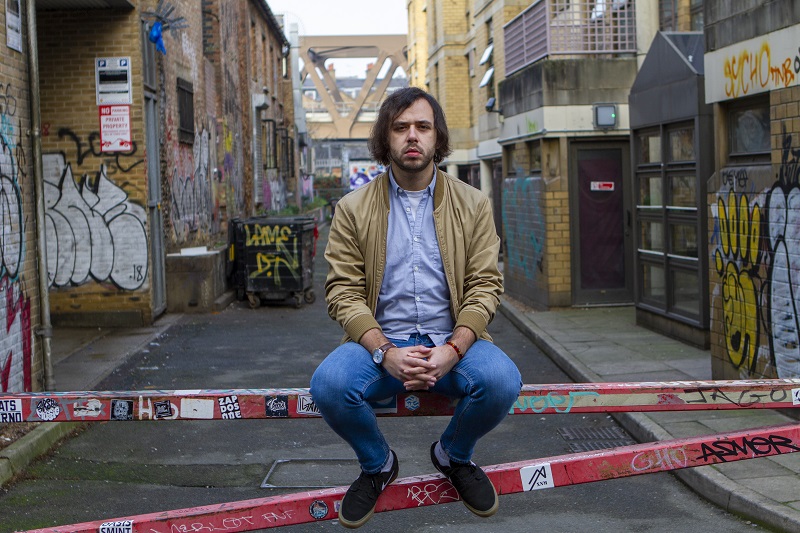 Mike Stoyanov just dropped a new single that brings classic rock and alternative pop rock together for a slightly gritty but shining track that shows some heart and love for the craft.

"Star" is a radio rock song that keeps true to punk rock undertones and an addictive attitude and vocal character accompanied by fun backing vocals and guitar hooks left and right.

The song is a powerhouse and should be heard cranked to 10 without a doubt.

An array of bendy guitar sections and a loose vocal approach gives the sing a real dirty rock feel but the sonic fuzztones and soundscape of the track are incredibly colorful and vibrant.

The track has a huge energy and is danceable as it gives off that youthful almost teenage feeling.

This song does indeed have that young energy behind it and there's a certain rawness to it that you come to love by the end.

A lot of passion and love went into this track and its got a living, breathing aesthetic to it that makes it wonderful to listen to.

"Star" is a great song to wake up to. it should be the first song you play in your day.

"Star" is something of a debut on Spotify at least and we are hoping it's not the last we hear from Stoyanov this year. I'm sure it won't be.

Having been in several bands previously, the artist has plenty of experience in the setting but this is his first solo release so far and it's quite a hefty one.

"Star" is a pop rock banger.