An Interview With Misao McGregor 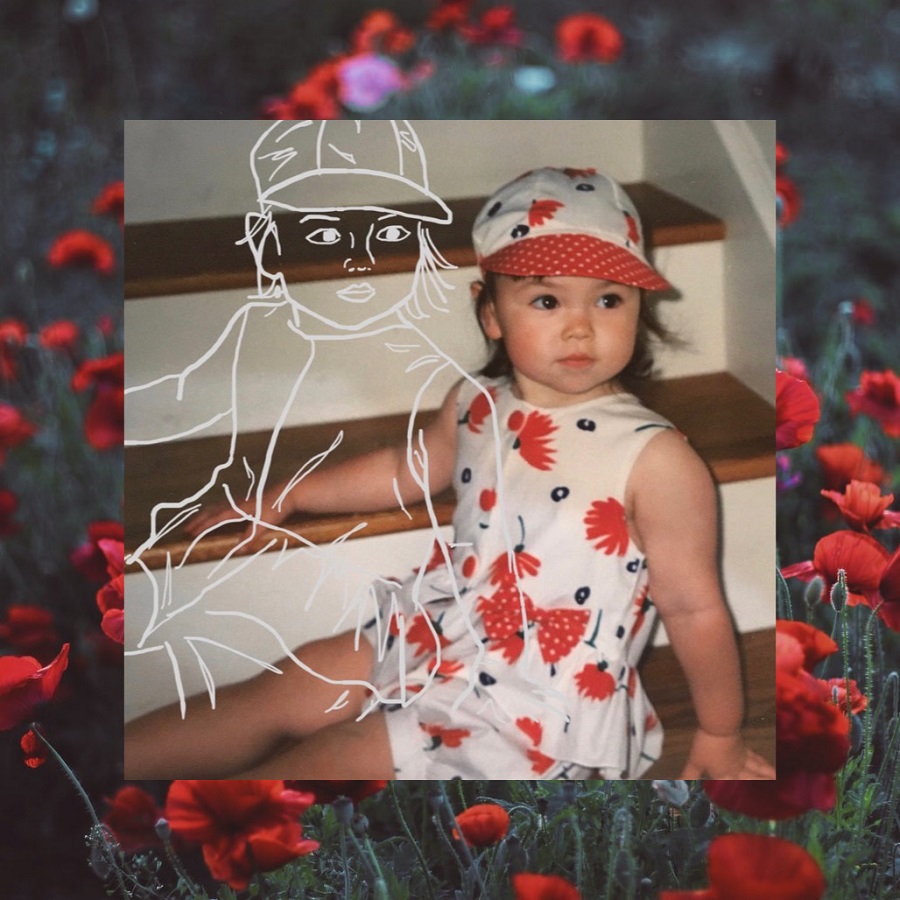 A new album release from Misao McGregor is a vivid set of stories from the artist's life.

Descriptive and wonderous, the record hits the spot when it comes to vintage pop and a current vibe.

Utilizing classic synths and new school production, the album is a personal and colorful account of memories and emotion and all passionately performed with heart and character.

You can hear her R&B influence popping its head out here and there vocally during the records 11 track course which provides an beautiful array of ballads, and contemporary radio pop through and through.

Most songs are honest and show a pure love for songwriting and singing.

The album is dubbed The Kid In The Corner and it really is like flipping through a diary complete with pictures and almost feels magical at times. Just the way her memories are recounted and encaptured.

With such a powerful release we wanted to sit down with Misao and talk shop. Here's what happened.

TSWS: Okay let's start with the Kid In The Corner album. This felt like a very heartfelt record that almost seems like chapters in your life. Where did this record come from?

Misao: I’ve been wanting to make this record for two years now. As I grew older, I started to look back on different instances throughout my childhood and teenage life where I realized I had a lot of healing to do from situations that, at the time, I didn’t see as traumatic or harmful, but definitely left an impact on my psyche. Music has always been a therapeutic and cathartic outlet for me and so Kid in the Corner was a kind of way to reclaim my own life’s narrative because I had various instances where I felt that I lacked that kind of agency and control over myself. So the record is very much different chapters of my life, and obviously, I will continue to grow beyond this. But it is really rewarding to have made something that captures where I am now and how I view these different experiences both with a little more perspective and a tiny bit of maturity on my side :)

TSWS: The album has some great variations of pop styles and very soulful vocals. Who are some of your biggest influences musically?

Misao: This is always a hard question for me! But I realized recently how much alternative music played a role in my developing relationship with songwriting. I think the first CD that I wanted and asked my mom for Christmas was Switchfoot’s 2005 “Nothing Is Sound” album which I absolutely adored. It was hardcore and I wasn’t accustomed to music like that because I grew up mainly around classical music and jazz. But listening to different artists like Tegan and Sara, Bleachers, Janelle Monae, Neon Trees, Mumford & Sons, The 1975, Test Your Reflex, and Air Traffic Controller really broadened my horizons. I loved listening to full albums and some of the bands listed above only have 1 or 2 albums to their name. But I just loved the versatility of sound that they brought to my ears.

Misao: I grew up in a musical family so music has always been a part of my life! My parents are classical musicians who met working through an orchestra so I could be caught running around backstage as a kid all the time. I took piano and voice lessons from a young age and started writing songs at 12 years old. For a long time, I didn’t tell anybody that I wrote songs. For some reason, I didn’t want people to know I was musical - I think because I was already shoved into this category of the artsy family and I wanted to self-identify apart from the family unit itself. I think being able to produce my own work now (which I only started doing about a year and a half ago) has really helped me feel more confident in my sound and in what I want to convey to listeners.

Misao: Right now, I work as a freelance writer which has been helpful for remote work! But before covid, I was actually working with babies at an infant care center. I truly loved that job, but living with my parents, I had to make the hard decision to quit so as not to risk their health. Other than music, I am also a playwright. But honestly, as of this year, when I’m not working on music, I watch a lot of TV and geek about different storylines and dry humor that I didn’t expect :)

Misao: I think just being observant to my surroundings. I know that probably sounds lame, but a lot of songs that I have written have revolved around singular moments that aren’t necessarily phenomenal in substance but were pretty mundane moments of reflection. Having been involved in different personal and professional situations, you just start to accumulate different experiences, all of which feed into what I write about. There’s one song on the album about this guy who was being abusive of his power. There’s another that was written about me fantasizing what it would have been like if I had the courage to tell a girl I had a crush on her. These are just my lived experiences put against a backdrop of sound. And I truly hope to continue to be inspired by these mundane but transformative moments.

Misao: I would love to do some music videos for the album! At this point, I was solely focusing on sound as I was producing and mixing everything myself. But now that it’s been out and I’ve been receiving more feedback about what songs speak to certain people, I would love to add a visual element to the album as a whole. As much as I have other songs in mind to start another album or EP, I don’t think I’m ready to leave this project yet.

TSWS: You have such a great catalog on Spotify. What kind of advice would you have for other up and coming artists trying to get heard out there?

Misao: Thank you! It’s so funny, I get so much anxiety about Spotify and Instagram - self-branding and marketing, etc. But the best advice I can give is don’t compare yourself to others. I realize that this is impossible. But when I find myself doing exactly that, I try my best to step back and recognize that comparisons are not productive. All they do is diminish both of our unique accomplishments in trying to measure a standard of success that isn’t even defined or attainable. All you can do is make what comes out of you naturally. And I think relying on that belief has given me the courage to pursue everything I see in my head without worrying about what others will think of it.

TSWS: Did you used to perform live at all? Will you be doing so again when the time comes?

Misao: I performed live only a little! But I’ve been doing some Instagram Live performances here and there which is always filled with awkward and fun banter! I started getting back into music after graduating college and at that point, I was also bouncing from one part time job to another. In a way, covid has been a gross privilege for me in that it’s allowed me the time to do music. I’m really hopeful that I can continue to do music after all of this because it really feels right to me. It feels like this is where I belong.

Misao: I don’t even know what to say! It’s crazy to me that people are actually listening. Everything I write is extremely personal, and at this point, I don’t even consider it an option to actually make a living off of putting out music. So the reward that is greater than anything is knowing that someone else out there is spending their time with things I wrote in the back bedroom of my parent’s house. That’s crazy to me. And there’s really no way I could adequately thank you.