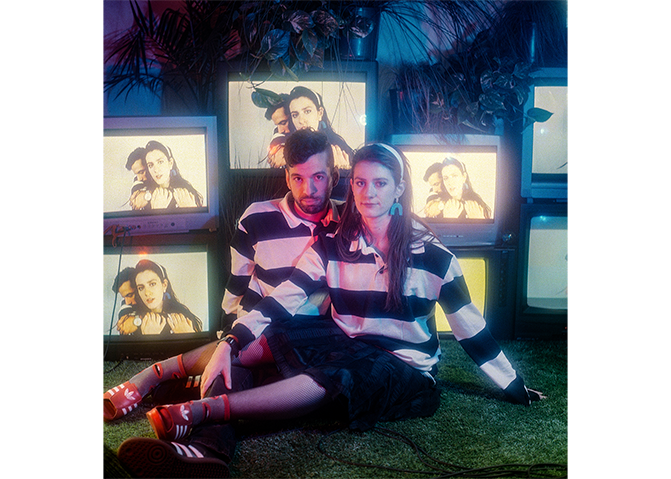 Monsoon hit us with an outlandish and insanely fun pop banger that covers so much ground it's intimidating.

"Third Voice '' is a pop rock song that features some colorful fuzztone guitar work, danceable rhythm, and a sultry and addictive vocal approach that feels good and boasts a shit ton of energy from start to finish.

This is an example of the future of what pop music may be. Songs that know no borders or boundaries.

Monsoon really just went at it and created something that you don't really expect but find invigorating to say the least.

It's painted with such a vivid set of textures and sounds that all come together and form something that is not only outside the box but catchy, edgy, and super fun.

This is the type of song you want to listen to again just after its ended so you can soak it in as it's not a short song, but feels like whiplash.

Even better is the video that comes along with it.

It really shows the duo's presence and characters as people and as artists and you can tell there was a lot that went into making the video as fun and intriguing as the song itself was.

Monsoon pushed the envelope on this one and it really shines with a refreshing creativity that others will end up following soon enough.

It also sounds like it would be awesome to see them live as a full band.

The energy factor gives that feel and undertone.

This was a totally killer song that reached for something different and achieved it without losing anything in the process.

The video for "Third Voice" is right here for your viewing pleasure. Remember, we told you so first.