An Interview With Monsters Who Sleep 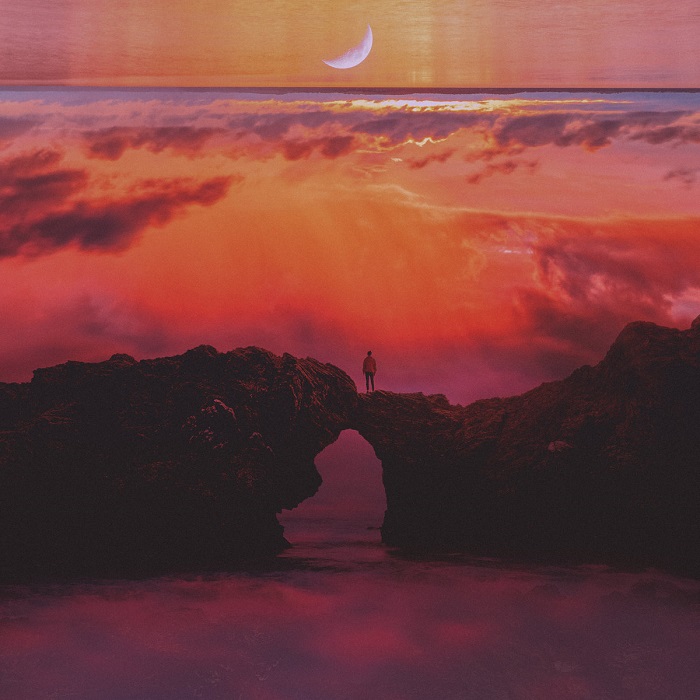 A new full length album from Monsters Who Sleep is a wonderfully woven acoustic singer-songwriter record with tons of brutal honesty and borders on emo and alternative undertones throughout its 12 track course.

The To Whomever It Becomes... album is intense and loaded with life and musical swells and sways.

The record is engulfing and has the ability to wash you away with the flowing tonality of the songs.

This certainly feels like a concept album and is something many can relate to.

It's not easy to release an album that is so upfront and with so much life.

This release is like a personal diary and each song is a new page and another layer to peel back until you get to the center of it all which comes is a realization.

With such a deepening release we wanted to have a chat with Monsters Who Sleep to find out where this all came from.

TSWS: Okay so let's begin with the To Whomever It Becomes... album. This record feels very personal and at times stripped down focusing on acoustic and vocals. Where did this record come from?

MWS: You're spot on. In regards to the arrangement of everything, I wanted this album to be very honest. I felt like if it was too crowded, the message would be less powerful. And because (as you mentioned) it's a very personal album, I had to make sure that even the most basic songs still packed a punch.

My ex-girlfriend passed away after an overdose on prescription pills while I was going through a lot of mental issues personally. There are two songs about her - I Don't Care, and Which Witch Is Which. Almost the whole album is about personal struggles and pains I've felt in my short life.

TSWS: I'm hearing some great styles of songwriting on the album. Who are some of your actual biggest musical influences?

MWS: First of all, thank you! My main influences are This Wild Life, Secondhand Serenade, and old-school Nevershoutnever. I also have a lot of influences outside my style, Bring Me The Horizon being the biggest one.

MWS: Believe it or not, it all started when my parents put me in piano lessons as a kid for extracurricular activity. A lot of kids don't like taking lessons, and I didn't either. But because of them, and the fact that I kept making music after I quit piano, I'm here today.

Also, I started taking things a lot more seriously in 2017 after I joined Tom Hess Music Corporation's 'Music Careers Mentoring Program'. I recommend any musician who's serious about music to join the program.

TSWS: Now that things are slowing down pandemic wise, will you be focusing on any live performances?

MWS: For sure. I've been putting on livestreams for the past couple of months. I've never had an official "first real show". Even though I've performed at open mics, and busked on my town's waterfront. So I'm anxious, but excited to start putting myself in front of people face to face.

MWS: You can find me working out five times a week, and meal prepping every weekend. I also visit the mall once in a while to get some social interaction - even if it's only with the store employees. I also like memes, so sometimes I'll scroll through Instagram mindlessly, laughing at the stupidest memes I can find.

MWS: I want to step my game up a lot. In terms of music, I'm in the process of writing an album different from what I have already. I want to record it in an actual studio, because I recorded all my music so far in my home studio. That way it will be studio quality, and not home-recorded quality.

I'm also in the beginning stages of finding a bandmate. So far, I've recorded all the instruments myself (with the exception of orchestral instruments). I don't enjoy playing guitar, and I especially don't enjoy singing and playing guitar at the same time. Which is was I was doing for livestreams and open mics etc. So the person I take on will play guitar and I'll be singing.

TSWS: This album feels like it was a big undertaking. Any advice you'd give to other up and coming artists out there?

MWS: You know, I like to underplay my abilities. And I was about to do that. But you're right. I wrote and recorded this album in less than three months. I had very tight time deadlines (imposed by myself) to get it finished. Despite that, it turned out very well for what it is.

The best advice I can give to any artist is this: don't do what is easy. Do what will bring you the most growth, both as an artist and a person. I live by the quote "you will regret the things you didn't do more than the things you did". I don't want to reach the end of my life and see all the things I missed out on because I was too scared.

MWS: A little bit awkward, but as I type this, my song Gravity from To Whomever It Becomes is playing on Spotify.

TSWS: You wake up in the middle of the night starving. What's your go to midnight snack? (This is a question of character)

MWS: I know it's bad because I try to eat as healthy as possible. But if there is a bag of shredded cheese in the fridge, you bet your ass I'm reaching directly into the bag and eating it.

MWS: I'd say I've been through a lot. I hope that sharing my personal struggle in my music gets you (the listener) through today. I'm on the other side of what I would never wish on my worst enemy. If you believe in yourself, you can get through the absolute worst circumstances. Don't quit now!