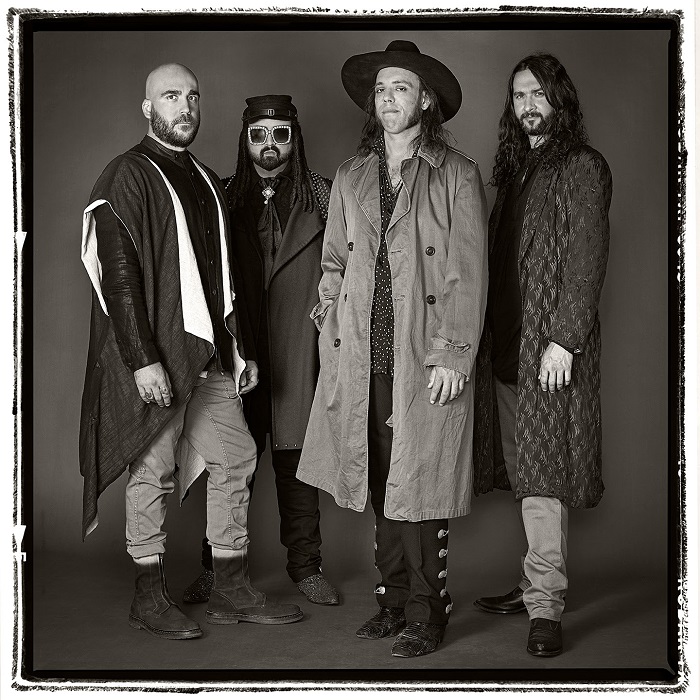 A new album release from Mrs. Henry is a massive rock masterpiece that boasts all the elements of real deal genuine classic rock you could ask for and it feels damn good.

The Keep On Rising - Act I: The Sex Sells, Love Drugs, Rock N' Roll Society album is a huge as the title it and its packed ot he brim with all the bensy, windy, harmonizing rock guitars you can imagine and more.

This record has the feel of a live performance arena rock show that shines with pure stage presence and life.

This entire record is filled with heart and absolute love for the craft of rock n' roll song writing and performance.

Meatloaf would absolutely love this record.

This album sounds like something you grew up listening to and loving every second of.

Upon going through the full record it almost feels not only like a concept album but something of a rock opera even.

The release has that fire you've been waiting for. It's alive and breathing. It has a bright and colorful backbone and every single player feeds off of each other so well it's crazy.

Vocally it's bursting with energy and power but sticks to that fun side of things as horns, guitars, organs, piano, and more bring all the added lushness you could want.

This record has absolutely everything from the changes to the gusto and pure rock power.

Drums are nailed and killer along with the bass and damn those guitars are just everywhere and creating such a soundscape is awesome.

This is by far, hands down, the most driving and aesthetically nailed rock album to be released in a long long time.

We can only hope these guys are playing live and if they are, go see them if you can cause we guarantee it'll be worth it.

In the meantime, at least we have this opus of a rock album to get down with.

Crank it, sing along, and have fun cause Rock N' Roll is back thanks to Mrs, Henry.

We absolutely can't wait to see what's next.