An Interview With My Latest Failure 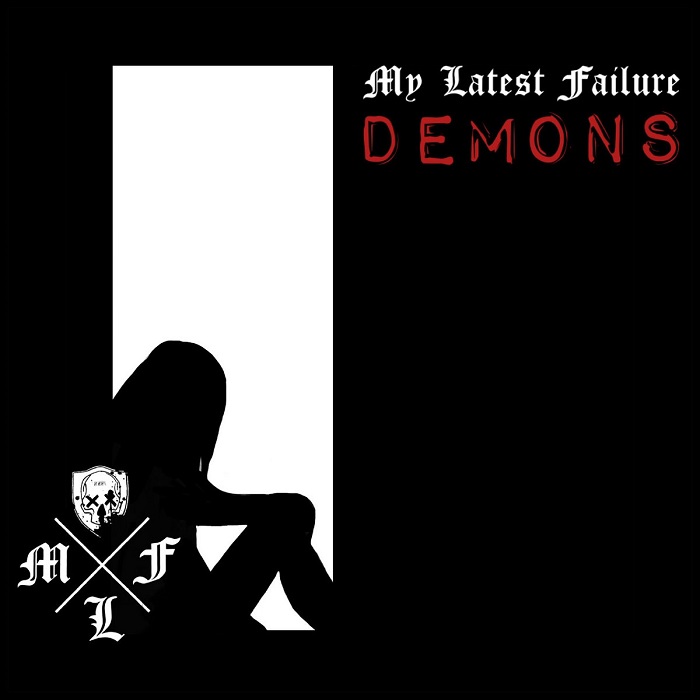 My Latest Failure is back with another face melting thrasher that boasts a killer guitar hook and the bands staple aggressive edge and tones, raw energy, and blaring loud attitude.

"Demons' is a blazing hard rock track that has those hardcore and punk rock undertones and classic feel along with a great chorus and a touch of 90's rock to weave it all together.

These guys have a heavy and fulfilling style that you can jump around and sing along with at the top of your lungs and all of their tunes should be turned up.

One of the great things about My Latest Failure is that a song like "Demons" comes from a real place and talks about a struggle with drinking that most would be afraid to talk let alone write a song about.

For this band it's the way to get it all out.

People that don;t really listen to punk music don't really get that all the songs come from life experience, or from an emotional burst that needs to be out in the open  in order to move on with life.

This band embraces that factor and crushes every aspect of it proudly.

This is why more music like this is needed. People need to know that they are not the only ones struggling and others understand and go through it too.

We give props to My Latest Failure for taking something so personal and tearing it to shreds with their music.

With a release like this, we wanted to talk to the band about how it all even started for them.

TSWS: Okay guys let's start with "Demons". This track had a classic punk rock style and stays true to your brutally honest trash sound. Where did this song come from?

Chris - Lyrically it speaks for itself, it was something I wrote a long time ago that I wasn't ready to "let out into the world" until Andy sent me the intro riff. After playing around with the riff and started developing the song I revisited the lyrics with some minor tweaks. Believe it or not Demons has been a work in progress since early 2018. Originally the track wasn't as heavy and was only 1minute 30 seconds but over time, even right up to the day of recording we were developing Demons.

TSWS: Who are your biggest actual musical influences?

Chris - And this is just a handful. We made a Spotify playlist with all the bands that inspired us, definitely worth checking out, so many bangers on it.

Chris - Myself and Andy started the band in August 2017, and named it  My Latest Failure as it was off the back of another failed band. It took a little while for us to get up and running as I had never played guitar and did lead vocals together before, it was either one of the other so took some practice before we decided to look for more members. In September 2018 Jamie completed the line up and by the end of 2018 we had played our first show and recorded an EP. This was the start of our journey.

TSWS: You sound like you'd be a killer live band. Will you be putting any focus on live performances when the time comes?

Chris - 100%, we can't wait to get back playing shows. We are very high energy when playing live,

Andy - Working in IT.

TSWS: You guys have released some awesome songs in the past few years. What kind of advice would you have for up and coming bands trying to be heard?

Chris - Don't be afraid of pushing your music, get on social media, email promoters, radio presenters etc, if you don't push it then it doesn't matter how good your music is because no one is going to hear it. People go on about shameless self promoting, I say too f'in right, get on that!

Chris - Our EP, Failures Vol:2 which features both Demons and Voices will be released on 30th April. Hopefully we'll be back playing shows, we also have a couple of new songs in the works so would be good to get back into the studio and work on them for potential releases.

Chris - I am listening to a band called Capra who are just fantastic, can't wait for their album to drop. I am also listening to We Punch Tigers, Sense Fail, Some Kind Of Nightmare, and Weaponry.

Chris -Probably some on toast... Peanut butter most likely.

Chris - We do have a lyric Video for Demons on the way.

Chris - Thank you for listening and supporting My Latest Failure. It means so much to us that people listen and like our music, it really does give us the motivation to keep creating music.