An Interview With Nappo 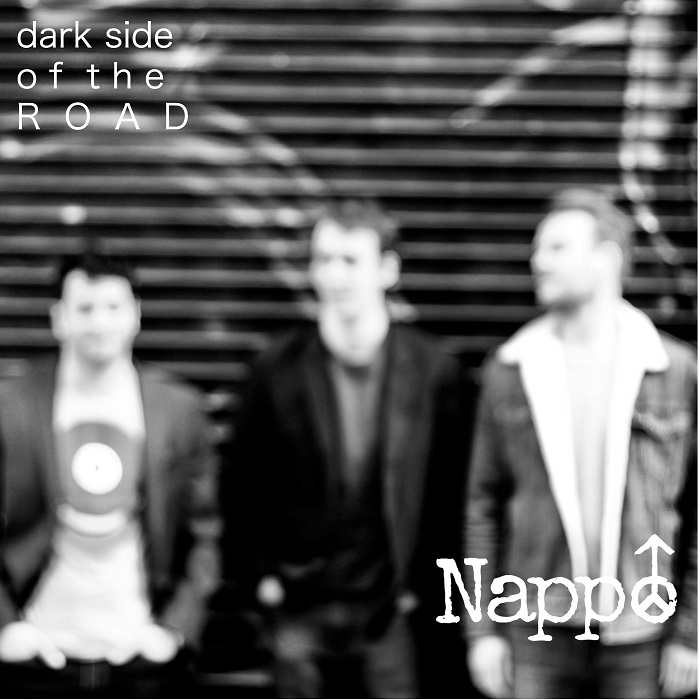 Nappo hits us with a fresh single that gives us a stripped down and personal singer-songwriter feel that touches on an alternative rock undertone and a beautiful aesthetic that grows in intensity as the song plays on.

"Dark Side Of The Road '' is an honest and straightforward track that features mainly acoustic guitar and vocals that both seem to be performed with heart and passion.

The single boasts a great energy and feels almost like a live performance as the song hits memorable hooks and has the ability to make you think and even picture memories of your own.

The song triggers certain emotions and talks about things that are relatable and hard to put into words the way Nappo does it.

A smooth and alluring single that pulls the heartstrings, "Dark Side of The Road '' gets infectious and has a way of crawling under your skin in all the best ways possible.

It sneaks up on you and has you humming melodies you didn;t realize you remembered.

It certainly does make you want to see Nappo perform live as it that one on one feel doesn't let go.

The accompanying video for the song is also quite moving and personal as it's shot all in black and white and also gives that in a room with the artist feeling.

With such a beautifully addictive acoustic single, we wanted to have a sit down withthe artist so we could talk about where this all comes from and what's next.

TSWS: Okay let's start with "Dark Side Of the Road". This track came out
beautifully and feels very personal as well. Where did this come from?

Like a lot of our recent material, this was a product of the pandemic and the forced
solitude that came with it. While some of the music Andrew creates is personal, a lot of
the material he writes explores different points of view. When channeling the experience
of a character, he finds it is best to get out of the way and let those perspectives speak
for themselves. “Dark Side of the Road” is a story of two people who let their
relationship shatter - which emotionally is often such a complex yet simple decision. The
song reckons with the difficulty of that experience while looking at both the emotional
complexity of leaving someone you have deep history with, while recognizing the
simplicity of knowing that being alone is what is best for that character.

TSWS: The video was well done! Did it take long to complete. Did it come out how
you expected?

Our drummer Markus came up with the concept and shot, directed, and edited the
whole thing. Once he came up with the concept, everything fell into place. He always
wanted to get into film directing, and Andrew just listened to everything he said for a full
day shoot. We believe that most art relies on happy accidents. During the shoot, it
started to pour, which ended up being super cool so we rolled with it. Did it come out
how we expected? No, but it never does and we loved what came of it.

Andrew and Ian met in 2018 and played a bunch of gigs together in other bands before
meeting Markus right before the pandemic. We continued to play and write throughout
that time despite not being able to play shows. Even through the hardest times of Covid
(we are all based in New York City), we all continued to play because we loved
collaborating together. Now as the city opens, we all feel stronger than ever as a group
of musicians and people.

We have written a lot of new material that we plan to release over the next year. We
have a Single and EP coming out this fall, a live album due out soon after that, and we
are going to play as many shows as possible to bring our music to as many people as
the galaxy allows.

TSWS: I'm hearing several great styles on this track. Who are your actual biggest
musical influences?

We have a lot of different influences between the three of us. It ranges from Jazz to
Punk to German Classical to Colombian Folk Music to Rebecca Black’s debut, Friday.

TSWS: Is this your debut release?

Andrew: Courtney Barnett, The War on Drugs, and George Harrison
Markus: A Day To Remember, The Maine, and Weezer
Ian: Led Zeppelin, Vulfpeck, and Bob Mould

Yes! We played our single release show a couple weeks ago at the legendary Bitter
End, and we have another show coming up at Berlin in New York under Avenue A.

You have excellent taste in music.