An Interview With Nick Cove & The Wandering 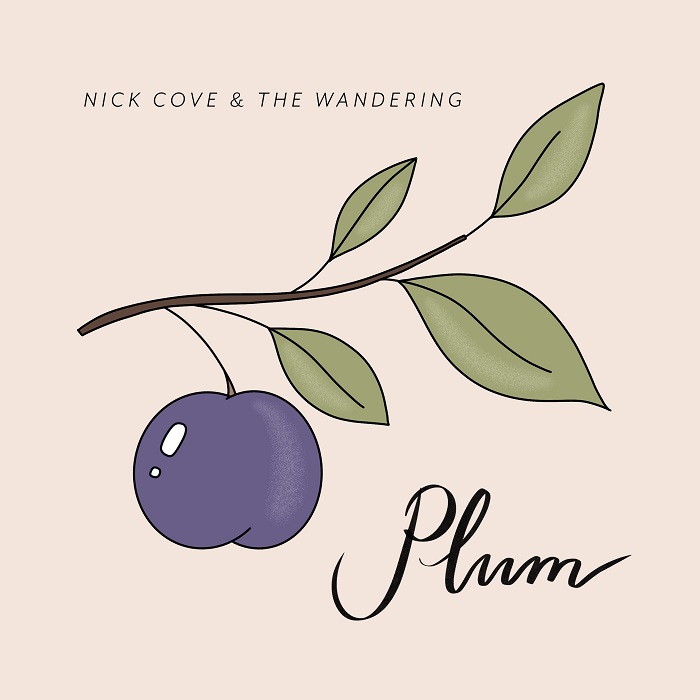 Nick Cove & The Wandering just dropped a fresh single that breeds familiar sounds of 90's alternative underground rock bands and fuses it with some outstanding guitar work and melodies that create a flowing atmosphere and cinematic tonality.

"Plum" explodes into colorful vibrancy and settles down into a calming ocean of textured rock and it gives off the feel of bands like Hum or Chore or even Pavement.

The song is quite beautiful and is performed with a great passion and tons of heart.

You can actually hear the love these guys have for their craft.

A track that is truly short but sweet, "Plum" is incredibly engulfing and true. You find yourself stuck in the song and it's a warm feeling like the sun hitting your face at dusk.

This single is a tastefully textured and layered track that boasts and honest and personal tonality and a punch that hits you when the song is over.

This is a song you can get pulled away with and it will keep you afloat with emotion and sound from start to finish.

It's nostalgic and comfortable sound and style is amazingly addictive and it really makes you want to dig in more.

Nick Cove & The Wandering have outdone themselves with this nearly perfect alternative rock single and with its release, we wanted to touch base with the band and talk about how this came about and what maybe next for them.

TSWS: Okay so let's start with "Plum". This track had a great sort of classic underground alternative sound to it. Where did this track come from?

This track started as a way to try and articulate how I truly felt about my fiance. It can be tough for me to think of the right words, so writing these lyrics was a great way for me to share and verbalize what was going on inside my head and heart.

Nick Cove & The Wandering started out as a side project for a handful of my acoustic tunes I was writing while pushing full steam ahead with a past band of mine. Soon after that band was put on hiatus, I doubled down on making NCatW a priority and I've been loving every second of it since! Sometimes it feels like we have a rotating cast of musicians that fill in in The Wandering, so it ends up feeling like a Desert Sessions type musician working environment, which I enjoy!

Probably not new tracks, but there is definitely more content coming your way.

TSWS: I'm hearing some killer rock and even grunge undertones on this track. What bands really influenced you all for this song?

Grunge was the music genre I really latched onto in my middle school and high school days. I was a sponge for it all. I can't say if one specific grunge artists influenced this song specifically, but I'm a huge Soundgarden and Pearl Jam fan, so those influences will always make their way in.

I work as an Audio Visual Technician while the other members are working in areas that deal with exotic foreign cars to programming to managing a creative team.

We would really love to get a live session out to showcase how we perform. We end up changing the songs ever so slightly to make them fit the live act. I love seeing bands changing up the tunes from how they are performed on the record. Sometimes all of the studio magic isn't there, so you have to fill it out or creative more dynamics than what was originally there before.

For demoing, we end up using Logic and Reaper (I think?) I will usually get a four mic setup going for drums (kick, snare, overheads), record that, record guitars and vocals separately, and then I will send those tracks to our keyboard player who will fine tune his parts using MIDI.

We are all actually listening to A LOT of Green Day for something special we have planned before the year ends.

We have a couple in the books! Two in the Central/Southern PA region and then another at Cult Classic Brewing in Maryland.

TSWS: What kind of advice would you have for other up and coming artists out there?

Get creative with how you can get your band out there. And don't be afraid of treating your band like a business! There is a lot of taboo surrounding that mindset, but you don't have to sacrifice creative freedom and liberties to become famous or a successful band. The world of music business has changed since that time. Bands and artists have more tools than ever to aid them in getting to where they want to be. Be confident. Listen. And be willing to learn.

Any streaming service from Spotify to Apple. We have a Bandcamp too!
You wake up in the middle of the night starving. What is your go-to midnight snack? (a question of character)I'm a sucker for BBQ chips. Get them in my friggin belly.

We are beyond thankful and appreciative of you. It always brings smiles to our faces when we see a crowd there for us or when someone comes up to us and says that they listened and loved our music. These little pieces mean a lot to us.