An Interview With Nick Zubeck 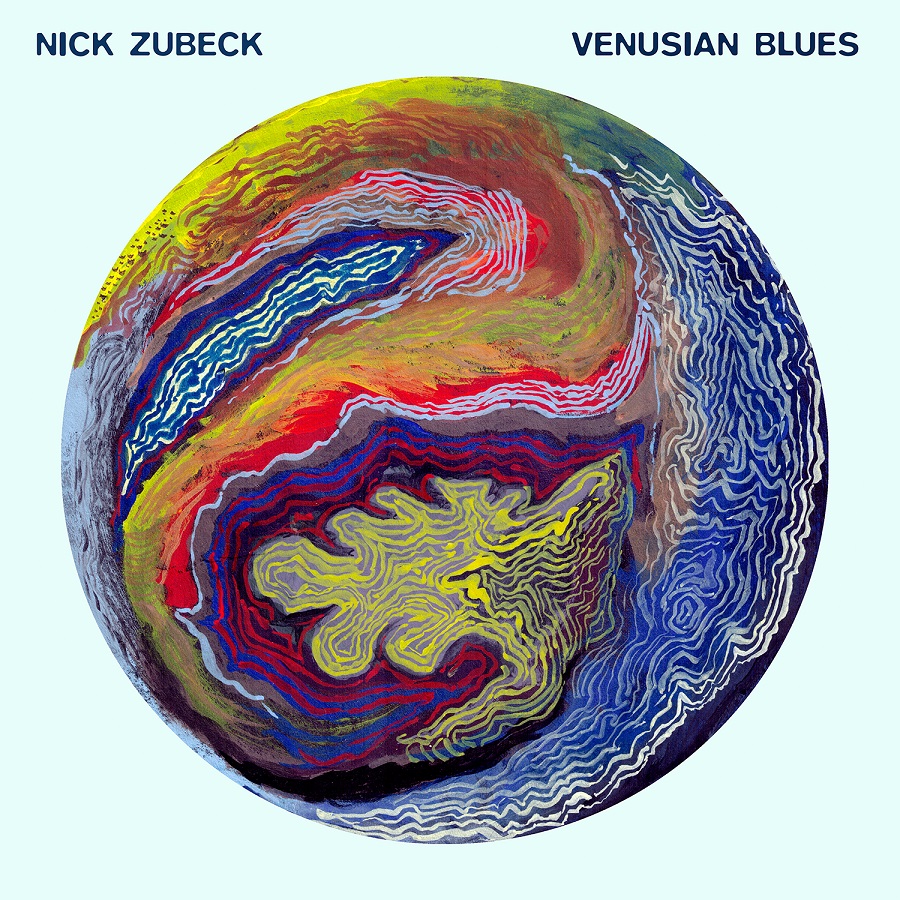 The lastest from Nick Zubeck is a massive full length album release dubbed Venusian Blues and it's got such a wide range of genres in one record that you may want to start it over as soon as it ends.

A tasteful variety of indie-pop, indie-folk, and cinematic singer songwriter among others take over your brain and whisk you to different worlds and surround you with flavorful instrumentation.

This record has its own life. Its own ambience and feeling. It's different but with songs that you feel good while listening to.

Constructed with angelic progressions, dream like atmospheres and colorful sounds.

What's really cool is that the first half of the album sound nothing like the second half. You never know what to expect next and there are always surprises right around each corner.

With such an in depth record we wanted to sit down with Nick to talk about where this actually came from and what it may mean.

TSWS: Okay let's start with the Venusian Blues album. This record has a great infusion of rock, indie-pop, and more. Incorporating synth work and floating guitars really does make the album feel massive. Where did this record come from?

Nick: The songs came out of a tumultuous period in my life. I went through a stretch of extreme highs and lows - incredible adventures and joys from touring the world and falling madly in love, and devastating losses and grief from the death of a loved one and multiple breakups - you know, normal human experiences, but the universe really condensed a lot of them into a short period for me! It was pretty overwhelming, but I learned a lot, and these songs came from reckoning with the aftermath. Sonically, it was a pleasure to build the songs up with my friend and producer Sandro Perri. Between his studio and mine, we mostly did everything ourselves and called on a few other fantastic musicians here and there. It was a bit a different approach than my last couple of records, which were more band based, and suited where the material was coming from I think. And yeah, some stuff sounds expansive for sure, but there's a lot of space, and even a couple of live solo vocal and guitar performances, which I've never put on a record before. So I hope the intimacy comes across as much as the massiveness.

TSWS: I'm hearing blues, classic rock, and other styles in this. Who are some of your biggest musical influences?

Nick: The "blues" in the title is somewhat of a deliberate misnomer, but classic rock was definitely a big part of my formative music years. High school was a steady diet of bands like The Doors, The Police, Zeppelin, Floyd, The Dead, Zappa etc... things opened up after that and I try to listen to things I've never heard before as much as possible in any genre. Lately I've been listening to lots of world and ambient music.

Nick: I took piano and ensemble lessons as a kid, and later guitar, but the thing that really triggered something early on was when my music teacher, Cathy Mitro, would take all the kids into the percussion room at Humber College and let everyone pick out an instrument or 2 and find a corner of the room to sit in. She then turned the lights out and instructed us to simply listen and respond with the instruments we'd chosen. It was often cacophonous I'm sure, but also magical, and my first taste of free improvisation. We called it "weird music". I loved Kenny Rogers and the theme from Cheers, and at some point in my adolescence wrote lyrics for the entire Dave Brubeck Time Out record.

TSWS: Do you think you might try and do some live performances when the time comes?

Nick: Absolutely! I miss playing and going to shows! When this is over it's gonna be like the roaring 20's again! Maybe? I was in the early stages of planning a European tour for this record, and would love to pick up on that as well as playing closer to home.

Nick: Currently working on a comedy Youtube series called Master Debaters where I splice together audio from 2 wildly different people and make it sound like they're having a debate. The first episode is Werner Hertzog vs. Eckhart Tolle. It's either gonna go viral or I'm gonna get sued. Other than that, lots of nature time hiking, camping and biking... and working on other creative projects with my awesome son Jacob.

Nick: I'm working on a longer instrumental piece that I hope to get a grant for to expand into an animated film collaboration with Philadelphia based animator Tobias Stretch. Also writing songs for the next album and working on some more recordings for my other project, Maud Gonne. And hopefully touring my stuff and playing with other humans again!

TSWS: Are there any non-musical influences that spark a song for you?

Nick: Most of my song influences are non-musical I think: people, places, relationships, experiences, dreams... I've been scouring Bjork interviews for a potential Master Debater episode with her vs. Alex Jones, and she once said something like: you don't make a film about a film, or write a book about a book, you make them about real life.

Nick: Where are you?!