The Wild And Colorful Rock Of No Thee No Ess 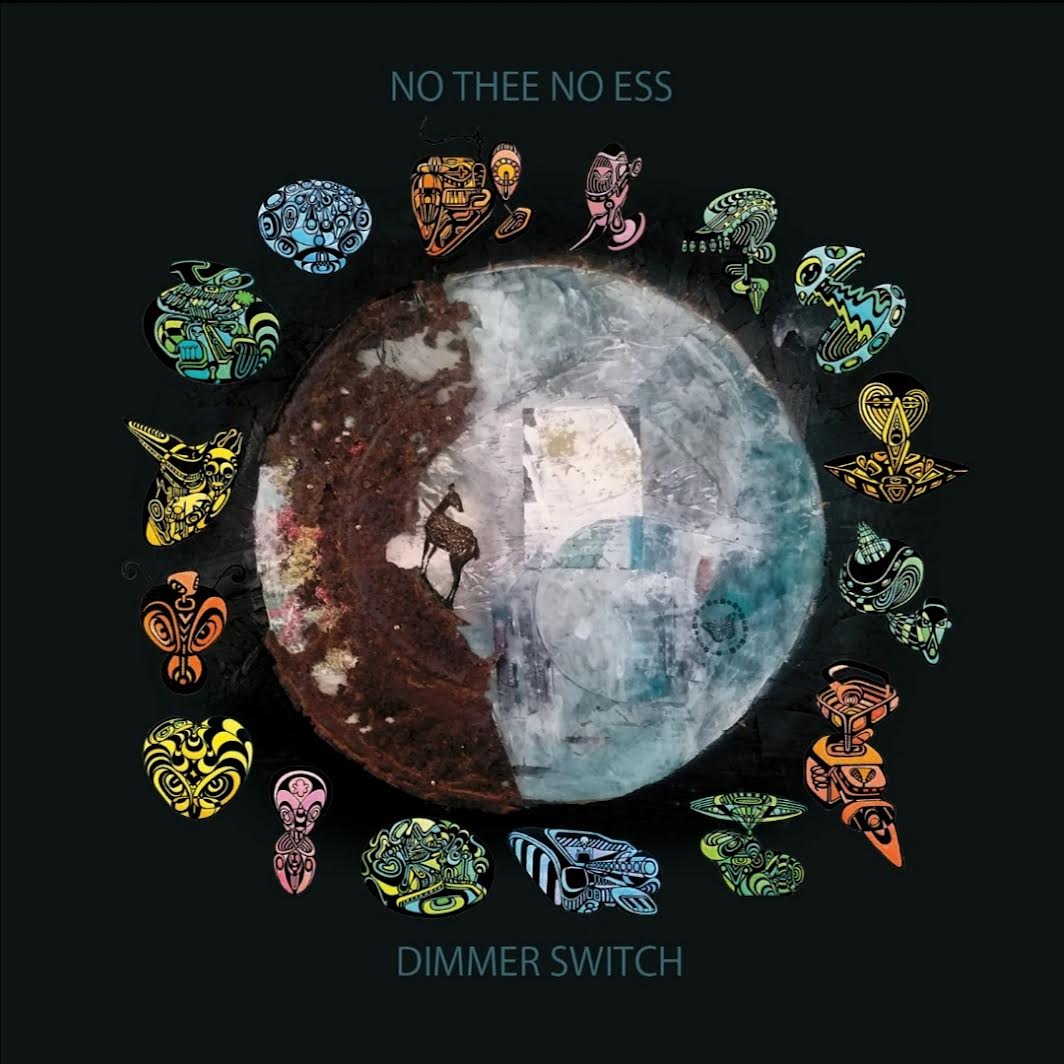 A new album release from No Thee No Ess takes on several genres on one massive record by mashing classic rock with spaced out atmospheres, progressive pop rock and mending acoustic rock with frenzied garage bangers that all roll out one intense and almost theatrical masterpiece.

The Dimmer Switch album is packed solid with outstanding tones and colors from guitars, synths, and more all displayed with an energetic and bright showcase of character.

The record has a surprise around every corner and by half way through the record you really have no idea what to expect next aside from that it's going to be good.

Indie-rock tastes that bring back 90's underground rock bands peak through and influence songs in a certain direction but then take you someplace different the next.

It's all such a crazy fun musical journey it best not taken alone.

The record feels and sounds almost like it is a concept album and songs go from that one on one feel to a live performance at a good small venue vibe and all with a certain gracefulness.

Songs get quirky and outside the box but still incredibly catchy and lively.

Bands like The Flaming Lips and The Violent Femmes come to mind from time to time and that character and presence is bright and powerful with each end of every track.

This record is huge and loaded with hooks that all have this sheen to them that feel good and warm to listen to.

You can tell these guys had a blast creating this record and they put a ton into their songwriting that really does a great job of showcasing their love for the game.

The musical fusion of sounds and layers, genres and subgenres all really work so well together its crazy and this is actually part of the band's staple style of songwriting throughout the album itself.

This band delivers a special breed of experimental rock that borders on psychedelic garage folk and most of the time, it takes every ounce of your attention to swallow. We mean this in the best way possible.

It sticks to you and bounces off of you at the same time.

You really haven't heard much quite like this and all the musical roller coaster it brings.

This is part of why it's so damn addictive.

Best listened to as a whole, the Dimmer Switch record has quite a bit to offer and ends up being really driving and fun.

Take a dive into this one when you can.

No Thee No Ess Spotify

No Thee No Ess Bandcamp

No Thee No Ess FB