An Interview With Olivia Bell 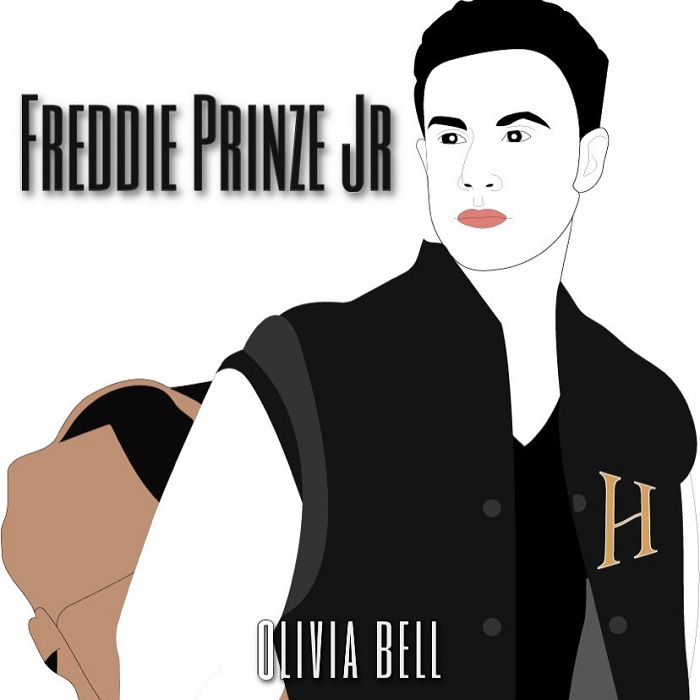 A new single release from Olivia Bell hits all the 90's pop-rock memories you can possibly have with fun and danceable tones, and a youthful energy that keeps the drive going strong.

"Freddie Prinze Jr." is an endlessly fun rock song that you can shake your butt to and with a touch of alternative edge and tons of character, the song will have you hooked.

This single has color and vibrancy that actually feels like a song you'd hear in the background of a 90's rom-com flick at  any given moment.

Bell shines with charisma and delivers a radio ready song that has a warming and familiar feel to it. Almost like maybe you've heard it before.

What's just as good as the song itself is the music video it come with.

The video for "Freddie Prinze Jr." shows Bell's presence as an artist as she dances around the house and watches movies starring guess who...Freddie Prinze himself.

This is a super relatable track for those who actually loved those films and so many really did.

The song really shows what a young artist can do with pop-rock and it's clear Olivia Bell loves what she does almost as much as she loves Fressie Prinze Jr.

But there's only one way to find out.

We had to have a chat with Bell to find out where this came from exactly.

TSWS: Let's start with "Freddie Prinze Jr." This track has a 90's pop-rock vibe to it (which obviously goes well with the title), and it's a fun and vibrant track! Where did this song come from?

Thank you! With this song I wanted to capture the anxious magic of a budding crush on someone and how it sometimes feels like the crushes you had on famous actors/actresses as a kid. I love 90's rom coms and I was going through a phase a while ago where I was watching a lot of them and "She's All That" became a comfort movie for me. I sat down one night with it on in the background and wrote the song in one go!

TSWS: I'm hearing some great rock influences in this song. Who are some of your actual biggest musical influences?

I grew up in a very eclectic musical environment. My dad raised me on classic rock (The Beatles, The Who, etc) and my mom introduced me to old school folk/country songs, as well as strong female artists like Sheryl Crow and The Chicks. When I started developing a music taste of my own in middle school, I really leaned into emo/pop punk/alternative/indie bands like Fall Out Boy, Paramore, MCR, any band that would play Warped Tour, and any band I found on Tumblr. Nowadays, I am very inspired by indie/singer-songwriter acts like Samia, Del Water Gap, and Phoebe Bridgers.

TSWS: Did you actually have a thing for Freddie Prinze Jr.? (had to ask)

TSWS: I mean, watch "She's All That" and tell me you DON'T

The video was fun and you did a lot of dancing around the house! Did it come out how you wanted? Did it take long to create? Thanks! I had a rough concept for the video and asked my cousin Sarah Minear, who is a photographer, if she would direct it. The two of us filmed the whole thing in one day and it came out better than I could have hoped!

I'm getting ready to announce an EP in the next few weeks which will be released early this summer. After that, I'm focusing on getting the album finished and finalized for a fall release!

Recently I've been doing research for a podcast my boyfriend and I are working toward getting started. I'm also working on a poetry collection, but that project is on the back burner for now. In my free time, I love to read and color in my coloring books while watching random Youtube videos.

I am loving the new PONY album "TV Baby" and the new Briston Maroney album "Sunflower". I've also been very into the Boomtown Rats lately, which is kind of random.

TSWS: Give us your top 3 Freddie Prinze Jr films.

I Know What You Did Last Summer, Scooby Doo, and She's All That of course!!!

TSWS: Now that things are slowly getting better, will you focus on live performance at all?

Yes! I am always looking for opportunities to play out locally, and have a few lined up for the summer. This spring I had a "virtual tour", where I played acoustic livestream concerts on my social media and I want to do more of that too!

TSWS: You wake up in the middle of the night starving. What's your go-to midnight snack? (this is a question of character of course)

TSWS: This was a great song and video. Any advice you'd have for other up and coming artists out there?

I'm still starting out myself, but I am so lucky to have so many talented people in my life I can go to for help or advice. Make connections and collaborate! Pay it forward whenever you can.

Thank you so much for listening! It means more to me than I could ever express. If you've chosen to listen to my music for any amount of time, I love you. Even if you hated it. I have so many exciting projects coming up this year so stay tuned! I'm only getting started, don't give up on me yet!