An Interview With Overshare

A fresh new banger from Overshare is a colorful, damn smooth good time complete with indie-pop overtones and hip-hop infused and all with a bright and youthful energy.

"Flaws" hits all the marks for a lovable pop song that experiments with sound and holds true to a killer radio sound.

The single features jazz guitars that border a surf sound and the whole track feels vibrant and almost performed with attitude and style.

You can hear how much fun these guys had making the song as it's super fun to get down to. It's groove is a deep one and it feels both lo-fi and polished at the same time.

"Flaws" really shows what young songwriters are capable of in our days and shows us the possibilities are limitless when it comes to producing and recording songs.

You will want to get up and dance to this track without a doubt.

With such a fun pop track released, we wanted to have a chat with the duo to talk about where this all came from.

Okay guys, let's start with "Flaws". This track is super fun and combines indie-pop, dream pop, and hip hop among other genres. Where did this song come from?

[Eric (producer and vocalist)]Flaws musically came about from me attempting to capture the magic of the bass line in Billie Eilish’s “Bad Guy.” I wanted to create a song with an infectious bass line that captured people’s attention and drove the song forward in a similar fashion to “Bad Guy.” Obviously we made it our own and my background in hip-hop production was apparent but that’s where the song started, with the bass.

TSWS: The video was as colorful as the song was and it was a great time watching it! Did it take long to get it together? Did you like how it came out?

[Connor (bassist and guitarist)]
Thank you! The video was shot in the course of one day at Eric’s parents’ house. We really loved how it turned out. The video was directed by a mutual ex of ours, Hayle Birlew, that we’ve both remained friends with over time. She was actually the person that introduced the two of us for the first time. She’s an amazingly talented director and artist and she did a great job on the video.

TSWS: "Flaws" has some killer styles in it. What artists or bands really influenced you guys?

[Eric]:
Well as stated earlier Billie Eilish was a big influence on that song. Otherwise this LA based producer and artist NVDES is really someone who we look up to and who influences us musically. His album Vibe City Utah is literally my favorite album. Also the 2 collaborations between Mura Masa and Slow Thai really have influenced the direction we’ve gone as a band. The way those songs combine electronic and punk is just sublime.

TSWS: How do you record your stuff? Is it a home set up?

[Eric] :
Yes we record all of our music in my bedroom. I put a disco ball and various mannequin limbs scattered throughout my room in order to cultivate a creative vibe. We’re definitely most comfortable making music there.I usually get the song started by programming some drums in my computer. Then Connor adds bass, then I add vocals, then Connor fills out the spaces with guitar. I have a background in audio engineering so I mix and master most of our songs myself.

[Eric]:
I started off being inspired by MF DOOM (RIP) to make hip-hop music back in 2014. I tried to rap and started creating my own beats in Ableton. Eventually my love fir all genres lead me to experiment with different styles of music. Then I met Connor in 2019 and was able to utilize his guitar and bass background to make more rock and punk inspired music.

[Eric]: like to imagine every woman that’s ever broken my heart boiled down into one person, and then I write about that one imaginary person.

[Eric]: I work at a recording studio so there isn’t a ton of time I spend away from music, but I do really enjoy training in Jiu Jitsu, playing super smash brothers and exploring haunted graveyards around Dallas.

[Connor]: We’ve started working with a drummer, our friend Chelsea, and hope to bring some more genuine rock n roll into the mix on future tracks. We’re sitting on quite a few tracks that are very close to finished so we should have a handful of new tracks this year.

[Eric]: Two things. If you want to be heart you gotta be loud. That means visually and musically. You need to be showing your music to everyone you can and really putting yourself out there. Secondly, really work on your song writing. If blogs and playlists aren’t picking up your songs consider working on more straightforward, tried and true song structure and really mastering the art of songwriting.

[Connor] Obviously thank you all, don’t take the funk. 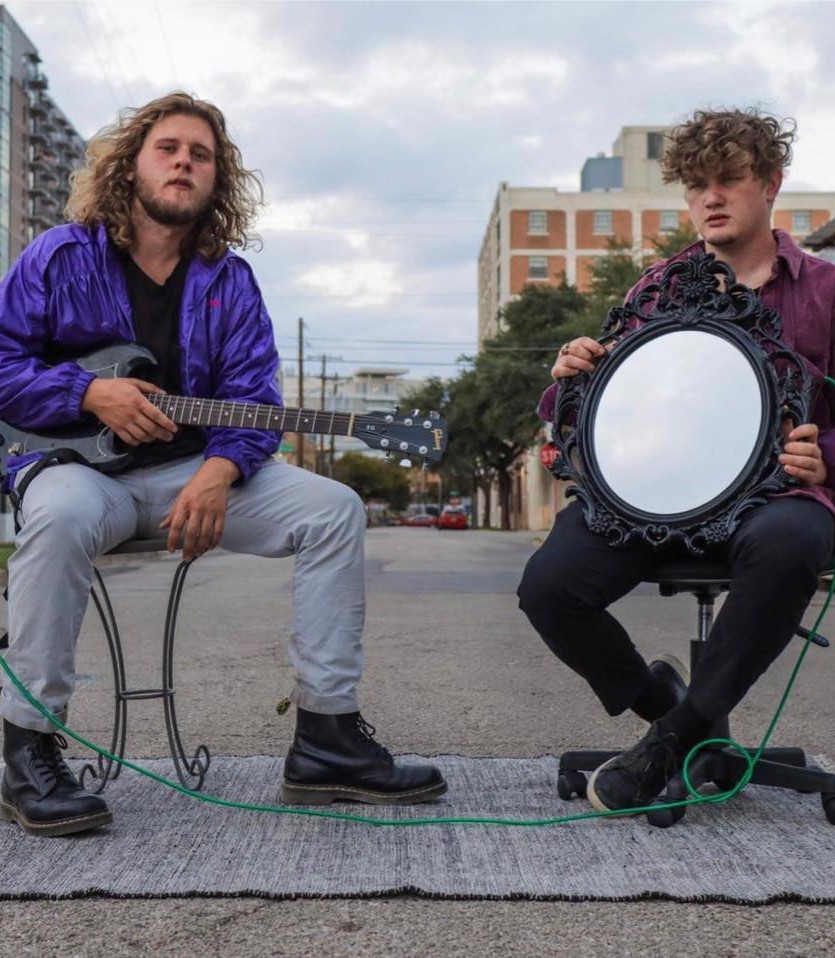