Poppy Puts The Heart Back Into Rock Music 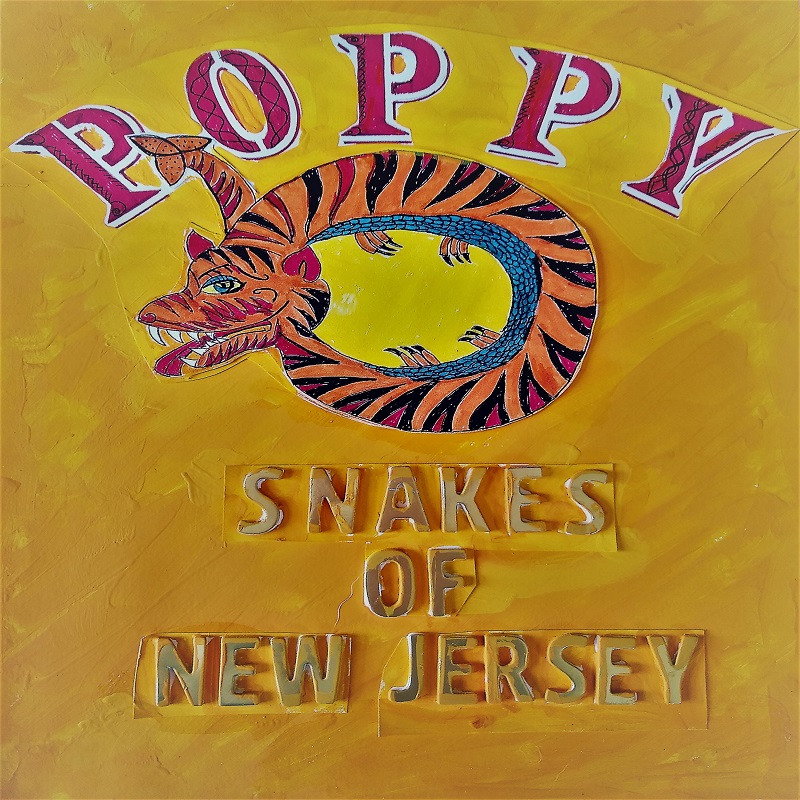 A fresh release from Poppy brings us some outstanding fusions of garage and indie rock crossed with a massive pop-punk overtone and bright sonic toneality along with more heart thatn you can handle. Just kidding, you can handle it.

The Snakes Of New Jersey album is an absolute powerhouse of colorful tracks that even touch on songwriting styles of the 50's at times. Songs like "Hand in the Lion's Mouth" is like listening to a rocked out Buddy Holly at times.

The songs are diverse and incredibly fun as guitars fuzz out and vocals belt out with passion and youthful gusto.

Plenty of classic rock influence shines through as songs roll out in a beautiful soundscape while telling stories that can get detailed and paint pictures as they grow intense and explode into massive emotionally driven climaxes.

Blues rock starts coming into play and everything gets fervent and fiery as they perform songs that feel like you're watching them play live right infront of you.

This record is such a massive culmination of styles and swagger it's almost intimdating in all the best ways.

Is swagger-rock a thing? If not it is now, and Poppy is just that.

It's hard not to fall in love with this record and this band by the time you're half way through this album and you can feel the love coming from every note and every chord.

With such a huge presence on the record it's fun to actually imagine seeing these guys live. I would think it would be like seeing MC5 back in the day.

This is a great musical journey in rock to just jump straight into and pretty much any fan of most forms of rock will get attached to this record straight away.

You can get into the record on their spotify and plenty of other places and the music video for "Moomoo & Goadie" is below.

Special thanks to Poppy for putting heart back into rock music.