An Interview With Punching Peaches 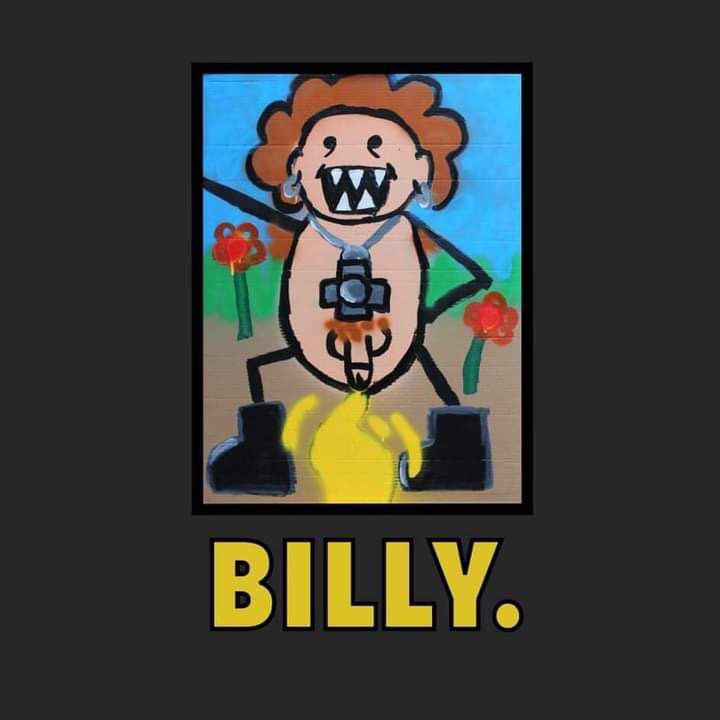 Punching Peaches just released a new banger that hits that classic punk rock feel and does it with all the grit and attitude you'd expect. Complete with driving riffs, high octane energy, and explosive and experimental sections that give that late 70's punk feel.

"Billy" is an absolute killer and it doens't let up for even one second. That energy is just thriving and that vocal style gives a fun presence that showcases tons of swagger.

The track gives a bit of Fear, and a bit of Block Party as drums destroy at high speeds and guitars thrash out but with such intricate perfection it's outstanding.

It all comes together like you'd never expect and it's a song that leaves a mark for sure.

The release packs quite the punch and fans of garage rock and punk music with loads of character and a certain freedom that just feels good to listen to.

These guys know exactly how to write a song that makes you want to jump around the room and get down.

What's even more fun is the parts with delayed vocals and a touch of psychedelic tinge which only boasts that genuine 70's rock feel even more.

This was a blast and with such a killer track, we wanted to touch base with the band to find out where this came from and what may be next for them.

TSWS: Okay guys, let's start with "Billy?". This track was high octane rock with a grit to it that was totally addicting along with its surf rock undertone. Where did this track come from?

Naoise: So I was just kinda messing around with drum parts on my own, this kind of fast 80s post-punk inspired drum pattern. Very inspired by Joy Division and New Order, particularly with that fast high hat rhythm that I do. It was an idea I was messing around with for a while then I brought it to the rest of the band, then we all wrote over that really quickly.

Conor: This track was the result of us mostly improvising , it was written first quite a while ago over quite a simple jam we were messing around with. With a lot of my lyrics I like to mess with people's expectations, with 'Billy?' I wanted to make it something that could be interpreted in a lot of different ways. So I decided to stick with my original improvised simple lyrics.

Jack: Not sure about surf rock undertones, but the track was inspired by the likes of gang of four and other funk inspired post-punk bands like talking heads!

TSWS: I am hearing some different rock styles on this. Who are some of your biggest musical influences?

Naoise: In terms of drumming my biggest influence was the album Dogrel by Fontaines D.C.I love the drumming on that album, love the stuff he does with the toms and he plays a lot on the ride cymbal. He kinda half crashes , half rides on the cymbals which it gives it a nice wash but also a lot of stick defintion. I love the minimalism with his drum setup and all the different types of tones you can get with that voicing. In terms of just general music, The Smiths, Girlband and Just Mustard would be really big influences.

Conor: I mainly grew up on a lot of 60s stuff. My dad had always played The Doors, Leonard Cohen and the Woodstock movie on repeat when I was small and that kind of music left a big impact on me. I'd say I also take a lot from Talking Heads and particularly David Byrne's stage precence.

Jack: I feel like I have different influences for each song. For the production on our first single Wristwitch I took a lot influence from Revolver era Beatles stuff, Tame Impala and MGMT. For Maggots I took a lot from Nirvana's Nevermind, a bit from hardcore punk too and for Billy it was mainly Idles and Gang of Four.

TSWS: So, how did all of this start for you guys as a band?

Naoise: Well I actually met Jack at this music summer camp called School of Rock. From there me and Jack decided to start busking together, then Conor showed up one day and basically never left.

Conor: I met Jack when I was 16 after doing the Irish Youth Music Awards back in 2015. We were both at kind of a crossroads at that point in our lives and we ended up sharing a similar sense of humor and openness to music I guess. When we started writing together we were really happy to just be completely silly with what we were doing and I think that unlocked a lot of creativity within us. Naoise and Jack had already been busking before this point so he naturally got involved then aswell and we sort of organically morphed into a band over time. After a few years of figuring ourselves out we eventually settled on where we are today.

Jack: ...so I was just hanging around a bus stop one day and so was Conor, we started busking, brought Naoise in and here we are 6 years later as Punching Peaches.

Naoise: We have rehearsal on Friday!

We're planning to release a number of singles, eventually we'd like to release our debut ep, and we've also got a number of irish dates coming up to coincide with the release of Billy.

Conor: Yeah we're releasing Billy on October 29th, gig in the Roisin Dubh on November 15th and a few more on the way to be announced soon! We have many more singles recorded and more less ready to go, we're hoping to bring out another single before christmass. I'm really looking forward to that one as it's a lot darker in tone to our singles up to this point.

Conor: Can we announce that yet?

TSWS: How do you write your songs? Is it lyrics first or guitars maybe? Do you write songs together? How does it work for you?

Naoise: It always depends. In FRO (previous band name) Jack & Conor were the main songwriters. Even the drumbeats, Jack would make them electronically and I would kind of humanise them, try to get them as close as I could while putting my own spin on them. Then over lockdown we changed the way we did things as we were all living in different parts of the country, so we had to write songs through home recording and file sharing. We'd send each other ideas, loop over them and stuff. A few songs in our set now were written in complete isolation which is pretty cool. Then about a year ago we got the rehearsal studio and thats lea us to writing songs by just jamming them out.

Conor: There's no formula really, I think every time we write a song it's different. The lyrics are generally handled by me but all of us generally contribute to the arrangement. Sometimes we'll write something just out of a jam in a rehearsal studio or sometimes one of us will write something on their own and bring it to the group. We're always trying new things.

Jack: Allrigght listen up buckoo, there's 2 ways of writing songs. One way is that one of us will write a song and we'll work on it together and adapt it, the other way is we just jam it out as a band and it just kind of comes to us. That's what happend with Billy.

Conor: Screaming at the government for all the sh*t they're doing, mainly.

Jack: When I'm not working on music I am washing dishes for money 8 hours a day. I make beats too. I have a secret alter ego where I produce for lil keem.

Naoise: I'm listening to Molchat Doma. They're my new favorite band from Russia I think?

Conor: They're from Belarus

Conor: I've been checking out a lot of the stuff going on in the irish scene lately.   Static Vision and TV People in particular are great. Pretty Happy and Silverbacks have also had some crazy stuff out.

TSWS: Any advice you'd have for other up and coming bands out there?

Naoise: Sure we're the ones that need the advice, we're up and coming, who do you think we are man?! Don't do drugs.

Conor: Play as many gigs as possible and work with as many different people as possible on different projects. Good contacts are more valuable than anything else really. Very important to just be nice, friendly and easy to work with and most importantly just be funny, be chatty and engage with people. Don't try to play it cool.

Jack: Try not to burn any bridges with anyone, particularly in Ireland its a very small industry and its all very connected.

Conor: Are you bringing anything different to the table like, performance wise?

Conor: Yeah absoultely. We try to add more songs to the set and more weird performance aspects into every new gig.

Jack: Yes we're supporting *Redacted* on December 9th. We're also having a gig in the Roisin Dubh on Nov. 15th. We're trying to bring some of the more experimental production elememts into the live set, doing some live vocal processing and some ambient samples.

TSWS: Did you play life a lot before the pandemic?

Naoise: Not really. I played a lot with some of my other bands. I was in this band incredible band called Gif in Dublin that I really enjoyed for a while and we played live a lot. I'm still good friends with Lara Minchin from that band, she's a fantastic musician. I also played a lot of gigs in a band called Vulture Casino, my friend Echo Harte was fronting that band and he's an amazing performer. We (Punching Peaches) played a few gigs as FRO here and there and were just about to dip into it heavily and then lockdown hit.

Conor: Yeah we actually had a couple gigs lined up just before the pandemic but I'm kind of glad we ended up having time to improve our gig setup over lockdown.

Jack: Ammm not really, a little bit. I can't really remember. We used to play in the roisin,the loft,workmans... *trails off*

Naoise: Support the artists because if you help us artists earn a living then you help the art itself. The band is like the car and the fans are the engine...

Conor: We love you! We hope you continue to love our music!

Jack: I don't like the term fans. I don't really like adressing a large group of emphoras people.