An Interview With Radio Ritual 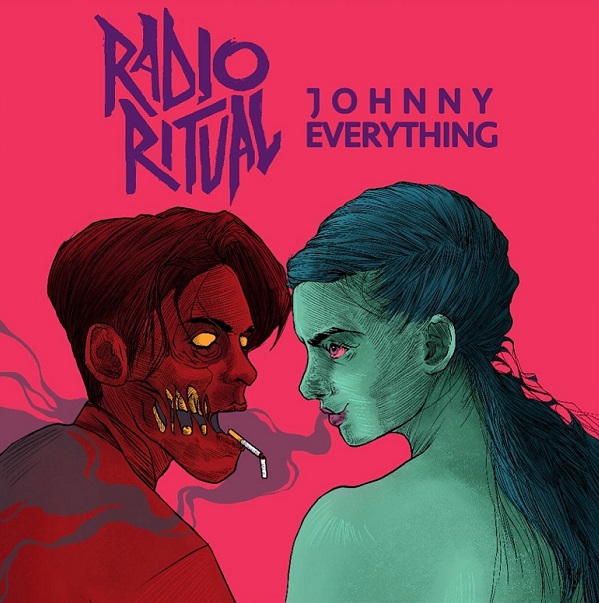 A fresh banger from Radio Ritual brings a clash of classic and alternative rock with explosions of energy and pure arena rock presence from start to finish.

"Johnny Everything" boasts a massive and colorful chorus complete with pounding drums, crunching guitars, and a belting vocal that all together, makes you wanna sing along, fists in the air and all.

Tasteful guitar solos and youthful gusto along with an alive and breathing songwriting formula gives the single its own atmosphere and brings to mind alt-rock bands from even the 90's at times.

This track packs a punch for sure and shines with character and an absolutely genuine rock aesthetic all the way through.

By the 3rd time around you actually are singing that chorus line and rocking out with the band.

The song almost feels like a late 70's, early 80's rock song that you'd hear on the radio or at a party somewhere.

It's got a touch of that nostalgic feeling to it which makes it pretty comfortable and almost familiar.

"Johnny Everything" comes with a killer video which features the band on stage doing thier thing and this only showcases even more of the bands already bountiful presence.

One thing is for sure, Radio Ritual knows how to write and perform one hell of a rock song and is surely paving their way in the world of rock n' roll and doing it their own way.

These guys are pretty much everything you'd want from a band that delivers pure, blissful, high energy rock music.

WIth such a badass release, we wanted to have a chat with the band to find out where this came from and where it may all be going.

TSWS: Okay so let's start with "Johnny Everything". This song has a killer arena rock sound and feel! Where did this track come from?

First of all Thank you for your kind words , the original idea came from a Guitar riff Burton Car, our lead guitar player and founder , showed to our frontman during our previous single “Dancing Dead” recording . From that point we started jamming the idea until it became a song during The COVID Times were we kept rehearsing and playing private shows .
The video for the single was awesome! It showed some great presence from the whole band! Were you guys happy with the outcome?Yes , we are very proud of it and we would like to thank Phil Jaguiri, Jared James Nichols manager for having us at this studio in Downtown LA.

TSWS: Between the song and the video I'm hearing and seeing some classic rock and even 90's rock styles. Who are some of your biggest musical influences?

I would say Foo Fighters, Queens of The Stone Age, Guns N Roses , Soundgarden ! All of the greats !!

It started at the end of 2019 when Burton approached Mac , and they started developing songs together , it wasn’t until January 2020 that our drummer & frontman joined the band , lastly Tinu our fellow Argentinian bass player joined the band and we called it Radio Ritual .

TSWS: What's next for the band. Anything in the works even now?

We have a new single coming out on November that is called “Wake Up” and it’s awesome , it’s a darker theme and I think a lot of people had been asking us to show our heavier side , this is the time .

TSWS: Are you guys planning on any live performances? You have the feel of a live band for sure.

We are playing some shows at the end of the year around LA and Texas , dates will be announced very soon! In the meantime we have an awesome live show recorded at the Gibson Showroom in Sunset Blvd , LA and it’s available on our YouTube Channel “Radio Ritual TV” check it out and if you like our music subscribe to our channel for more !

We like to hang around , go to bars , meet people, or BBQ!

A lot of Nirvana, Dinosaur Pile-Up and Nothing but Thieves
The single and video seems like a big undertaking. Is there any advice you'd have for other up and coming bands out there?
Keep it up! Persistence is the key and do the music that makes you happy , after all being able to express yourself is the real success in art and music .

TSWS: How do you guys write your stuff?

Is it lyrics first or guitar chords? Do you write everything together?

It’s allways a guitar riff, and song that one of us brings or a melody that catches our singer ear .

TSWS: You all wake up in the middle of the night starving. What's all your go-to midnight snacks? (a question of character here)

I would like to thank you all for supporting us and our dreams , and tell you that we love to hear from you , we are an independent band that works a lot so we love your comments messages and videos ! Feel free to check out our music at Spotify  as Radio Ritual as well as YouTube, Facebook , ITunes etc.