An Interview With Randa Z 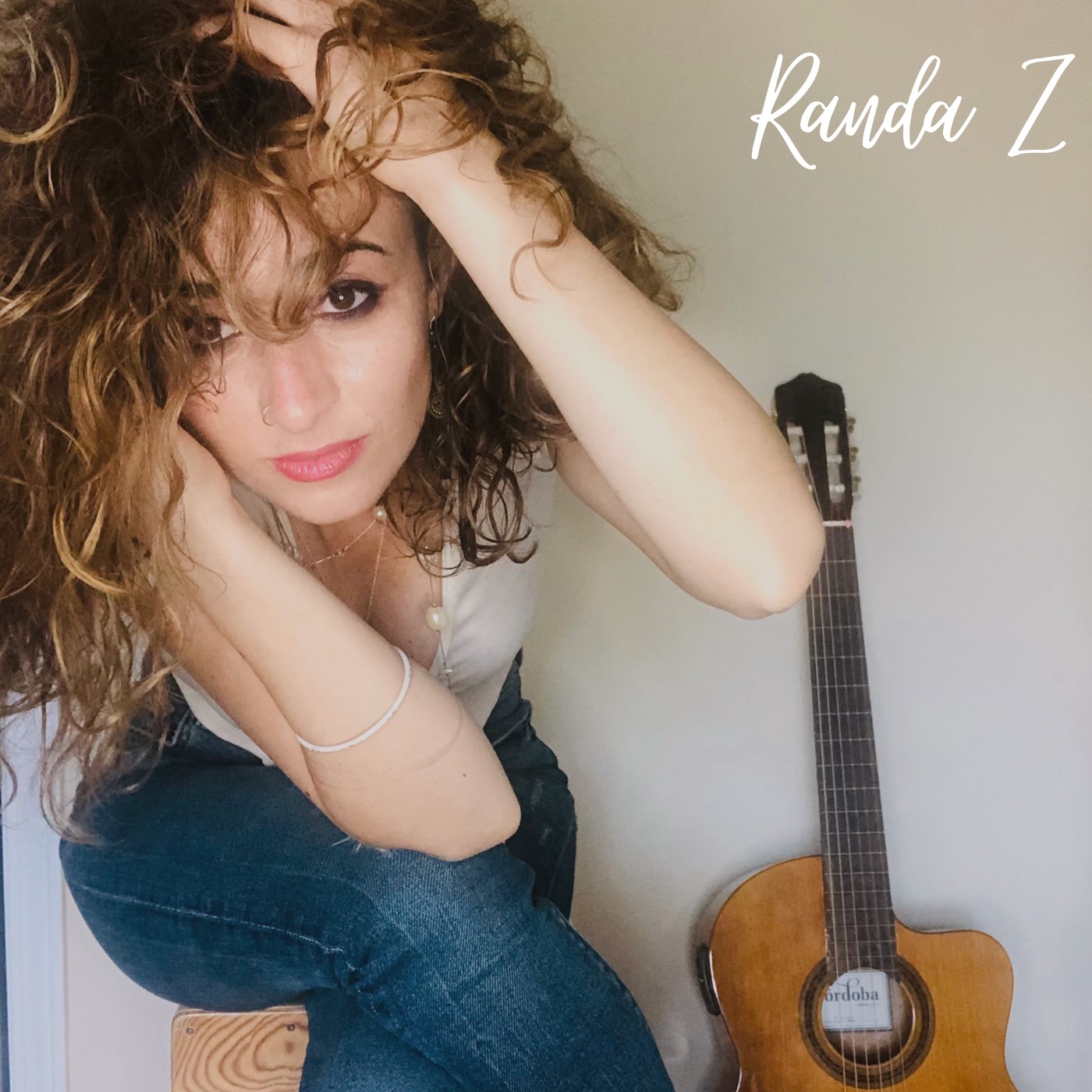 Randa Z has a new single and it crosses a wonderfully colorful acoustic indie pop sound with a little natural grit and edge  \that breeds something a bit different but still warming and familiar.

"What About Now" is a vivacious and youthful song that gives a gypsie-pop feel. Wait, is that not a thing yet? Well, it is now thanks to Randa.

Her outside the box, wide eyed and beautifully performed style sounds like a sunset on a beach somewhere.

It's got some great percussion and the changes are not what you'd expect from a song with this feel as it swings into different moods and feels emotionally driven.

This was a bountiful song that felt alive and breathing from start to finish and this is part of why it's so addictive.

There is a metric ton of heart that went into this and it's like listening to someone's nomadic soul sing themselves free.

The track has a jazzy undertone that peeks through and guitars go off in a feel good soiree of jamming as the song reaches its final chorus.

This had a little bit of a cinematic vibe to it as well.

It's always really nice to hear something that you can't quite pinpoint why it feels so comfortable but also so refreshing at the same time.

It all has a way of sort of wrapping itself around you as the lyrics are incredibly honest and straightforward. It all makes you think.

With such a great new song we wanted to have a talk with Randa Z to talk about how this song actually came to be and what's coming up for the artist.

TSWS: Okay so let's start with "What About Now". This song has a bright acoustic pop feel with some edge to it. Where did this song come from?

‘What about now ‘was a song I wrote about 10 years ago. During that time I was going to college and writing a lot about everything I was going through. I had just ended a relationship that was very unstable and made me insecure about myself. This song was only recorded in the last year and that was when the instrumentation came together. I had already written the melody and rhythm of the song, but then the additions of guitar solos in the song were done by my uncle who is a stellar musician and helped me in recording of this album. I could not have done it without him.

Amy Winehouse and Adele are my top two artists that I have loved for years. I have definitely been heavily influenced by both of them. I have also had a lot of Arabic and Spanish musical influences because of my Moroccan background. I was singing flamenco music for about 6 years and in that time that’s really all I did. Throughout my life I have listened to a lot of  R&B, Pop, and some Rock from the 90’s and Early 2000’s.

TSWS: Talk a bit about the process of writing and recording this album?

'Light In The Dark' is my first album that I am distributing. This album was recorded with all live instruments, we didn't use any electronic production, which I think gives it a little extra human touch and authenticity. I had the opportunity to record this album while I was working from home for a year during the pandemic. I worked with my uncle Tarik Banzi on recording all of the songs on this album. He recorded most of the instrumentation and mixed the tracks. When I first started recording, I didn't really have a plan of what songs I was going to include on the album, and some of them I hadn't written until this last year like ' Papa's Dead' and ' Let It All Fall'.  It ended up taking the entire year to record this album, mostly because I was also teaching online, and that kept me busy. I am so happy about how it turned out and can't wait for people to hear it!


TSWS: What's next for you as an artist? Anything new in the works even now?

Hmm good question! I think I'm going to focus on doing some live gigs in the coming months in hopes to get out there again. I am working on putting together a small group so we can perform at some local venues. I would also like to put out a couple more singles maybe of a couple of my originals remixed? I think that would be fun.

TSWS: What are you performing on this album aside from vocals?

Some of the guitar parts were done by me, but most of the instrumentation was performed by Tarik Banzi. Everything was recorded in my home studio.

My songwriting process most of the time comes from first having a progression of chords that flows well together.  The lyrics would usually come second to this and usually I just improv the lyrics a bit based on what I am feeling at that moment. I then go back and change some of the lyrics so that they make more sense, or if I need them to rhyme better, etc. Sometimes though when we get in the studio, the song transforms into something slightly different, but I think that is normal for most songwriters. I love that feeling when things start coming together in the studio, but my favorite part about writing songs is when I feel like I have something good, like I actually enjoy singing it and pouring myself into it. Its a beautiful feeling and really a natural high for me.

Well I teach High School and that keeps me busy most of the time. I really enjoy doing that too ( most of the time), but it has been quite the challenging year coming back from online learning. These days really all I have time for is cooking some dinner when I get home and hanging out with my pup.

I really hope that people like this album. It is a very vulnerable feeling to put out my music as it is something very true to myself and my experience in life.