RavenRain Talks About Her New Single "Get There" 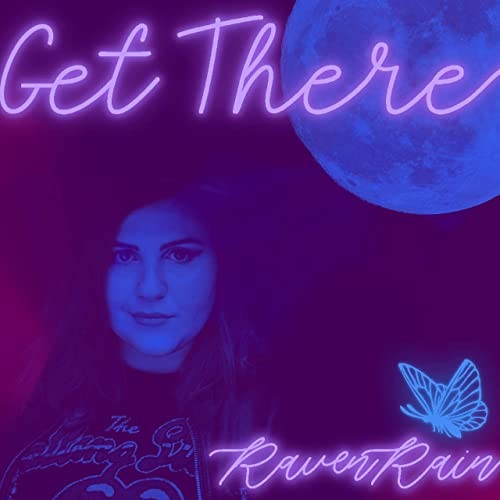 A fresh pop banger from RavenRain is a personal and bright pop song with layers to be peeled back through guitars, synth pads, and a massive chorus that takes after retro pop styles of decades passed.

"Get There" is a whirlwind of a track with a lush and colorful sound and a vocal swagger that really shines.

RavenRain's passion for what she does really bleeds through on pretty much every track she's released and "Get Back" is no exception whatsoever.

This track has a vibrant and alive feel to it ath quickly grows addicting and she still keeps her edge underneath the surface.

The song is inspiring to an extent and just feels great to listen to.

The single has that chorus that you sing out loud days later and that's something special but not new for the artist as she's boasted these aspects in her songwriting before.

For a relatively new artist, we've already been impressed with her music before so while we're not surprised to get something like this from her, we're always happy to talk to her about it.

TSWS: Let's talk about that. "Get There" is a super colorful and inspirational feeling track that is incredibly pop-oriented. What's this track about?

RavenRain: In this track, I wanted to address the theme of anxiety but in a colourful way, as you said. While writing the lyrics I asked myself ‘what kind of song does young Raven need to listen to while going through one of her anxiety episodes?’ and this is how the song came together. The idea that sooner or later you’ll reach your goal, whatever it is, just try to relax, chill, enjoy the journey and have fun. Which of course it’s easier said than done, I’m sure people suffering from anxiety will understand me, it’s like your mind and body are in a constant alert mood, so you struggle to breathe and feel overwhelmed most of the time even when you’re trying to relax. It’s also difficult to speak about it as there’s still a stigma around it, and most of the time anxiety get confused with laziness it’s easy to feel misunderstood and guilty about the fact that you can’t function sometimes. So, with this track I want people to feel like they have someone that understands them and the way they feel, and of course like for my previous tracks empowering them and feel more confident about the way they are. I believe people who have any sort of mental or physical illness and still manage to get through life and get shit done, despite dealing with something are fucking amazing and should be respected and empowered even more.

TSWS: The song has a bit of a retro touch to it. Were you influenced by old school pop songs for thai track?

RavenRain: I took inspiration from Moon by Jin (BTS), this song is highly underrated have a listen to it you can thank me later, anyway I love the guitar and the pop-rock vibes and I wanted to create something along those lines and add my own touch of course. I’m a huge pop listener so I wanted to bring the pop vibes out even more with this track.

TSWS: It seems like you use your music as an outlet. Is that ture?

RavenRain: Yes, absolutely. I’m one of those people that doesn’t make any sense most of the time while talking ahahah. So music is a way, an instrument, for me to express my feelings, myself and talks about topics that are important to me like mental health for example.

TSWS: Your songs have a major cinematic tone to them. Were you inspired by films growing up?

RavenRain: Not really, it just came out that way. Growing up I was all Disney Disney Disney ahahah, The circle of life and Under the sea were a must for me.

TSWS: When you write a song like "Get There", do you start off with lyrics or is it production work first?

RavenRain: I always start off with lyrics, I’m not a producer so production is the most difficult part for me.

TSWS: What do you use to record your stuff? Is it in the studio or is it a home studio?

RavenRain: It’s a kind of a home studio at my producer place. Basically, just a condenser microphone, some keyboards and guitars and good old LogicPro

TSWS: This is the 2nd single this year. Any more planned?

RavenRain: Yes, of course, next one is out on 14th and May, followed by two more in the summer and an EP in Autumn. So exciting

TSWS: Are you working on any music videos?

Not at the moment, with Covid-19 is still a bit tricky to be honest. I released lyrics music videos with my previous singles but an actual music video is something that I’m planning for the future, it’s important to me to find the right people to work with and also the budget is another important aspect to think about. We’ll see

TSWS: Now that things are getting back to normal in a sense, are you going to try and do a small tour of any kind?

RavenRain: I would love to, but I don’t think I’m at that stage yet. Honestly, I also have no idea how to start ahahah I guess the next step for me would be to find an agent or manager or someone that can help me organising a tour.

TSWS: We love your almost vaporwave aesthetic visually. Was that part of the plan?

RavenRain: Yes, I wanted something more colourful, as you mentioned, and youthful as well. I felt like my previous tracks had quite of a dark vibe, which people loved, but I wanted to try something different and I’m pleased with the final result. Think it came out pretty well, what do you think?

TSWS: Thanks again for chatting with us Raven! Anything you want to extend before we go?

RavenRain: I just want to thank all the people that have been supporting me in the last few years and all the new peeps that have joined the gang. I’m always overwhelmed with the amount of support I received for my music. Make sure to follow me on IG, Twitter and Spotify I also have a YouTube Channel, as I said I have more exciting stuff planned for the rest of 2021.