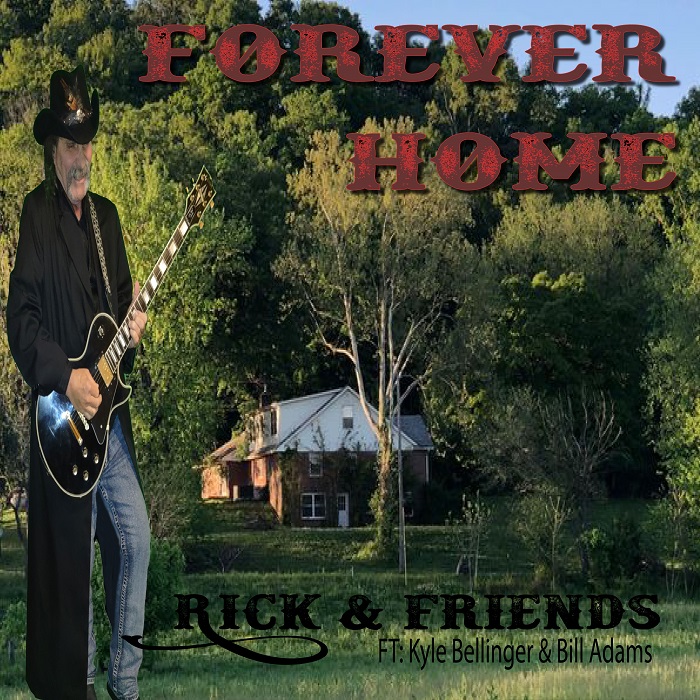 The latest from Rick Drevet brings a radio friendly classic rock style with a killer attitude and some outstanding guitar work all over it.

"Forever Home" is an honest rocker that features some riffs that really show some rock experience and grit but the song also really showcases the artist's ability to write genuine classic rock songs that feel genuine from start to finish.

This track has power, guts and glory to go along with tons of guitar harmonies and a fists in the air singalong vibe.

The song is about being away from home and it's incredibly relatable.

Vocally, RDrevet has massive pipes that belt out with everything he's got and that southern rock undertone comes through just enough to feel it in your bones.

This was a real deal rock banger and it's something you haven;t heard in quite some time.

There are plenty of great rock songs out there but this one has the aesthetic of something that was released in the late 70's or early 80's even.

That familiar and comfortable feeling makes the song itself feel like home in a way.

The track boasts so much talent and real deal character that its not easily forgotten.

Drevet is clearly in love with guitar and songwriting to say the least and that heart is all over this track.

It's the kind of heart you want from a rock song of this nature. You have to have a soul and Drevet has enough to go around.

So "Forever Home"' is an example of what's been missing in classic rock music for a long time.

We thank him for bringing it back with a great style and gusto like this.

All American Rock N'Roll has found its forever home with Rick Drevet.