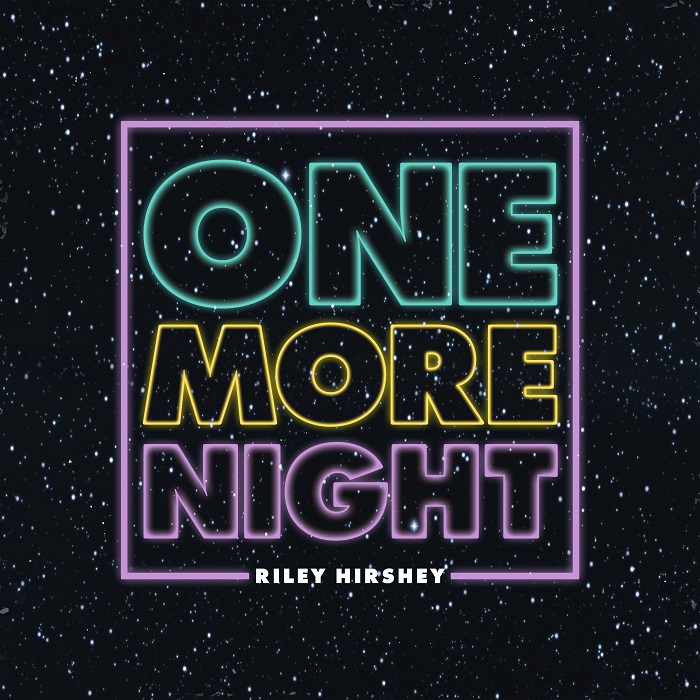 Riley Hirshey just dropped a pop banger that was born to send off a love letter to long nights of fun, letting loose, and having a damn good time.

"One More Night" is an absolute anthem that crawls under your skin in all the best ways.

Crew vocals that make you put your fists in the air and chant along with well, everything.

This single has all the elements of an ultra high energy super pop ode to your youth in the form of bright synths, up swing vocals, and the feel of a party. As a matter of fact, this would be more like party-pop. Is that a thing? It is now. We just made it a thing. Or actually Riley Hirshey just made it a thing.

The song is tasteful, it's got a massive gusto that's tough to beat, and is incredibly colorful and addictive to say the least.

A raise your glasses, take that shot, crank it up loud radio single that changes the atmosphere within seconds.

It just feels great to listen to.

This is a summer song for people to feel alive, grab that moment while you can, and get out there.

Hirshey knows how to write a hook and how to let loose while keeping the sounds polished and tight.

It's got guts and showcases a new pop movement in young songwriters that release their music without boundaries. They do it just to do it.

Any form of art that's done for the love of doing it is in it's best shape and Hirshey pinpoints all of this is one killer single.

So, if you want to get that party going, start with "One More Night" and watch the mood set in right.

While you're at it, take a gander at his previous releases as there is always something a little different to offer from these.

Please Riley, don't stop dropping songs like this one. We all need it, even if we don't know it.