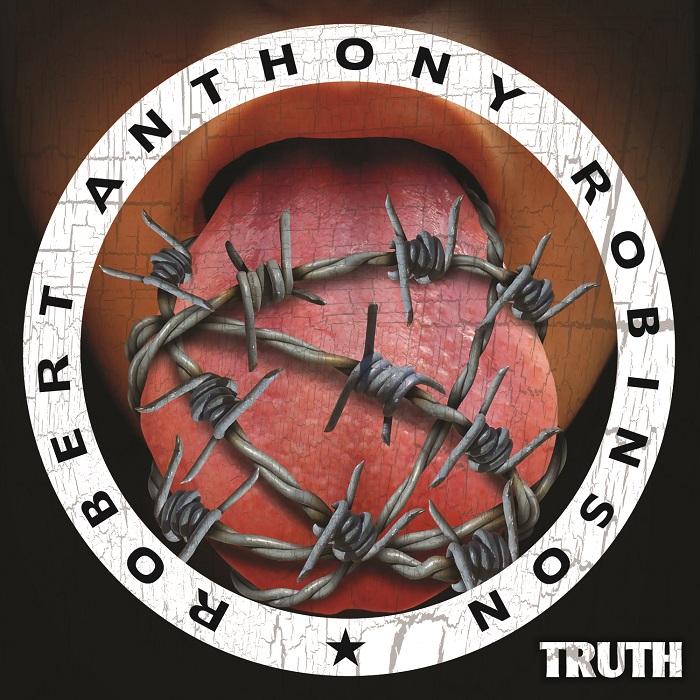 Robert Anthony Robinson has been releasing a plethora of hard hitting metal songs that boast killer riffs, a gritty attitude, and a ton of pulse pounding percussion blended into melodic choruses and some outstanding guitar work.

"Face" is a single that crushes from the get go with intricate sections, gorgeous tones and lead solos to go along with the trudging palm muted verses and wide open anthemic chorus.

This band has a major taste for crunchy guitars and pure metal swagger.

Songs like Dig" touch on bands like Alice In Chains as vocals come through soulfully and guitars have that wah effect coating them and that staple massive chorus takes you for a ride.

RAR has a unique energy and character that becomes quickly infectious.

Most tracks have something a bit different to offer as these guys are not really just one style of hard rock and metal. They encompass a wide range and goddamn do they play with heart.

You can hear the fun they had recording these songs and how much they feed off of each other in the performance.

The tracks from RAR really make you want to see them live and they do get that classic alt-rock feeling nailed.

These guys give me a warm and fuzzy feeling as the aesthetic of late 90's rock bands shine with a tone of the songs.

There are loads of soul and vocal harmonies combined with that raw and driving energy of the band that really works perfectly with each other.

Upon deeper listening you will hear multi genre bending songs that will surprise you as there is hip hop, techno, and so much more all blended into their rock signatures.

Dig into Robert Anthony Robinson. If you dig one song, you will dig them all.