An Interview With Ross K 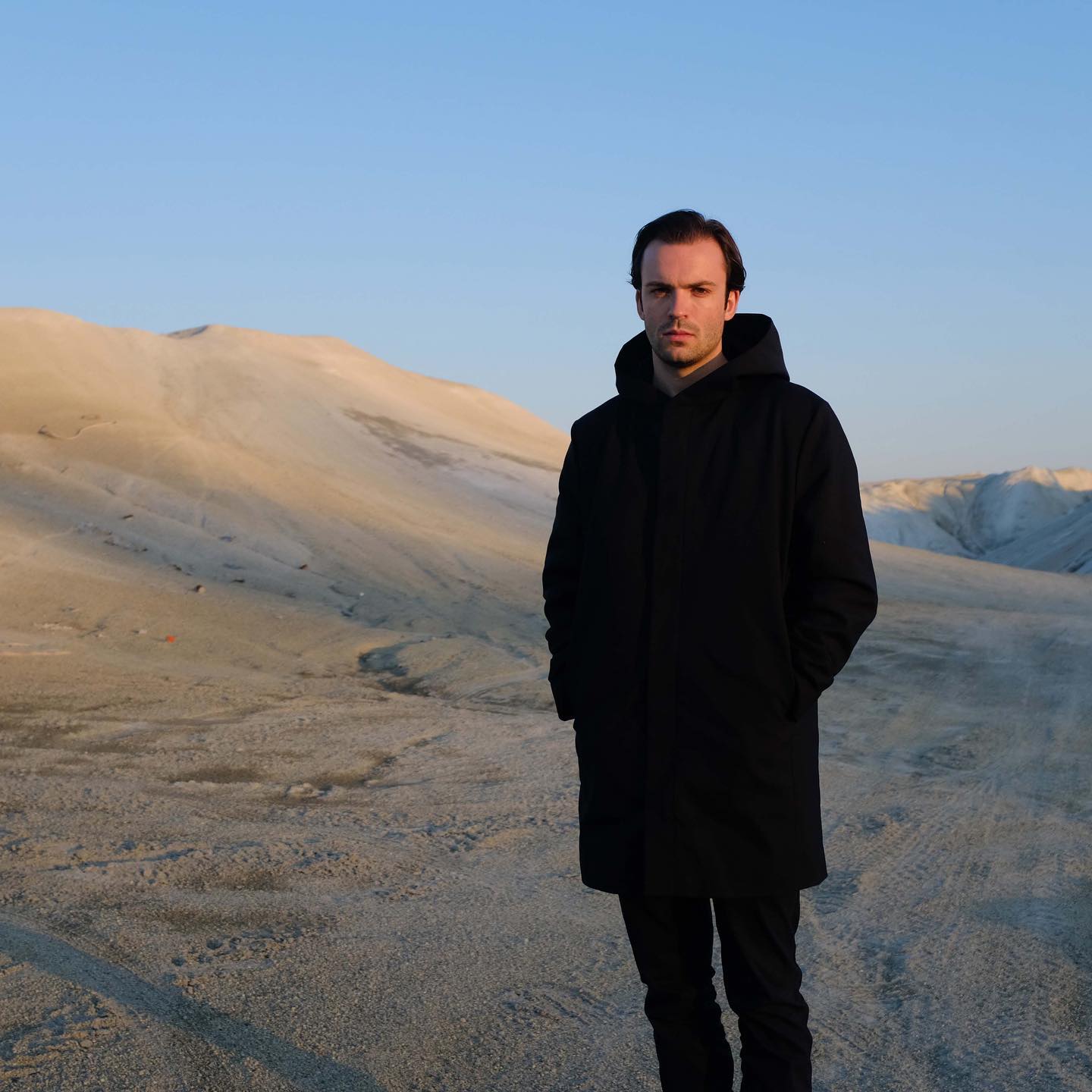 As Ross K ramped up to release his full length Braedalyn album, he dropped a series of singles and videos that would later appear on the record itself.

Songs like "Love Returns" displays a vast and ambient soundscape with reverbed vocals and a cinematic overtone that hovers around you like a surrounding wind.

Bringing to mind bands like Radiohead, there are songs on the record that literally breathe, and sway. But this is only one side of the songwriting on Braedalyn. The other side is a synth driven film soundtrack with guitars and neon lit melodies.

Ross K has brandished his own all encompassing feel and style of dream-pop that seems to bend slowly and steadily in a different direction with each song but somehow always holds true to the rest of the album's aesthetic.

Atmospheric synth pads meld with bowed strings and create a warmth that swells and thins as it fades through your brain.

The record does create this haunting manifestation of colors that you can almost touch.

With such a beautiful album, we wanted to have a chat with Ross K about the release and more.

TSWS: Okay so let's start with The Braedalyn album. This record is massive and has a very cinematic and powerful feel to it. A wide range of songwriting styles here. Where did this album come from?

Ross: The album’s history dates back to 2014, when I moved to Berlin. I had recently finished music studies in Montreal, Canada and was in a very free and inspired mental space. It began as an EP but over time evolved into an LP; I had a clear shape to it from the very beginning, a story I wanted to tell. Ultimately my goal was to make something ambitious, that fused my background in classical, indie and electronic music into a singular sound & cohesive listening experience.

TSWS: It sounds like this album took a while to make. Did it come out how you wanted?

Ross: Yes it did. 6 years to be exact. I worked on many things around it of course but it was always on my mind, which was quite a burden to carry for that long. However, I think it needed to take the time it did. I was in and out of school, discovering my voice as an artist, learning how to produce and mix which I felt I needed to do myself on this record. Being a perfectionist it's hard to ever be 100% happy with your work, especially when you are wearing all the hats (as composer, performer, engineer), it’s impossible to distance yourself from your work. But it's felt really great to put the album out and see its positive reception.

TSWS: What kind of artists influenced you as a songwriter? Who really changed you?

Ross: My influences are super diverse. There are a few artists who have had a major impact on me however. As a kid I was obsessed with Prince and Michael Jackson - I learned to dance like MJ and was so blown away by his live performances and cinematic approach to music videos. Prince’s incredible work ethic, showmanship and feeling for funk was intoxicating. I think I was massively influenced rhythmically by these artists. On a more spiritual level I would say Jeff Buckley and Kate Bush, but Buckley was a huge turning point - I hadn’t and still haven’t experienced anything as profound as him, as a songwriter.

TSWS: This album can really keep you afloat at times. Are you a piano player first? Or guitar?

Ross: Thanks! I am a guitar player first. But unless it's a song involving guitar, I write on the piano usually. My fascination for analog synths is growing so I find myself more and more at my Prophet 6 :)

Ross: My musical journey started at a very young age. Since I was 3 I was dancing along to my mom’s aerobics mix tapes. I started piano at 6 but soon switched to guitar, and immediately wrote songs using chords I knew from other songs. I always felt a need to write music and was fascinated with music theory; interesting chord progressions, musical form.

TSWS: What kind of non-musical things influence to write?

Ross: Film is my biggest influence. Certain films have really shaped my aesthetic and identity. In particular those that create a unique, unfamiliar world (and I don’t mean sci-fi per se) and have the score and visuals connect in an incredible way. As a kid Hook was the first that did this, I have a copy of the original score printed and bound (a gift from an ex). Melancholia, Ex Machina, Lost in Translation, Blade Runner, Call Me By Your Name are others that have been hugely influential in this regard.

Ross: I am working on my second LP, approaching it more through performance as opposed to production so it works really well live. I am also setting limitations on the instruments I am using, to get the most out of each and create a tighter sonic palette.

I am working a lot in film at the moment and am part of BAFTA Crew 2021. I’ve also been enjoying collabs with other artists and doing remixes, as a contrast to the solo work.

TSWS: Did you used to play live at all? Do you think you may focus on that when the time comes or are you really a recording artist?

Ross: I have mainly been a recording artist but absolutely love performing and have done a few gigs for Braedalyn back in London before the pandemic hit. As mentioned above, I’m approaching my music much more as a performer now than as a recording artist. I look forward to that in the coming year!

TSWS: Before we go, what would you like to say or express to fans of the music?

Ross: Just thank you for listening and I always love to hear from you so don’t hesitate to send a message on Instagram (@rosskmusic). It’s so amazing to connect with strangers around the globe who have resonated with my music, it makes all the long solitary hours worth it :)