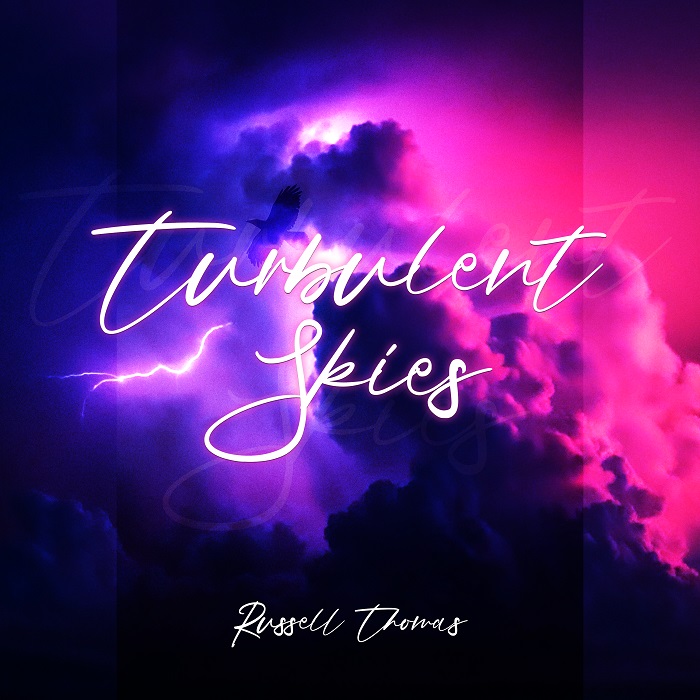 A new single release from Russell Thomas delivers a vast and textured soundscape in the form of a cinematic pop track that feels powerful and grows quickly addictive with thick but crisp melodies.

"Turbulent Skies" has a colorful set of layers that create an atmosphere all its own as synth pads swell, guitars twang like an old western, and vocals have a distant reverb to them that makes everything sound more epic.

The track is performed with passion on all parts and really pushes the envelope in terms of a sort of power ballad that plays out like a dream.

The song has the ability to make you think and even cause memories to pop up and it all creates an attachment that's tough to shake off.

It's incredibly easy to get washed away with the sound of it all as it paints its picture that has an edginess to it but also a warmth just underneath the surface.

"Turbulent Skies" gives off an alive and breathing feel that comes with a certain energy and it's all something that keeps you afloat as the song sways its intensity and gets you invested from the get go.

This is a shining example of a youth in songwriting that really puts so much of themselves into their music.

It's alway been there but there has been a period of such high volumes and influx of music from everyone that it died out.

Butnow, that passion and drive is back and Russell Thomas is exactly the kind of artist that creates music with a bigger purpose whether it's for himself or anyone else, it's there.

Music with heart and soul. Music that you can get engulfed in. This is what musicians like Russell Thomas are bringing back and we're damn happy about it.

Jump into this one when you can. You'll be glad you did.