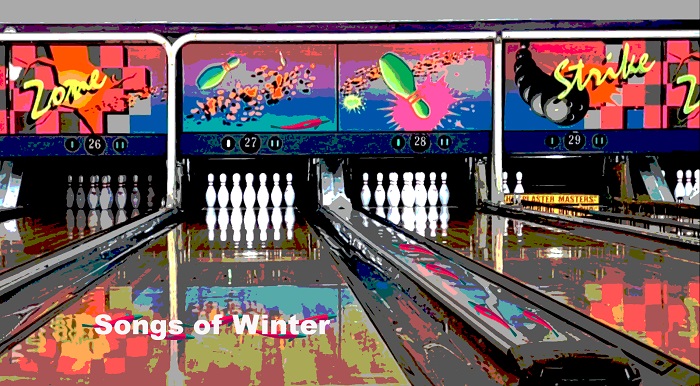 Salmon Run recently dropped a four track EP with accompanying videos that allow you to watch each song on it's own, or the entire EP in one shot and it's all a personal and heartfelt neo-folk opus that boasts a cinematic and powerful feel.

The Songs Of Winter EP is moving and breathes emotion and has the ability to bring up memories of your own as you listen to it through as the songs are completely relatable.

The tracks are a beautiful example of things we all think at times but don't really know how to say or express it.

Colorful tones and guitar work that  layer and surround the air around you as each song's atmosphere builds into the next one.

The record bleeds a certain raw energy and touches on classic rock at times while keeping it's staple sheen and sound.

Salmon Run has really put together something special with this record and it feels like listening to a diary built from life experiences and a massive swelling of emotion.

There is something vibrant about the combination of acoustic guitars, bass lines and pianos underneath a powerful and passionate vocal performance.

The EP reaches in and gets under your skin in all the best ways. You begin to feel an attachment to it and want to hold onto it like it's yours and only yours.

Even with it's flourishing soundscape as an EP, it's maybe even more impactful as a video EP.

Watching the EP gives you more of a feel for where Salmon Run is coming from with the songs and how the record is actually somewhat of a concept album.

It is a unique thing to release a record the way this one was released and done so well to boot.

Obviously we've got the full EP just below for you to watch and you should. It's about 20 minutes and is worth every second.

This is one of the best new folk EP's we've heard this year so far.