An Interview With Sean Grinsell 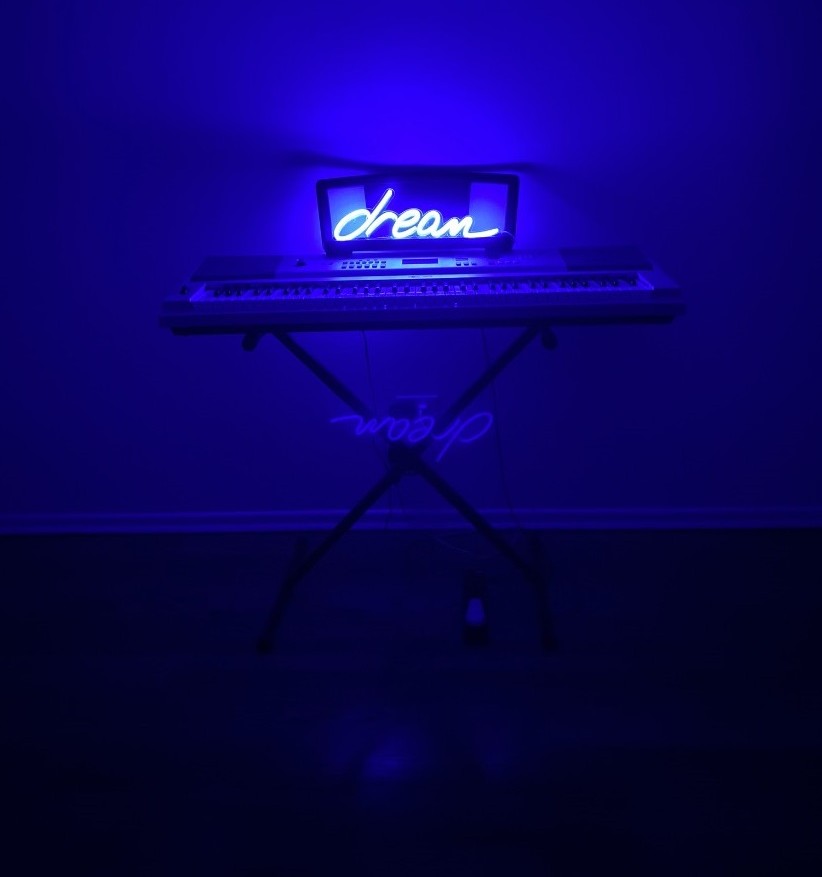 A new release from Sean Grinsell brings a new from of progressive and edgy alternative pop to the table with some heavy utilization of keys and synths along with killer effects and unforgettable melodies that all seem to melt together into a concept record of sorts.

The R is for Redemption EP is a massive piece of work that fill the reflective heavy pop instrumental gap in al of us.

The record is bursting with aggressive and calming hooks and rhythms and pianos and keys are effected with distortion and drums bring an undertone of rock and jazz throughout the EP's course.

There are really no two songs that are the same here although the record does connect in a way.

The tracks swim around you and each song has a different feel but there is always this almost alternative rock tonality and closed fisted punch that lives in the heart of the whole thing.

The songs are certainly coming from someplace real and the title "R is for Redemption" sends its own message and all the songs begin with R and go through a series of emotional states and really make sense to the music itself.

So you can see there is a connection between the songs and it feels like there was one big thing that may have happened that cause this record to come to fruition.

It does have that thing about it that says this is the way the artist knows how to let it all out.

The EP is mainly key based and they are both subtle and slammed with intensity.

Either way their is a lot of heart and passion in the performance of each song and you can clearly hear the love Grinsell has for his craft.

With such a great release, we wanted to have a chat with Sean to find out where this actually came from and what may be next for him as an artist.

TSWS: Okay so let's begin with the R is for Redemption EP. This record has a progressive feel and is heavily key based. Where did this EP come from?

This collection came from my desire to get more into songwriting. I spent the summer of 2020 trying to get better at the process of songwriting, and after I received great amounts of support with the songs that I posted on Soundcloud, I decided to combine all of my created music into a full length EP!

TSWS: The record almost sounds like a concept album. Is this true at all?

Absolutely! I wanted to create something that stood out to listeners, something they haven't seen as often in the musical world. I thought that beginning each song with the letter “R” would be an interesting concept to pursue, as well as creating a musical story without words, one that consists of different genres and tones!

I take a lot of musical influence from different time periods. For example, a major influence in my music is Led Zeppelin, particularly in the grooves that I use, as well as the emotions that I express in the music. Another dominant influence in the music is the band Deep Purple, mostly appearing in instrumentation. This instrumentation appears a lot in the organ solos and backgrounds in “Rogue” and “Refraction”.  I also use the influence of Stevie Ray Vaughan, especially in the guitar parts of compositions such as “Rift”. I really admire the blues vocabulary that Stevie Ray Vaughan uses in his compositions and I strive to implement those within my own work. A popular blues artist that I try to draw influence from is Christone “Kingfish” Ingram. I really like his phrasing and blues style!

My time in songwriting started after I faced a challenge to get myself into the music scene. It was difficult to break time away from school, while also not having a sustainable income, to pursue different music opportunities at that time. Plus, I had always wanted to become more familiar with the process of songwriting, since I love the creation and performance of music. So, I started to construct songs on Garageband iOS on my phone. This allowed me to have quick and easy access to tools that allowed me to experiment with new ideas that I had. I quickly became enthralled in writing music. I found great musical freedom in writing out these ideas and developing them to see where they would go. I took a lot of courses on Udemy pertaining to songwriting, which allowed me to gain familiarity with how songs are structured as well as the music theory behind them. Later, this knowledge allowed me to break those rules to create my own musical voice.  I've been in the process of songwriting for the past year and-a-half. But, I've been involved with music since 3rd grade of elementary school, where I learned the trumpet in concert and marching band, drums in 10th Grade of high school, and other auxiliary percussion and piano in my collegiate studies! Even before this introduction to trumpet, I used to use wooden toy mallets to play drums on the wooden containers and plastic xylophones that we kept in my room. Music has been around my whole life! To this day, I’m still finding new instruments to try and expand my musical vocabulary.

Currently, I am working on a 10 song album, which also follows a designated concept that I am very excited about. This new album will feature genres such as rock, blues, funk, and acoustic music. Now that I know my own songwriting process, I’m excited to see the music that can come from this particular concept, and I cannot wait to share it with other people!

TSWS: Are you performing everything on this release?

In recording this EP, I have written the parts and placed them onto the tracks. With parts that were out of my technical ability, or if I wanted to achieve a new sound, I would spend great amounts of time in GarageBand editing the tracks, quantizing them and adjusting the volume of each note so that they sound exactly as I heard in my head. This especially came in handy with the organ parts!

TSWS: How do you write your songs? Do you have a home studio?

Much of my creative process occurs during the early mornings or the late nights. I often start with an idea as something that I want to include in a song, whether that be melodic, harmonic, or structural. I always try to include a surprise in each song that I write, so that it is interesting to the listener! From this idea, I expand into thinking about what grooves and moods fit in with that idea. From there, I generally write starting with the drums, then bass, keys, guitar, and ending with the melodic voice and other miscellaneous effects or voices that I want to include in the music. I write all of my songs on GarageBand iOS, with other instruments taken from programs such as Soundtrap, for example the guitar in “Rift”. As of right now, my home studio is my phone and computer!

Yes, all of the music that I place under my name has been produced by me! A major part of constructing the professional release was mastering the music. For this, I reached out to audio engineer Anthony Gravino, who did an outstanding job mastering the tracks and making them sound as good as possible!

When I am not working on music, I am most often doing homework, or listening to music, trying to find new influences that I want to emulate in my own work. I also love to read, cook, and spend time outside!

I would love to perform live if the opportunity arises! I think that live performance is always a sign that I’m doing what I love. The energy I get from performing with other people cannot be described in words! I have performed in public venues in the past and they have all been outstanding experiences that I will remember for the rest of my life! There is nothing currently planned yet, but I hope to get back to live performances very soon!

I just want to say thank you to everyone that has listened to my music. Every day, I am indescribably grateful for this opportunity to share my music, and myself as a result, to people around the world! I am so deeply excited to share more of my music with the world and I hope that you consider joining me on this musical journey. Thank you from the bottom of my heart again! The support and love that I have received means everything to me! There’s no way I could have done anything like this without all of their continued support!