An Interview With Sigma Ori 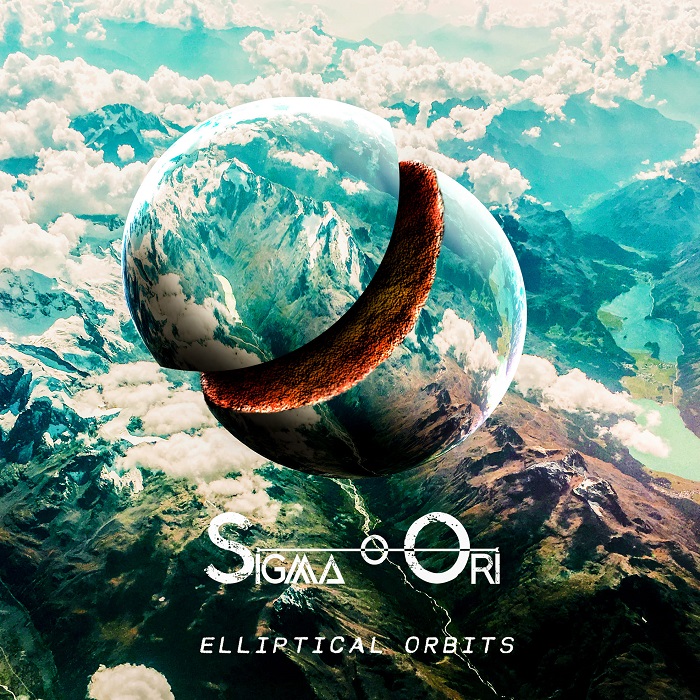 A new single from Sigma Ori brings on a gorgeous array of alternative progressive rock that takes textures and layers of guitars and lets them swim around you into a wall of sonic sound until they finally explode into a rock pous.

"Elliptical Orbits" is a massive soundscape and incorporates a metric ton of rock styles that meld into each other to create a vast atmosphere and a driving anthemic rock sound.

The track delivers a musical journey that flows and floats until it bursts out in what feels like emotional tension and you become engulfed in the sounds and feelings the song packs.

The melodies are colorful and the edge grows and grows as the track becomes more and more aggressive but still incredibly melodic.

Drums begin to pound and the music gets amplified, you can feel a tension build and climax into a tight fisted heaviness of passionate expression.

The song sways, breathes, and engages you from the get go and before you know it you're completely hooked.

It's like watching a film where you have to stick around until the end to find out what happens. Thats the feeling it gives you.

You get sucked in and washed away with everything going on.

It's outlandishly cinematic and awe inspiring as the songs impactul tonality and arrangement scoops you up into another world.

This is the type of song you have to shake off when it's over. Just to snap back into reality again.

Sigma Ori did an amazing job of expressing emotion through instrumental form like a classical piece.

I listened to this an hour ago and it's still with me just lurking under my skin.

What a killer piece of work this was indeed and any fan of progressive rock, alt-rock, metal, fans of Tool for example will love this.

Set some time aside, grab some headphones, and dive in.

With such a powerful release, we wanted to have a talk with the band to find out more. Here's what went down.

TSWS: Okay so let's begin with "Elliptical Orbits". This track has such a vast soundscape and a
great progressive post-rock feel to it. Where did this song come from?

Many thanks! This song, as most of our songs, came from an idea from one of us (in this case, Jose
[drums]). We are very strict with the composition, and each song is treated very carefully, as our
main goal is to create soundscapes and some sort of &quot;mini-songs&quot; in every track.

TSWS: For sure some great rock styles and influences on this track! Who are your actual biggest
musical influences?

Actually every one of us has their own influences. We guess this is the point that allow us to merge
different styles in our songs. Our direct influences at the moment may be Toundra, Mono, Jardín de
la Croix, Tool, Maybeshewill, This Will Destroy You or Long Distance Calling.

We are all playing music since the 00's, but with different bands. Joan [guitar] and Jose, who
already knew each other, met last 2017 and took a rehearsal together.
Our first intention was to be a “space-art” band, but after Noel [bass] joined, Iban (our former
singer) left the project, so we decided to try and make just instrumental music. Andrés [guitar]
joined the band later and final line-up was closed then.

Since the beginning we all have the same idea in mind: make music that lets you explore deep
inside and transmit all kind of emotional stuff without a voice that controls everything. This is a
tough challenge, but we are really excited with our last release.

Our new album, "Beyond the Dome" [release date: September 14th], sums up our experience of
these last months, when everything seemed to fall apart.

So we'l try to play some shows here in Spain, and we’ll keep composing songs for the new album
for sure. We feel we have a lot to show to the world with our music.

Unfortunately, music is not our main source of income, so all of us have ordinary jobs, mostly
linked to manufacturing, industrial maintenance and logistics.
We also like to spend some time with our families, pets and friends, and doing common activities
such as traveling, hiking, sports, etc.

TSWS: This single feels massive, like there was certainly a lot put into it. What kind of advice would
you have for other up and coming artists out there?

Our main motivation is not to get linked to a specific genre. Nowadays it seems that you need to
play a particular genre, and new genres and subgenres are being created and are increasing day by
day.

Our advice would be that you have to play and compose just what makes you complete as a human
being, no matter which genre or subgenre it is. Simply do not think about it, and compose whatever
your heart and your mind tells you. And the most important: you should love what you do.

TSWS: Do you record live together or is it tracked?

We recorded the entire album tracked in "Go&Jo" studio in BCN, with the incredibly talented sound
tech Gorka Dresbaj. We wanted to have this clear sound, deep and floating soundscapes, and Gorka
portrayed perfectly what we had on mind.

TSWS: What influences do you all have aside from music? Films, games, etc?

Joan is obsessed with all things involved with cyberpunk and futurism (“Akira”, “Ghost in the
Shell”, “Blade Runner”, “Evangelion”... all this stuff).

Noel likes to read fantasy and sci-fi and now is getting into guitar building too.
Jose is very into graphic design nowadays; his project Corium Leg Design is the responsible for all
the band's designs (such as covers, T-shirt designs, posters for the shows, etc).
Andres loves hiking and spending time with his family (mostly lost in the mountain); he also loves
sci-fi in all the possible ways.

Well, as we already said, our influences are very different. Actually they&#39;re different even depending
on the season...

At the moment Joan is enjoying a lot bands such as Between the Buried and Me (“Colors II” is a
masterpiece), Svalbard or Rolo Tomassi.

Andrés is listening to different types of rock bands like Viva Suecia or Héroes del Silencio and
Spanish bands like Sekba or Nomera, who are friends of us.

Jose is very into modern prog and djent; he's listening to bands such as TesseracT, Ihlo, David
Maxim Micic, The Ocean, etc.

We hope so! Covid-19 restrictions are very crazy here in Spain, so we can't be sure that we’ll be
able to play normal shows for the moment. We'll keep in touch with some local bands and see if we
can do some touring in Spain this autumn.

We want to thank people for all the support we've got from the single &quot;Elliptical Orbits&quot;, as well as
the album "Beyond the Dome". Fans' support is very important for bands. We are thankful for living
in this cybernetic era, where you can buy music from a band on the other side of the world using
your smartphone or sitting behind a desk at home. This kind of support is the fuel all the bands need
to keep it moving.

Every day there are more and more people very open-minded in musical terms, and this is great! We
want to encourage people to discover all the bands and styles possible; there are a lot of bands out
of the radar who have a lot to show. Without music, life would be a mistake.