The Anthemic Indie Rock Of So So 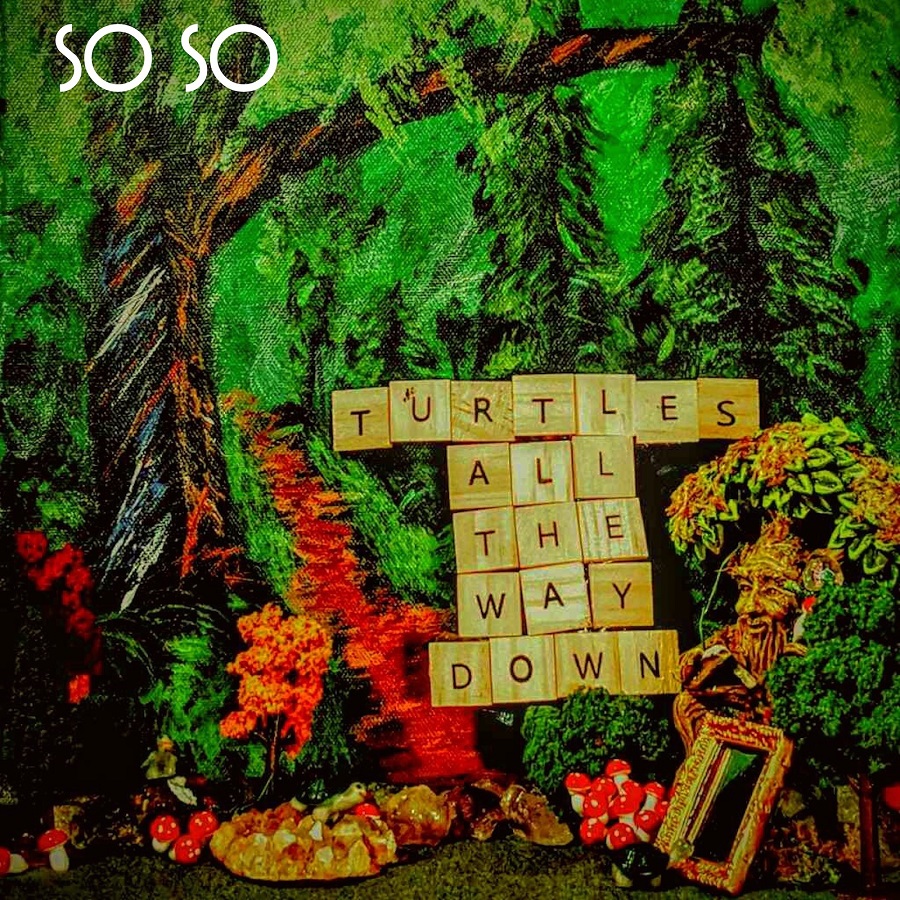 So So brandishes their own style of anthemic indie rock with their new album release.

Turtles All The Way Down is a huge record that has a raw energy to it that becomes more and more addicting as the album plays through.

Creating deepening atmospheres and massive vocal sections along with their edgy guitars and cross between 90's pop rock and a new school indie tone makes this record unique and powerful in its own right.

You can feel the youthful indie pop gleaming through as guitars bend and a folk undertone begins to peak its head.

So So brings bands like Modest Mouse, Tilly And The Wall, Arcade Fire, and plenty more and all tastefully so.

Most songs have super catchy crew vocals in the choruses and with just the right reverb and attitude to create another world. And that's what happens. A few songs in and you're someplace else all together.

Songs are poppy but you also have to pick your head up and look around between each one to make sure you're still where you were when you started listening.

These guys have a very cool tonality to not only the guitars but the drums and bass as well that make everything so sneakily engulfing.

A cinematic and ambient album, Turtles All The Way Down is it's own thing with its own life force.

THis is a damn cool deeper indie rock sound to swim through and we suggest you get going on this cause it's worth not waiting.