THE LUSH SOUNDS OF SOMEFINN 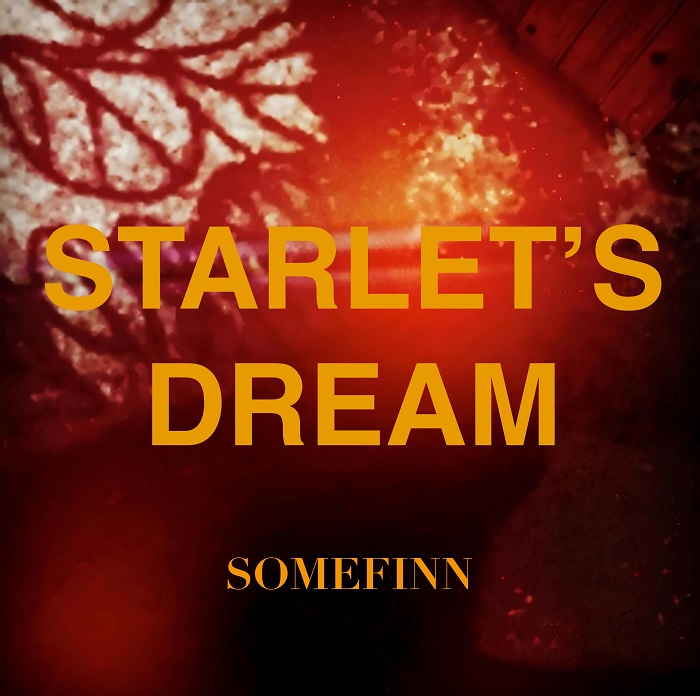 A fresh release from SOMEFINN is a spacey and vibrant acoustic pop song with guts and edge with powerful anthemic vocals and a Bowie undertone that peeks through cinematic overtones and an intense feeling.

"Starlet's Dream" is displayed with power and packs a punch that sticks with you throughout its course.

The song is alive with passion and love that clearly comes from the artists soul while the chorus belts on and hooks you in.

This single has an ambient sound and seems to grow more and more while that pop sensibility stays strong and rocks on with magic.

One of the coolest things about this release is that it comes with two versions of the track. The original version is massive and moving while the second version dubbed "Scarlet's Dream: Lofi & Nico Version" is stripped down to acoustic, vocals and swelling synths that create a different atmosphere all together.

Both versions are outstanding and the stripped down take gets you paying a tad more attention to lyrics.

Either way, that hook is nearly perfect and has a warming and familiar feeling behind it and makes it super hard not to fall in love with this song all together.

This song is part of the artists release called ...Tsk, Tsk..., which is a full length album that takes you on quite a journey both musically and lyrically in terms of storytelling with detail.

SOMEFINN has a specialness to the songwriting that shines in a very particular way that strangely appeals to the masses.

It's almost a classic underground sound but with so much lushness going on that it feels bigger.

So we'd say just jump right into the album. You'll have a great time swimming through the sounds.