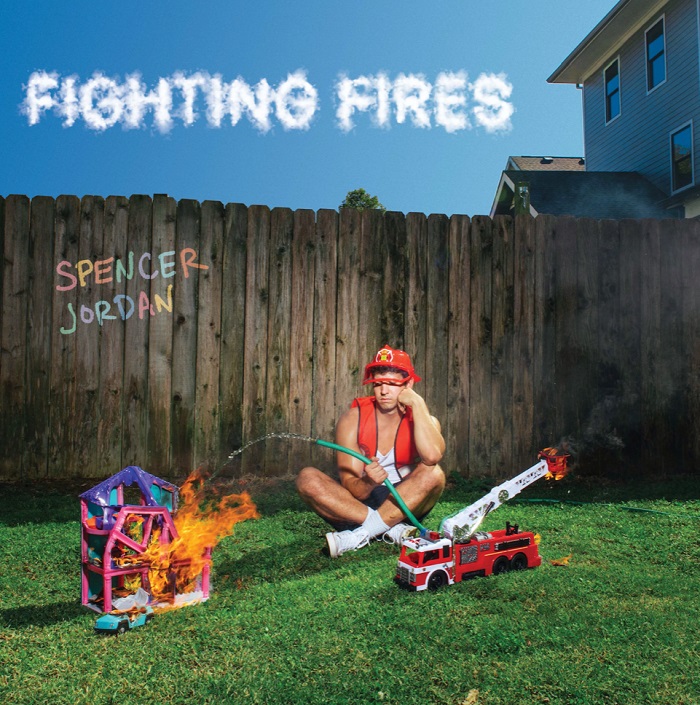 Spencer Jordan returns with a new single that feels like an open breeze hitting you just right as guitars pluck and vocals are lush and full throughout the song's many hooks.

"Fighting Fires" is an honest and upfront track that seems to come from a real place and Jordan's want to step up and help others fight their fires and how that may have become a fire of his own to deal with by himself.

Though the song has a serious undertone it's musical sense is light and open with bending, swaying singing that swims around you and drives straight into a hovering pop wonder.

Jordan has this natural talent that allows him to perform every song like he's done it a million times and that is part of why his music shines so brightly.

We did a review of a previous single called "Danny Phantom" which you can dip into here, and mentioned his library of music. The artist churns out blissful pop singles so often it's a wonder he has time to do anything else. Maybe that's all he does.

From the lyrics in "Fighting Fires" it sounds like there's plenty more he does with his time but his music is how he lets it all out so he can move on.

Recording and writing songs is Jordan's therapy and we hope it's working well for him cause it's given us some outstanding songs to listen to and help really make our days more colorful.

Spencer Jordan has a touch of playfulness and a light heartedness that comes through in his music that gives it the ability to change a mood pretty fast and that's something you can;t say too often.

Part of that is his being in love with what he does. That aspect is the spark in the songs that gets you caught up in his songs.

These are songs that you can hear in the background during a conversation and have to stop talking to listen to the song more closely.

They are songs of quality and passion that show his character as a person more and more each time.

"Fighting Fires" is simply the latest in the ever growing catalog that is becoming his legacy.

Check out "Fighting Fires" and you're guaranteed to be adding it to a few playlists.