The Bright Retro-Pop Of Stephen Chopek 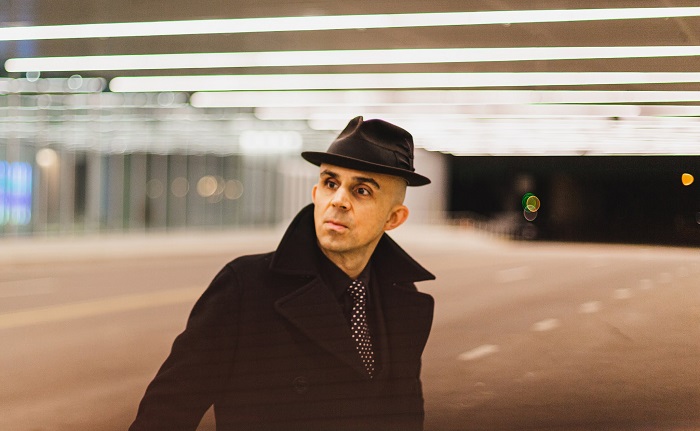 The new single and video release from Stephen Chopek is endless indie-pop fun flowing with retro-synths, and classic vocals that all feel like something you've heard on the radio in the mid 80's.

The aesthetic for "Empty Hands" is nailed as the bopping rhythm of the plucking guitars, percussion, and melodic vocal hooks is perfectly done.

This is a danceable and vibrant summer track that really does feel nostalgic most of the time but also blends in some more current pop vibes as well.

The track boasts a bright sound and the layers of synths and guitars all come together without a hitch to go along with that smooth pop singing and gives you a classic sound.

The song is reminiscent of bands like The Cars or The Buggles at times and it's not to get up and start shaking your butt to this one.

This was a completely refreshing pop song and felt innocent and light hearted from start to finish.

The accompanying video for the single is also quite fun and also keeps to that touch of 80's style and feel and it all just feels right.

Chopek has been releasing music on Spotify since 2015 and there is always something pretty new with each release that changes things up a bit but never loses track of the shining pop sound.

"Empty Hands" is part of an upcoming full length release  called Dweller set to be released August 6th and there are bound to be several fun bangers on this one.

With plenty to dig into until that release happens, we'd say start with "Empty Hands" and go back from there.

We've taken the liberty of including that video for your viewing pleasure.