An Interview With Steve Beitscher 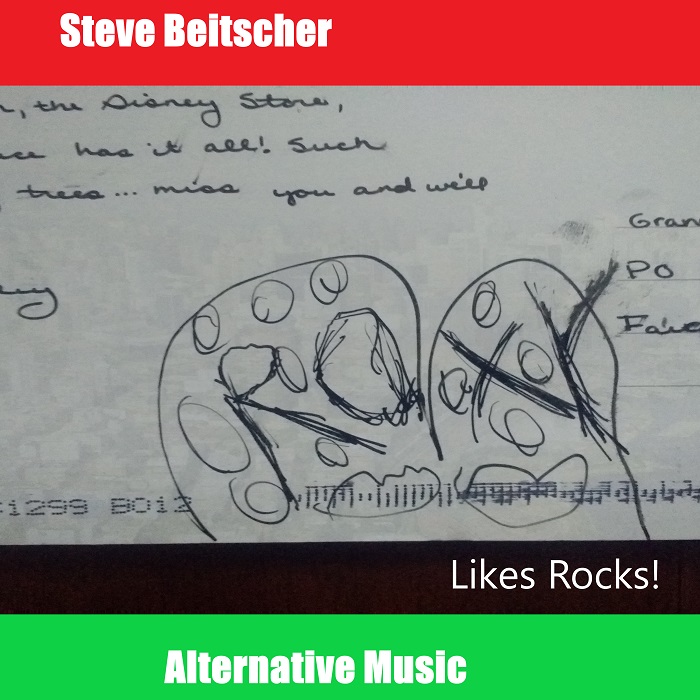 A fresh release from Steve Beitscher gives a classic rock undertone crossed with acoustic alternative tones to create something that stands outside the box and puts off a cinematic vibe.

"Roxy Likes Rocks" has a tasteful 90's indie rock feel to it with acoustic guitars and electric guitar hooks that lay atop the textured soundscape of the track.

Vocals have a great indie approach and it all feels like something you may have heard somewhere before as it has a slightly familiar and comfortable soundscape.

This single has an incredibly colorful and deepening style that crawls under your skin in all the best ways and before you know it, you're engulfed in the song's atmosphere.

The layered notes and sounds flow seamlessly over each other and the track takes on it's own life.

There is a wonderful and personal feeling behind this song and it comes through lyrically and performance wise.

"Roxy Likes Rocks" comes with an outstanding music video that works well with the song as you watch choreographed dancers in blcak and white and intensity runs up and down throughout its course.

Everything about this work seems like art-rock and with such an in depth singe, we wanted to sit down with Beitscher and talk about where it all came from.

TSWS: Okay so let's start with "Roxy Likes Rocks". This track has a very cool genre blending sound but with a great alternative acoustic overtone. Where did this track come from?

I'm really glad you liked it. This song was a gift to my daughter and son-in-law for their wedding. I had been working on the melody for at least a year and when I learned they planned to marry. I wrote the lyrics in about 10 minutes with one verse devoted to each of them. Roxy was 3 months old and I thought I'd use the 3rd verse to connect them all together in the song through their love and create a beautiful foundation for them to build the rest of their lives together.

I'm glad you like the acoustic nature of the song. I think alternative music is at a pivot point and is firmly re-engaging with the acoustic guitar because it was the genesis instrument that brought us from the British Invasion of the 60's to the laptop/bedroom recording studio of 2021.

I want my music to be thought-provoking, challenging, and rewarding to listeners. I want to make them think. I want the songs to stand out in both sound and style. I believe once the listeners hit that hair-tingling, serendipitous, spiritual epiphany point where the song moves them, we'll become connected.

TSWS: I'm surely hearing some alt-rock influences in here but who are your biggest actual musical influences?

Each day is different for me. For this recording, I had been listening to a lot of Alt-J, Glass Animals, and Kurt Vile. I put them all in a blender with an acoustic guitar and this is what came out.

As with most musicians from my era it started with the Beatles, then the British Invasion, then grunge rock/alternative from the '90s, and now what modern alternative music has grown from since.

If there was a song I wish I had written it would be “Take a Picture” by Richard Patrick/Filter.

TSWS: The video for the song is super well shot and thought out. Did this take you a long time to configure? Did it come out how you wanted?

Thank you. I created this video on Rotor (https://rotorvideos.com/). It was super easy to use and very fast. I picked dancing as the theme and then used the online interface to choose scenes, pick video modes, and make the edits. I wanted the dancers and the clips to tell the story with the passion and depth that this song is based on. I thought going with black and white instead of color would add a new dimension visually rather than remove one. After four different versions, 4 weeks, and some deep self-reflection I chose the one that felt the best and passed the focus group. I am definitely going to use Rotor more on future videos. I also create videos using Avid Media Composer and that process takes longer because you have to shoot and manipulate video as well as cutting and pasting it together in sync with the music.

I am very happy with the video, and really wasn't sure where this method would take me. I like to take journeys to unknown destinations by taking the road less traveled. I think there is a point in every artist's journey where you accept your work as it comes and we let it lead us. Not the other way around, which is where I was when I first started. I wish I could rock and sing like Richard Patrick, but I recognize I have a unique sound and vision. I respect any artist who puts their work in the public eye and is willing to invite criticism when ultimately what they are looking for is an appreciation for their art and a personal connection with their audience.

For Roxy Like Rocks I originally planned to create all my own video content and have animated singing Guinea Pigs with a lot of stop motion animation, but I stumbled onto Rotor first. I got distracted and found a new way to tell the story and improved my skillset at the same time. I embrace the unknown, sometimes at my peril, and this risk was well rewarded. I'm saving the singing animals and stop motion method for one of the next few opportunities.

These were all the major milestones in my journey:

It was a very slow Darwinian evolutionary path that began when I was very young and is still evolving every day.

TSWS: What's next for you as an artist? Anything new in the world even now?

I'm working on my sophomore album, “The Singularity is Here” (SIH). I am writing it because I think we all need a way to connect, understand and change with the significant social, intellectual, environmental, and spiritual forces we are now facing as Robotics, Nanotechnology and Artificial Intelligence rapidly bring us to a huge pivot point in our existence as human beings. I am a firm believer in social change through music and I would like to be the 2020's version of the 1960's protest song positively confronting hate, fear, greed with a sense of humor and hope. This time can be the pivot to a beautiful utopia for mankind. We are at a profound point in human evolution and I want to be a voice of encouragement and understanding as we all experience this together.

The album is a concept album that begins with the Kent State massacre and ends with the hero leading us all to the point where the universe becomes self-aware and we mutually experience the Next Bang. I hope mankind can recognize the possibilities of the infinite multiverse and how that impacts the quantum field entanglement each of us observes and chooses to participate in. We can make this a positive time for ourselves as a species and I think this album will help those who like my music prepare and stay positive during this profound change.

The first EP is almost done. Each song is going to be a radically different sonic soundscape compared to its siblings. All were recorded in my home studio and produced by me driving myself crazy while mixing and mastering. I consider this work to be a natural progression from my first album, erapwmdxfathermothersondaugher but less experimental and a tad bit more continuous.

I've started planning the next EP and plan on a total of 4 EP releases to complete the entire SIH album. I will work with recording studios and producers moving forward so I can focus on writing and performing as the priority and get that additional vision and art from talented engineers and producers.

I will continue to engage with fans using Social Media while “stroking the star-maker machinery behind the popular song”, In other words, I am engaging with the business side of what has become of the music industry. I want to reach the highest level of storytelling, recording, performing, video creation that I am capable of. I want to explore my limits every time I strap on a guitar and sing. I want to have a positive impact on society as we all push through the human condition together instead of at each other's throats.

I live in South Park, Colorado. So when I'm not searching for Bigfoot or hanging out with Kyle, Cartman, Stan, Kenny, or Chef, I play guitar, ski, hike, camp, travel, hang with my family, and fix/build things.

I just listened to a track from Yungblud and now grandson is playing. Next up, the Foo Fighter's and 'Waiting on a War'. I love the diversity of modern alternative rock and want to be on the front side of its evolutionary path. I am always looking for new artists and music.

TSWS: You've accomplished quite a bit with your releases so far. Any advice you would have for other up-and-coming artists out there?

Never give in, never surrender. Power through any self-doubt, and use your art to resolve the uncertainty this universe bombards you with. You get to choose your life path and with the gift of music, you can create your own reality. If you get sad, play the blues. If you want to change the world, use your music to confront the hate and destruction you see. Choosing to make music is a life choice and it will take a full lifetime so be prepared to pay your dues forever.

TSWS: Now that things are slowly but surely getting a bit better, will you be focusing on any live performances?

Absolutely! I just got my second vaccine shot so now it's time to start paying my dues again in person. I live near Breckenridge in Summit County Colorado. Denver is also a short drive so over the next year or so as the album nears completion I'll be out there testing and crafting the tunes to make sure it fits the optimism of our return to normalcy. Once the album is complete I hope to be moving on to broader venues and festivals.

Love, the blues, confronting hate and destruction, positive social change, Art, Beauty, and Quantum Physics. I take two distinct and initially disconnected paths when I write. I'm my own Elton John and Bernie Taupin concurrently. Sometimes one of those guys is slightly ahead of the other. My song structure and design require finding the melody that ties it to the story. Typically the melody's simmer in my guitar stream for up to a couple of years. The stories come from some crystal of inspiration or an event. After those two are merged I focus on the production process which I consider a huge part of the writing process. This model inspires me to write and grow further with each song I write. It is an infinite circle.

I can't express how thankful I am that you enjoy my music. I want to become your musical friend, in the same way, I have found my own (Richard Patrick, Dave Grohl, Peter Townsend, John Lennon, Elton John). Every artist wants their work to be appreciated by others and that difficult step we have taken as performers, overcoming that profound feeling of vulnerability and self-doubt is richly rewarded by your enjoyment and encourages us to do better with each new performance and project.

I wish you all peace, love, and happiness. 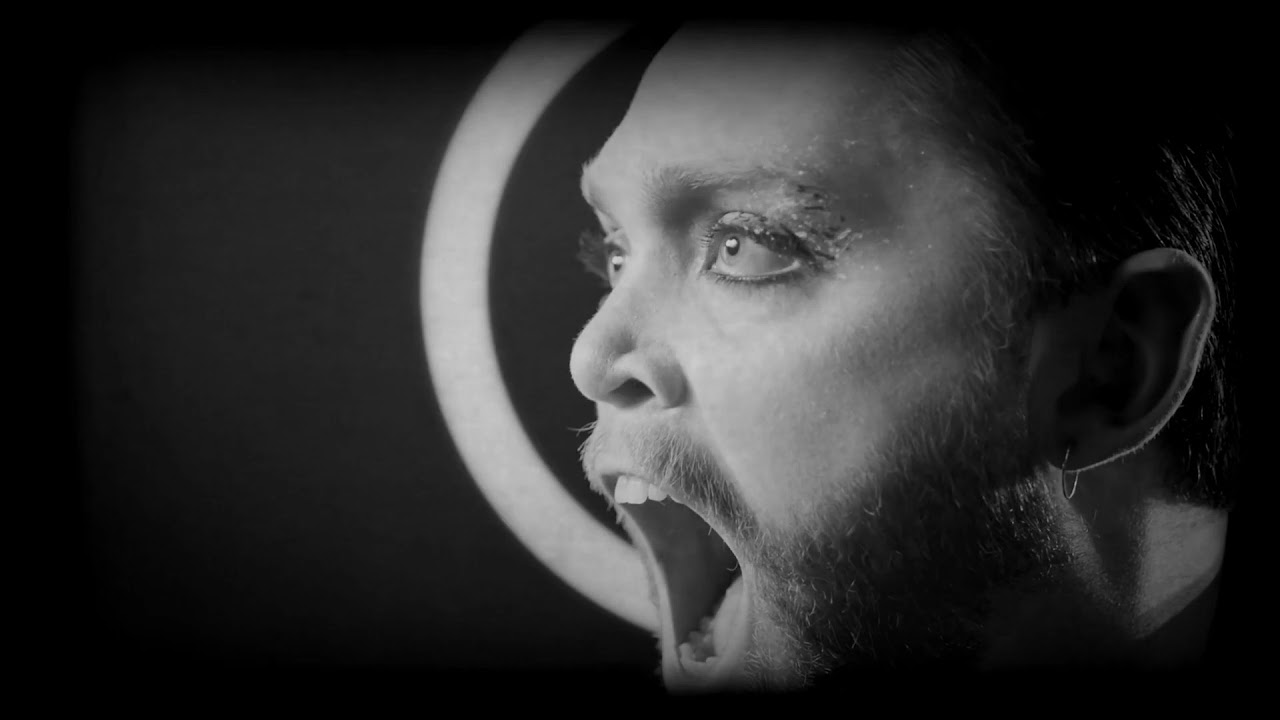