The Smart And Catchy Art Rock Of Stingray Central 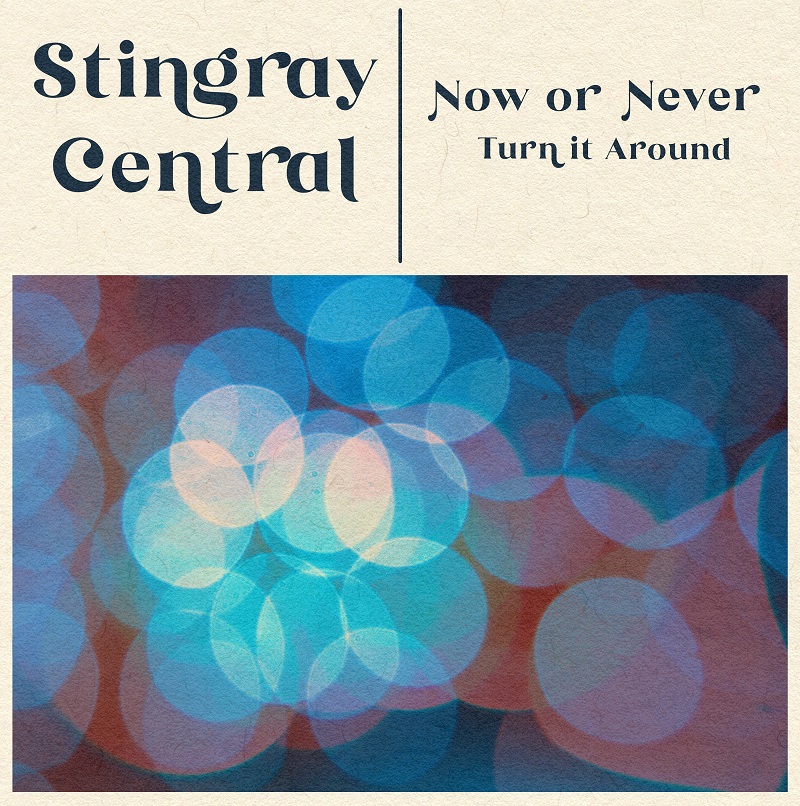 A brand new double sided single just released from Stingray Central is a vast and colorful form of indie-rock with warming fuzztones, massive synths, and explosive percussion all done with a tasteful and fresh appeal.

"Now Or never" feels quite driving and with its musical swells and huge floating array of sounds and emotionally bright vocals.

The song is very addicting and sounds like something that could be in the scene of a film especially with its passionate performance and wonderfully vibrant scattered atmospheric vibe.

It's like The Killers meet U2 and listened to a bunch of Arcade Fire and some of their favorite Modest mouse records. A very alive and breathing sound takes over as the song plays on and you can't really help but get absorbed.

The side - B is dubbed "Turn It Around" and this is is very classic rock influenced although it keeps that staple sound. It feels like the end of an album type of track with a more stripped down vocals and keys tonality to it.

Both songs are really good and show an impressive and smart form of songwriting that we kind of missed for a bit there.

Stingray Central released an EP last year called Green and it was in great collaborations with some ultra creative musicians. The EP is also quite impressive and can be found on the artists Spotify along with other releases that all have a life of their own.

Stingray Central is a very informed, collaborative, and driven artist that isn't afraid to drop the kind of songs he wants to.

This is what other young artists should follow. The freedom to do it all, and then actually go for it.

We suggest getting started with "Now Or Never" and digging in from there. Either way there's plenty to love about Stingray Central.