Stuntdriver Drops The Alt-Pop Album You've Been Waiting For 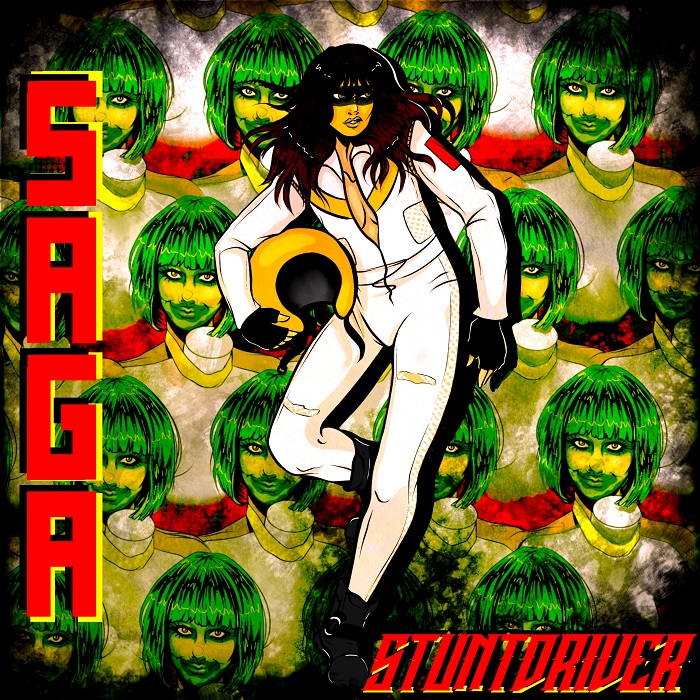 If ever there was the epitome of alt-pop it is 100% Stuntdriver all the way and the new album release is all the proof you'll ever need.

The Saga album is laden with invasively alive pop edge in the form of supreme energy and a blitzkrieg of blisteringly blissful bangers that each have a life of their own but also come together to create a powerhouse of an album.

Having had the pleasure to hear some of these songs as they released singles from the record, we can say that if you love any of these songs, you will certainly fall in love with the rest of them.

This album is a rainbow colored alternative pop, art rock record that utilizes outstanding production that has no bounds in combination with the aesthetic of a live performance from an arena level show.

The entire record has more presence and character than you may be able to even handle. But you will because you'll quickly become addicted to its whole feeling.

Stuntdriver drops songs that make you think lyrically, and make you dance musically.

You blast them with the volume all the way up and before long you're singing along with many of the chorus lines that feverishly took you over.

Fists in the air total powerhouse bangers that have a massively driving sound and whip you into a future world built and by Stuntdriver.

The band lives in a world of their own and it's ultra fun to step into it and love them for a while.

Surprises around every damn corner and yet you still expect the unexpected. But really it's that you expect that unexpected to be damn good. And it always is.

Stuntdriver is like Peaches, Yeah Yeah Yeahs. 30 Seconds To Mars, Red Knife Lottery, L7, and Metric all decided to make a record together only better.

Yes I said that.

If you don't believe me, just listen yourself.

This record will kick your ass in the best ways and have you crawling back for more.

A swirling cinema of sound that melts your face in a totally new way, Stuntdriver delivers yet again and this time in the form of a full album and it's so intense it's likely as much as you can handle in one sitting.

But the entire album as a whole is the way to go.

Just remember, we said it first.