An Interview With Ten Gram Tang 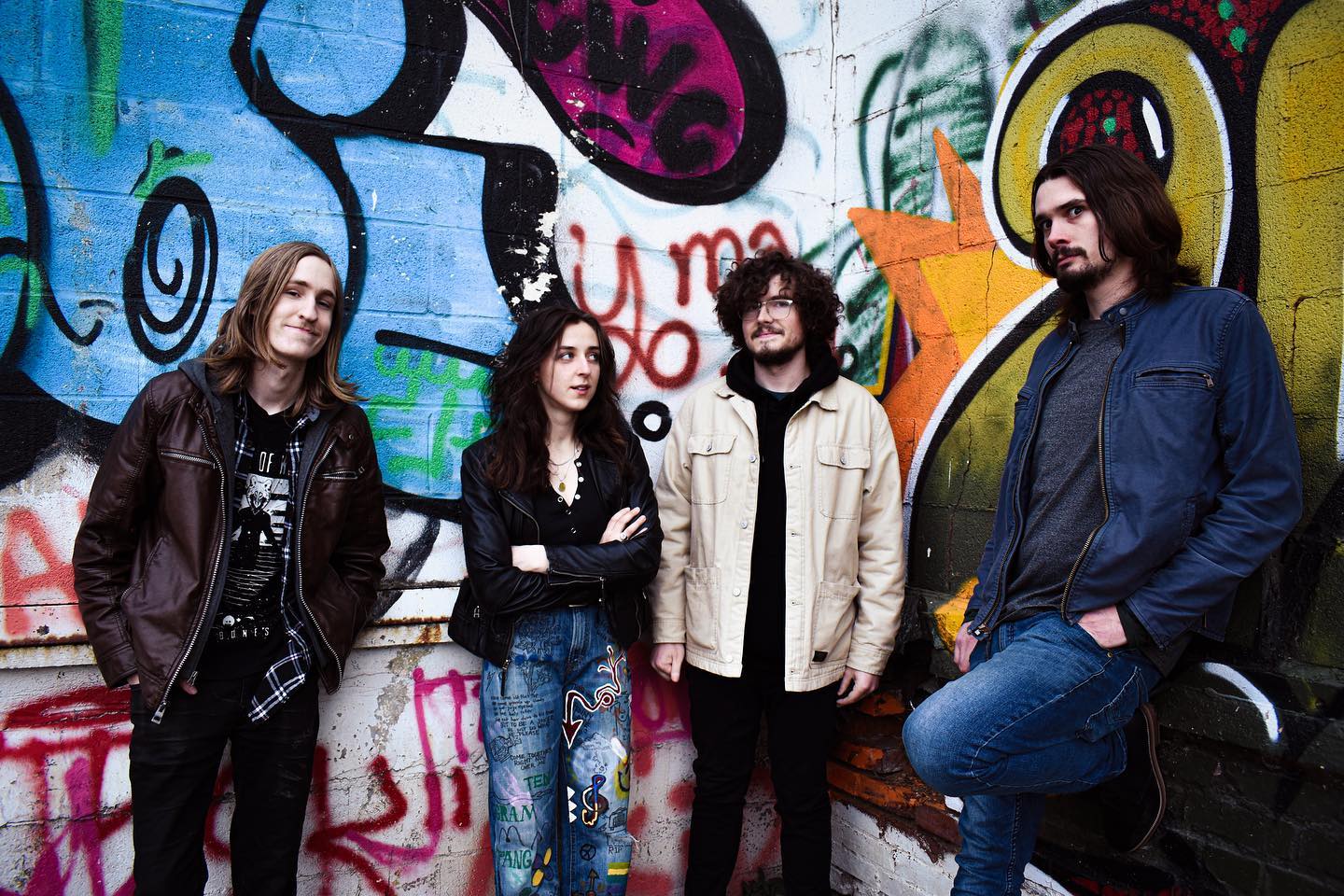 The single has more heart and soul than you can handle but you'll try and and you'll love doing it cause these guys all perform with passion and do it tastefully so.

Front woman Paige MacKinnon is a major driving force of this band and her vibrancy is unbeatable even on record.

Once you listen to this band you'll immediately want to see them live as you just know they are  going to be astounding on such a platform.

Vocals belt, guitars rock on with a touch of southern undertone and the whole band just vibes off of each other's energies the way  old school jazz records did it.

You can feel that energy and that zone laid out on the track and just thriving with a realness and a youthful raw liveliness and color that becomes  completely addicting within a few seconds even.

"Walk Me Home" is  an absolutely perfect way to introduce yourself to Ten Gram Tang and it just so happens they are releasing another single as a bonus tomorrow  called "Hard Truths" which brings something new  to the table but doesn;t stray from the staple sounds that make this band what they are.

With everything happening right now, we wanted to sit down with Ten gram tang to talk about where this is all headed and how it all started.

TSWS: Okay so let's start with "Walk Me Home". This song is like an indie rock track with some powerful and soulful vocals. What a killer sound! Where did this song come from?

-Well, Connor and I (Paige) started writing songs together in my garage at my parent's house back in Massachusetts. Our writing process has taken many forms, but this time Connor already had the melody to the chorus, and I added lyrics to it. They're based on a really happy memory of mine walking back to my date's apartment on a cold January night in Boston locking arms and laughing through the cold. I do remember the moon being out and being in Boston we weren't far from the ocean so I guess it's a pretty literal interpretation of this walk home (pun intended). The rest of the song I created based around this central theme and storyline. Funny enough I think I wrote the intro to the song which is my favorite part, last. Songwriting is sort of like a puzzle to me, I find it really satisfying when all the pieces come together in the end.

TSWS: I enjoyed watching the video as well. It looked like a long drive haha. Did this take long to accomplish? Were you all happy with the outcome?

-I thought it'd be a really special way to capture our little caravan journey to Nashville from Boston. Yes, it was 17 hours over a two day period and yes it was so exhausting! But still really fun. However, about 40 minutes or so into the drive the trailer that Jackson our drummer was towing fell off the hitch. It happened right in front of my car. I'll be honest it was pretty scary, but luckily Jackson heroically managed to pull over. We waited over an hour for a tow truck to bring a jack to reattach the hitch to Jackson's car. Not the most ideal way to start off our trip but we managed to make the most of it. There are a few clips of this roadside hangout in the Walk Me Home music video that we laugh about now. Don't worry you can too. This was my first attempt at editing video. It was fun and challenging but I am really happy with the outcome!

TSWS: I also absolutely loved the "Vintage Slide" single you released. What bands and artists really influenced you guys?

-We all have really unique and passionate musical tastes. Connor is the band's classic rock historian. It's really cool. He takes a lot of influences from Jimi Hendrix, Eric Clapton and Duane Allman but we both really love Jack White and all of his projects over the years. I think Jack White's influence can be felt in a few tunes on this album. I love Janis Joplin myself. I like to think I channel some of her raw emotion into my singing but it's hard to compare anyone to a legend like her. Jackson loves Tool and is a self described "90's boy." I'd say that's a decade we all find a lot of our favorite bands from. Matt Spears,our new bassist, finds his roots in Led Zeppelin, Microwave, and Manchester Orchestra. There is as much overlap as there are differences and I think that's a happy place to be creating our unique sound from.

TSWS: How did all of this start for you as a band?

-I came home from a year abroad after college in 2018 with a notebook full of lyrics and ideas I had accumulated over my travels. It was a time I can describe as having a lot of pent up emotions and I just kind of stumbled upon writing songs. It's hard to describe why or how but I guess I did it because it felt good. I started playing open mics around town and Connor heard me sing a few of them one day on his work break. I asked him if he wanted to start a band and that began our chapter of garage songwriting sessions that eventually led us to finding Jackson and moving here to Nashville. Where we just met our new bass player Matt Spears!

-I think writing songs for me so far has always been a way of overcoming struggle and processing emotions. When I can get a thought or a memory into a song it no longer has the power to affect me, if that makes sense. So I guess songwriting is sort of a selfish act, but performing is giving your song away. It's no longer just for me, it's not even about me anymore. The song is whatever connection the listener can draw from it (if the song's any good). I think there is some kind of hidden special magic in that, that I think is so spectacular.

TSWS: What's next for you guys? Anything new in the works even now?

-With covid and everything else happening in the world right now we've definitely felt the stress and anxieties build up over this past year. Like everyone, it's been hard to stay positive some days, but I think we've been really trying to channel our energy into successfully marketing and getting this album out because we're just so proud of how far we've come.  We've got our own T-shirt printing operation set up that we're really excited about! So if you're into new band merch we've got you covered. That being said we're always writing and working on new tunes that's the perk of living with your band!

TSWS: Will you be doing more videos? I hope the answer is yes!

-Hehe yes! Right before we left Massachusetts in September, we filmed a music video with our amazingly talented friend Zack Totto for our next single "Hard Truths" which will be out next week on 1/26/21! We are in the final editing stage for that video and it will hit the web very soon after the single is out so we're really excited for that.

-Two words: Day & Jobs. Haha. Trying to not get covid. You know, the normal 2020 and hopefully not all of 2021 activities. I write a lot, and I like to build subpar furniture and other little projects. Guitar work too. I have put a few holes in my bedroom wall to my band/housemates chagrin trying to hang things that are too heavy. Connor is taking classes working towards his engineering degree. Jackson loves to read and watch his favorite movie 'No Country for Old Men' which to his dismay I still have not seen. And Matt Spears has a Ford Mustang that he loves to work on!

TSWS: You guys seem like such a free band, making music on your own terms. What sort of advice would you have for other bands out there trying to get heard?

-I think I would always tell people to go for it. If you believe in your sound and the stories you're trying to tell, give it all you got. It is a lot of work and there are so many things we still have to figure out, but music is the best thing to have ever happened to me. If you feel the same way just keep tackling the next hurdle in front of you and keep having fun. It'll all  work out.

-We want to say thank you so much. Being a new band can be scary. We are really putting ourselves out there and to know that even one person is enjoying what we have poured our hearts into is more than enough to keep going. I guess I hope my stories help you process your own lives and feel connected to other people in this time of isolation, and we all hope our sound makes you dance and groove and be excited about life! 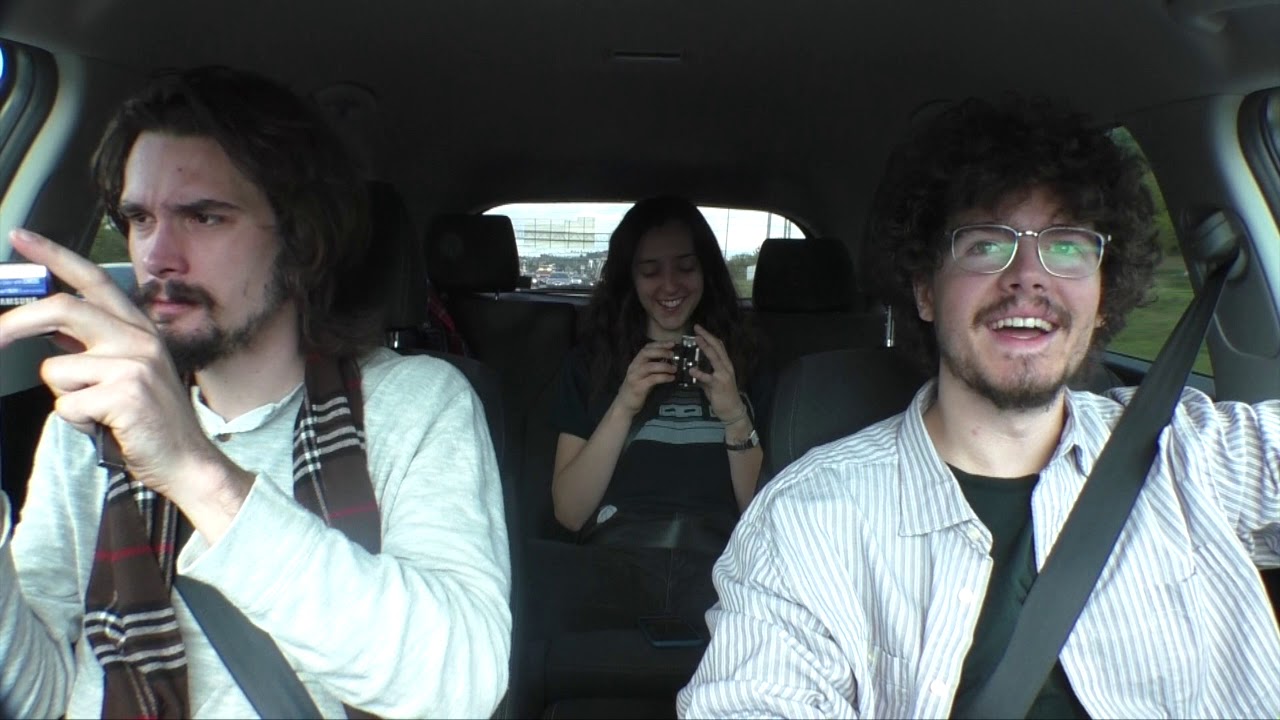